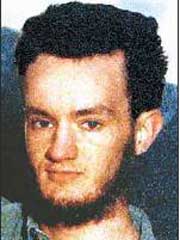 Imagine you’re the President of the University of Oklahoma, or an official in state or local government, or an FBI spokesman, or an official high up in Oklahoma law enforcement. A kid blows himself up just outside a stadium packed with 82,000 people. So what do you do?

When the smoke has barely cleared, before the forensics techs have even finished scraping the body parts up off the sidewalk and putting them in little bags, you say, “This was an isolated event. A troubled young man took his own life. There was no political connection or any relationship to terrorism.”

How do you know that?

And why do you say it so early in the investigation? Is it:

If not, then what’s the hurry? Do you know something we don’t know? Did you have the kid’s phone tapped, or an undercover agent planted in his apartment? What about the Pakistani roommmate and the attempt to buy ammonium nitrate? What do you know about that?

You could issue the usual boilerplate announcement, “It’s too early in the investigation to be sure what connections this incident may have had to Islamic terrorism. All I can say is that my men are working around the clock to find the answers.”

So why didn’t you say that?

One thought on “So Where’s the Fire?”