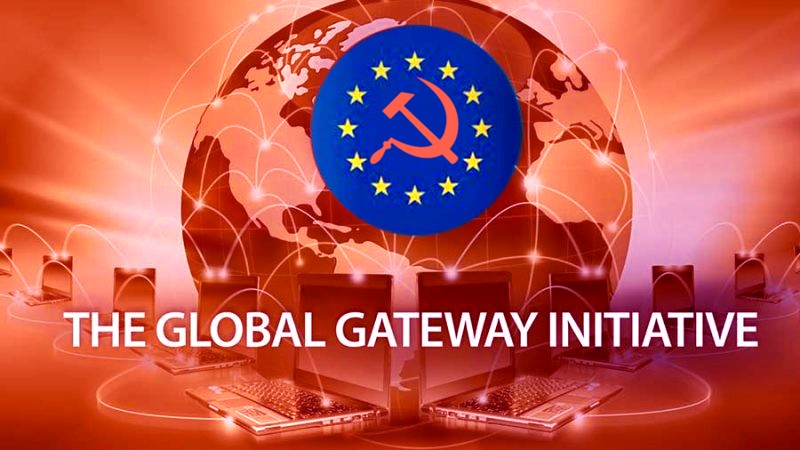 Although the Great Replacement is considered a “conspiracy theory” by the bien-pensants who run the media, it is widely recognized and understood to be true by the general populace of the European Union, especially among the culture-enrichers who are being imported to do the replacing.

During the process of replacement, all dissent about what is happening is to be silenced.

And now 5G technology is being rolled out to ensure that the remnant population of native white Europeans is fully assimilated into the Hive Mind in the European franchise of the New World Order.

Many thanks to Hellequin GB for translating this article from the Swiss outlet Uncut News:

The European Commission is working on a so-called Global Gateway Initiative. This initiative is about a number of things. First, it is about building a 5G network across the EU. The question is what this 5G network will be used for by the government.

The Global Gateway Initiative is also about monitoring European digital media. That means the government wants to start monitoring everyone on social media, with 100% coverage of the European population.

“In other words, we retain freedom of speech, but only if it’s the government’s opinion,” De Graaff said. “The government will fight any citizen who has a different opinion or dares to criticize the government.”

Renowned medical professionals, doctors and even Nobel Prize winners in medicine have been censored by Twitter for posting scientific articles that clearly show that coronavirus vaccines have serious side effects, argues the MP.

“The government has censored science because it has shown that its corona policy leads to serious health damage. And that teaches us what the government means by fighting disinformation: controlling information for citizens.”

The EU is providing up to €18 billion to fight “disinformation” to control its own citizens and limit freedom of expression.

And for those Citizens who are still critical of the EUSSR’s Politburo Members after the implementation of this “LAW”, the next step will be punishment battalions to be sent and to die in Ukraine for “Western values”. The rest, who aren’t of “military” or “fighting” age, will be sent to gulags for re-education and hard labour. I don’t think even George Orwell could have dreamed that this could actually be happening.

7 thoughts on “You Will Be Assimilated”