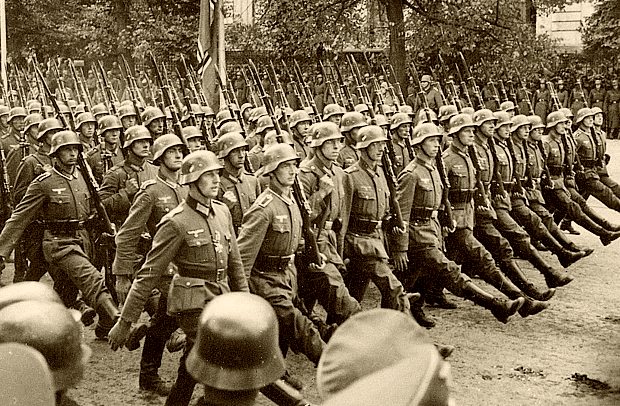 The taxes I pay are collected coercively. If I don’t pay them, I face the possibility of being summoned to court — at gunpoint, if necessary — whence, if I persist in my refusal, I can expect to be escorted to prison by armed marshals and remain there for a term specified by the state.

But what if the government were to finance itself the way churches do, that is, by soliciting voluntary contributions? (I’m referring to the USA, of course; I realize that in some European countries, for example, it is customary for major denominations to be bankrolled by the state.)

How much money could the government obtain by asking its citizens to donate to the treasury out of the goodness of their hearts? It would have to hold periodic fundraisers, the way NPR stations do, and offer premiums to donors for their contributions. A zoning variance, say, or perhaps a year’s supply of processed government cheese.

My guess is that government employees would have to tighten their belts and grow accustomed to making do with a lot less if they ever had to rely on the voluntary generosity of citizens to finance their programs.

When you look at it that way, it’s obvious that the whole idea is completely absurd. Any organized collective that subsists on donations is definitely not a government. Government is coercion. That’s what defines it. A government is a collection of people who use the threat of force to bend other people to their will. If it were any other way, it wouldn’t be a government. 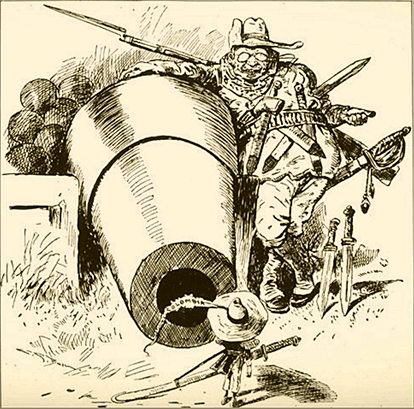 The process described above is independent of ideology. The government may use coercion to enforce a particular ideology, but coercion itself is apolitical. It’s simply the process by which a government achieves its ideological ends.

At this historical moment, the Left is ascendant, so the coercive power of the state is employed largely to enforce leftist diktats. However, there’s no reason to assume this arrangement is permanent. In the past, state power has been used to achieve ends that are generally considered right-wing (and no, I do not mean Hitler and Mussolini; they were just as much leftists as our present bosses). Political fashions come and go, but state coercion remains.

I propose a new paradigm for liberty-minded people, one that focuses less on ideological distinctions, and more on the divide between those who would let others go about their business without interference, and those who want to harness the power of the state to bend people to their will.

Since the Left is king of the hill at the moment, it’s hard to find progressives who actively oppose the use of coercion to enforce ideological ends. Yet there are some — Bill Maher and Glenn Greenwald come to mind, for example. The latter has been all but cancelled for his principled opposition to the coercive totalitarian measures pushed by his leftist colleagues. In an earlier era, the late Nat Hentoff stood out as a left-wing advocate for liberty. At the time he was referred to as a libertarian, before the word developed its exclusive association with right-wingers.

We deplorables should make common cause with anyone who sincerely opposes coercion by the state. Progressive ideas are largely harmless when they are not enforced by state power. They would gain no traction whatsoever in my part of rural Virginia if they were not imposed by federal ukase. Leftist policies are simply unpopular; we have nothing to fear from them in the absence of coercion. They are not, generally speaking, persuasive.

A person who yearns to wield coercive power above all else is generally indifferent to ideology. He adopts an ideological stance for the sake of expedience, but discards it when the political winds shift, like changing a suit of clothes. Ideology in itself doesn’t matter. It is the bending of others to his will in which he finds pleasure and gratification.

In that sense, the will to power is an ideology in and of itself. Traditional ideologies are simply a screen behind which it can hide, and which can be used to divide and fragment any opposition to that power. A totalitarian dictator likes nothing better than to set the Left and the Right fighting each other. Partisan conflict is immensely useful to the Powers That Be.

Divide and conquer — ’twas ever thus.

It’s a mistake to think of an entity such as the World Economic Forum as left-wing. Yes, it has the appearance of being leftist, but that is because, as I said, the Left is currently ascendant. If the political winds shift, it may take on a right-wing aspect, or adopt a completely new political flavor when one emerges on the scene.

Its only ideology is to acquire, maintain, and exercise its own power. 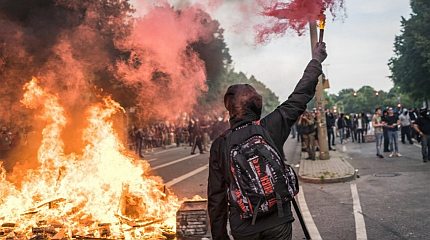 A corollary: any group that engages in sustained violent coercion is a de facto agent of the coercive state. Antifa and Black Lives Matter come to mind in that regard. They would not be able to engage in their violent tactics with impunity if they were not acting as the enforcement arm of the existing power structure. The fate of the January 6th “insurrectionists” tells us what the state is capable of doing when someone thwarts its will. Antifa thugs would be languishing in solitary confinement if what they did ran contrary to state policy.

It should have become obvious by now that the U.S. Constitution is no longer the law of the land. Take, for example, last week’s (WARNING — disturbing video) Cherokee Indian SWAT raid in the mountains of western North Carolina. An unarmed man was summarily gunned down by local agents of the coercive state. Amazingly enough, he survived the encounter — and is facing criminal charges, naturally.

If you appear “confrontational” or “threatening”, beware! You may be shot. Actually, you can be shot for no reason whatsoever. If the cops are nervous, or have perhaps kicked in the door of the wrong house, it’s BLAM! And then you’re singing with the angels.

When that happens, you (or your heirs) will have no recourse — there’s almost zero chance that the peace officers who ventilated you will ever be brought up on charges, much less convicted and imprisoned.

That’s how we know the Constitution is dead. 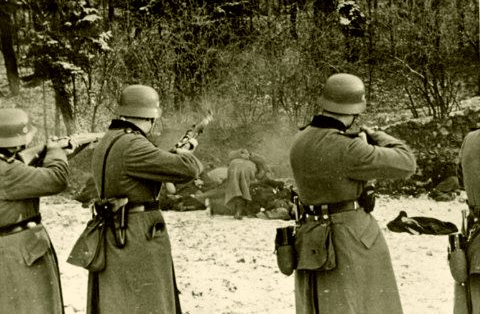 If I focus on the Left as an object of my antagonism, I am falling into a trap. The Left is like a frightening carved statue set up to guard the entrance to the Temple of Power. It’s placed there to draw the anger and antipathy of any who oppose that power, and to divert their attention away from the real enemy.

If I spend most of my time obsessing on Joe Biden or Kamala Harris, even to mock them, I am falling into the same trap. Joe Biden was put into place for exactly that purpose, to be a lightning rod that draws the current of righteous popular anger and disperses it harmlessly. When he is gone, there will be another one set up in his place.

Make common cause with anyone who earnestly opposes the coercive power of the state, regardless of any disagreements you might have over the hot-button issues of the day. In the end, those are ephemera.

The Eye of Sauron is your real opponent.

In a few years’ time, anyone who lives in an urban or suburban area will be continuously surveilled by CCTV, street furniture, home appliances, and their own phones. If they want to be able to purchase the basic necessities of life, they will be forced into compliance with the dictates of the central power. The government will be privy to the smallest details of their lives, and guide their choices to conform with the requirements of the state.

This will happen whether Democrats or Republicans are in power. It is on the way regardless of any political machinations. Those are mere theater. The entire process is the natural unfolding of state power as enabled by the latest advances in technology.

Opposing it is quixotic in the extreme. Our chances of success are as close to zero as they could possibly be.

Frodo says, “I wish it need not have happened in my time.”

Gandalf responds, “So do I, and so do all who live to see such times. But that is not for them to decide. All we have to decide is what to do with the time that is given us.”