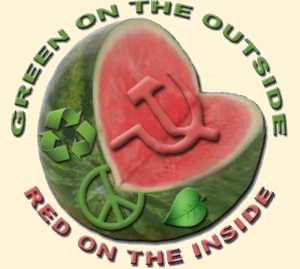 Many thanks to Hellequin GB for translating this article from Pleiteticker.de. The translator’s comments are in square brackets:

The Bundeswehr recognizes that war damages the climate and the environment. [They only notice this NOW? What an insight!] But now she is planning the “transformation of the armed forces into a sustainable army.” This should have extinguished the last spark of hope for the military capability of the Bundeswehr.

Defense Minister Christine Lambrecht stumbles from one embarrassing appearance to the next. Now they want finally make a laughingstock out of the Bundeswehr. [Is that still possible after Shotgun Uschi and AKK?] Whether with photovoltaics on barracks roofs, synthetic fuel or “green” stickers for new acquisitions: the Bundeswehr should transform itself. Transform ecologically. “Green” was once only camouflage for the troops — now it should be for the whole troupe. The Bundeswehr should become climate-neutral. [Wouldn’t the outright disbanding of the Bundeswehr be so much simpler? That’s what this boils down to in end, doesn’t it?]

The Bundeswehr would like to use photovoltaic systems to increase its independence from external electricity providers. A look at the current electricity mix is enough to show that photovoltaic systems have hardly generated any energy in the last few days. Only an average of three gigawatt hours were generated at lunchtime, just under two percent of the total. That’s not how you run an army. [Certainly, that’s the way to run an army, especially when your aim is to run the army into the ground.]

Things are looking rosier for synthetic fuel, if you trust government experts. The Bundeswehr’s group of experts agree “that the majority of vehicles can be operated with synthetic fuels in the future.” In fact, synthetic fuels are a thing of the future — and de facto not an option for many means of transport such as cars due to their energy inefficiency.

While the Ministry of Defense is planning the transformation of the Bundeswehr, the huge supply gap continues to widen. However, little has happened since the start of the Russian war in Ukraine and the decided-upon special fund. The Bundeswehr is now even in a worse situation than before. The reason for this is the donations in kind to the Ukrainian army. However, Ms. Lambrecht insists that Germany is defensible. With deficiencies in everything from munitions to personnel and heavy equipment, our soldiers may not be able to defend our country. While Lambrecht blabbers about “green transformation”, the troops haven’t even had ammunition for years. In the Bendlerblock [Ministry of Defense], people apparently no longer know what’s going on in the Bundeswehr.

Christine Lambrecht would drive the Bundeswehr completely against the wall if there were still something mobile. If the transformation of the Bundeswehr is as successful as the energy transition, then in the future only bicycles will actually be used. At least the Bundeswehr itself recognizes the limits of ideological climate policy. What will be done with this knowledge, however, is another question.

There is no more consistent or better way to lead a country into the abyss. It is amazing that the politicians who are currently de-industrializing and breaking up Germany are still getting high poll numbers. As if the voters were all masochistically inclined.

I guess I’ll have to use Hillel, the Elder (110 BC-10 AD) again: “He who refuses to learn deserves extinction.”

10 thoughts on “The Greening of the Bundeswehr”