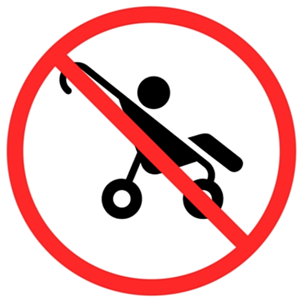 The title of this post is a reference the dystopian 1992 novel of the same name by P.D. James. It seems apropos, given the events it describes, which take place in the year 2021.

Many thanks to LN for translating this German-language article from Rubikon:

The German Federal Institute for Population Research reports a collapse in total fertility and birth rates nine months after the start of Corona vaccinations.

A commentary by Jens Bernert

A sharp drop of 15 percent in the birth rate in Germany in connection with the “Corona vaccinations” is reported by the German Federal Institute for Population Research [1][2][3][4]. The seasonally adjusted monthly total fertility rate (TFR) declined by 14 percent. The Federal Institute points out that the dramatic crash in the two rates, calculated on the basis of births, began nine months — the length of a pregnancy — after the campaign to vaccinate the fertile cohorts began. The study rules out reasons for the decline other than the vaccination campaign.

The English-language study, with the translated title “Fertility Declines Toward the End of the COVID-19 Pandemic: Evidence for Birth Declines in Germany and Sweden in 2022,” can be found on the website of the German Federal Institute for Population Research, where it can also be downloaded as a PDF file [5]. The study authors use statistical methods to examine the development of birth and fertility rates in Germany and Sweden.

The birth rate or “seasonally adjusted monthly total fertility rate” refers to all women, including unvaccinated women. This means that the decline in these two rates in relation only to the vaccinated is realistically likely to be much more dramatic. Since the evaluation is based on live births, miscarriages, abortions of damaged fetuses, etc., naturally also play a role here.

The introductory abstract to the study states:

“We rely on monthly birth statistics and present seasonally adjusted monthly total fertility rates (TFR) for Germany and Sweden. We relate nine-month lagged fertility rates to contextual trends in COVID-19 mortality and morbidity, unemployment rates, and COVID-19 vaccination. The seasonally adjusted monthly TFR in Germany fell from 1.5-1.6 in 2021 to 1.3-1.4 in 2022, a decline of about 14 percent. In Sweden, the corresponding TFR fell from about 1.7 in 2021 to 1.5-1.6 in 2022, a decline of almost 10 percent. There is no relationship between fertility trends and changes in unemployment, infection rates, or COVID-19 deaths. However, there is a strong association between the start of vaccination programs and the decline in fertility nine months after the start of these programs.”

The Federal Institute study states that the decline in fertility rates did not occur for other reasons under discussion. Consequently, it states:

“In contrast, there is a clear association between the start of the vaccination programs and the decline in fertility that occurred nine months later. In both Germany and Sweden, vaccination campaigns peaked with mass enrollments for primary vaccination in April, May, and June 2021, followed by a wave of secondary vaccinations that peaked between May and August of the same year (two vaccinations were considered fully vaccinated). The implementation of these programs in both Germany and Sweden coincides with a marked change in fertility rates exactly nine months later. Fertility rates remained at lower levels throughout the first half of 2022.”

Finally, the study discusses the results. It then states, for example:

“Other known explanations for the change in fertility over the course of the pandemic, such as the effects of health-related and economic factors, do not appear to be associated with the timing of the fertility decline in 2022.”

For those wondering at this point why such a study, from which one would actually have to draw a connection between the “Corona vaccines” and plummeting fertility rates, was allowed to be conducted at all in this day and age, the answer is provided in the next, speculative section explaining the hard scientific facts established:

“On the basis of the descriptive associations presented in this study, we interpret the post-pandemic change in childbearing behavior as a response to the changed circumstances that were anticipated as societies opened up to pandemic-free conditions. In some cases, there may have been a more direct impact of the vaccination program per se, as some prospective parents may have postponed their decision to have another child until they had vaccinated themselves.”

This speculation, apparently made along the lines of “that which cannot be, is also found in the study’s introductory abstract.” An attempt is made to “somehow” squeeze the existing scientific evidence regarding the collapse in fertility rates nine months after the start of the vaccination campaign into the official grid of the Corona saga, without even mentioning the “vaccines” as a reason at this point. This was probably urgently needed in order for the Federal Institute’s study to be published at all, even if only in English.

Unfortunately, it must be expected that politicians and the media will ignore the Federal Institute’s study as largely as they have ignored the latest data from the Federal Statistical Office on greatly increased death rates in Germany, which show a temporal connection with the Corona vaccination campaign [6].

Note on the article: This text first appeared in Rubikon — Magazin für die kritische Masse, whose advisory board includes Daniele Ganser and Hans-Joachim Maaz. Rubikon depends on donations and needs support. We need many alternative media!

4 thoughts on “The Children of Men”