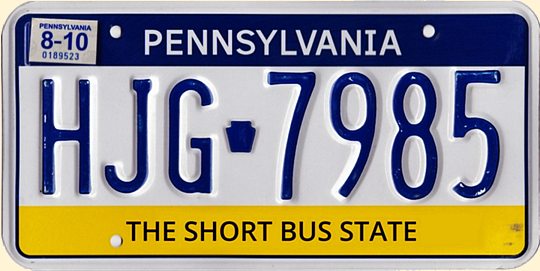 It’s my contention that pushing Senator-elect John Fetterman across the finish line in Pennsylvania was the most important goal the Deep State set for itself in Tuesday’s midterm elections.

A Fetterman victory, even more so than the “election” of Joe Biden in 2020, would demoralize what remains of conservative opposition to the progressive ascendancy in the USA.

Those who accept Mr. Fetterman’s win at face value — which seems to mean a large majority of voters — are forced into the realization that most of their compatriots are brainwashed zombies who would vote for a slime mold if it was running as a Democrat. It’s therefore no longer possible for them to view the electorate en masse as a repository of civic virtue.

On the other hand, those who consider it obvious that the election of John Fetterman was fraudulent — and I count myself among them — are placed in an uncomfortable position. President Biden and the media set it up ahead of time so that anyone who questions an electoral result — at least one that ends in a Democrat victory — is a “danger to democracy” and quite possibly a domestic insurrectionist. If you hold elective office, or are a government employee, or are even just trying to keep your job with a major corporation, you’ll be well-advised to keep your mouth shut and pretend you believe the election was on the up-and-up. You therefore become a forced participant in the Big Lie. It’s humiliating and degrading, and it helps to further atomize any political opposition to progressive rule.

I’m OK — I’m old and insignificant, and I don’t have an employer. I can say what I like. But there are plenty of people who don’t have that luxury. They have mortgages and families to support. They have to face the possibility that their kids may be taken away by CPS. As a result, they do triage when considering their potential actions. For public consumption they’re going to have to smile and accept the election result as legitimate, whether they believe it or not. And that really sucks.

When traditional totalitarian states hold “elections”, the dictator and his party customarily receive 99% of the vote. The puppeteers in the Modern Multicultural West, however, are more shrewd and savvy about such matters. They realize that their selected candidate only needs 51% of the vote to win.

And pushing him through at that level means that the lumpenvoters will believe the result is real. In the Soviet Union everyone knew the election result was a lie. They had to pretend to believe it, but they knew it was a lie.

But in the USA most people believe that the progressive apparatchik who wins an election with 51% of the vote really did win it, and they will tend to disregard any accusations of large-scale systematic election fraud.

It becomes even more demoralizing when you realize that even without all the fraud, Mr. Fetterman would still have come close to winning the election. Even without all the dead people voting, without the bused-in winos voting several times in multiple precincts, without all those conveniently discovered boxes of mail-in ballots, the brain-damaged Democrat candidate would probably have gotten — what? maybe 47%, 48% of the vote?

The fraud was only necessary at the margin, to push him over the top. Media propaganda, indoctrination in the schools, and the ubiquitous bubble bath of progressive ideology on social media did the rest.

And Pennsylvania is not an outlier. This country is well and truly screwed.

Contemplating all this stuff is depressing. It makes me reach for the bottle and pour myself another glass of wine.

Note: The title of this post is a reference that people under the age of sixty may not get. When I was a kid in elementary school, “special class” was the class where retarded and emotionally disturbed children were segregated and taught by teachers who had the relevant training. I don’t know what they call it now. They probably don’t even have a 21st-century equivalent, because it would be “discrimination” against such children, who need to be distributed among the normal kids. Whatever that means these days.