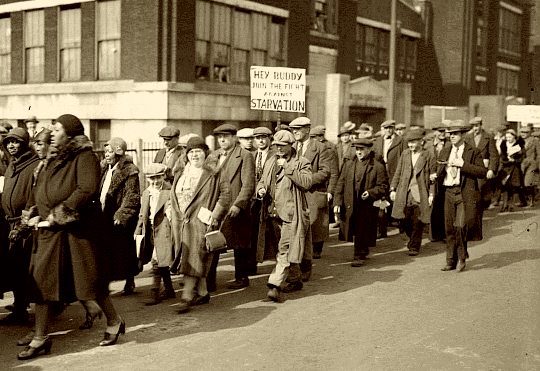 The article below describes an interesting debate in Germany about whether politicians should be required to have had previous employment outside of government, and whether their pay should be commensurate with what they received in the private sector.

The Greens would starve: majority for paying politicians after their previous job

A large majority of Germans are in favour of the baby babblers up there, and before they make themselves comfortable in the political hammock, having had a real, real job outside in professional life. They should then also be paid accordingly in their parliamentary life. Consequence: left-green permanent politicians would thus be on a starvation diet.

“Someone who goes into politics without having a profession I can do without. Unfortunately, I know more than enough of them!”. This statement comes from former Chancellor Helmut Schmidt (SPD). This was based on the deep conviction that politicians could but return to their old jobs if necessary, to ensure their independence.

A large majority also find the proposal by Prof. Niklas Potrafke from the Ifo Institute (Institute for Economic Research) extremely interesting. He stimulates a debate about politicians’ salaries, which should be based “on the salary of the last job held outside of politics”.

Instead of a whopping Bundestag Parliamentary Allowance, currently €10,323 per month, things would look more than bleak for some politicians, especially for the hammock farts from the Left-Green spectrum. According to a statement by the Bild newspaper, for SPD boss Saskia Esken this demand would mean that the state-certified computer scientist would have to make do with €2,500 per month. The weighty, ungraduated Greens leader Ricarda Lang would, like her Greens boss and colleague Omid Nouripour, along with untrained and uneducated comrade big-mouth Kevin Kühnert, depend solely on minimal state support. In this long, long series of career failures that have made themselves comfortable like maggots in the political self-service shop, we find Claudia Roth (Greens), who dropped out of theater studies, history and German studies, or Katrin Göring-Eckardt (Greens), who studied forever [on taxpayers’ money, and has learned NOTHING of value].

Meanwhile, CDU leader Friedrich Merz — thanks to his network built up over decades, he was able to secure supervisory board positions at Cologne/Bonn Airport GmbH, at WEPA Industrieholding SE, or most recently at Blackrock, the world’s asset manager — would have to be remunerated by taxpayers with around €83,000. Justice Minister Marco Buschmann — the pseudo-liberal has the profession that the majority of political personnel in the Bundestag have studied, namely lawyer, would come to around €10,000.

In the best Germany we’ve ever had, it’s not a problem that college dropouts with no significant work experience can suddenly become Minister of the Greens or park their butts on VW supervisory boards. They become SPD General Secretary, who only know the world of work from hearsay. This game is also played by the CDU. Among other things, by NRW Prime Minister Hendrik Wüst. The party soldier has at least completed his studies and is admitted to the bar. However, he does not know anything about a professional life outside of politics. And such figures are crouching everywhere: whether in the Bundestag, in the State or district parliaments, there are often people at the helm who have nothing to do with normal life. And these incompetents also ensure that their friends and acquaintances, who are also unable to survive in the wild, get a job in their sphere.

I always thought that a parasite never kills its host deliberate, but these politicians, especially from the Greens/Left, have proven that assumption totally wrong. Anyone, and I mean anyone with a shred of common sense, could see such a development happening from decades away. People like that should not even be allowed to run a public toilet. When you think that the Ottoman Sultan had a profession outside of being a “Sultan” — as far as I remember Mehmed II, the guy who took Constantinople, was an accomplished glove-maker — just in case something were to happen and he was out of a “job”.

But in this day and age, these nincompoops believe that they do not need to have any form of education as long as they toe the party line and help themselves at the pigs’ trough to their hearts’ content.

And to top it all off, these piles of rotten offal believe that they are the country’s best and finest minds. In the meantime, in their ideological retardation, they are nothing more than heartless mercenaries who devise new catastrophes for the people, and through those their own enrichment. Why they aren’t gracing a gibbet, wrapped in chains and daubed with tar, is a mystery to me.

4 thoughts on “Comrade, Can You Spare a Dime?”