Ever since early 2020 the dominant theme in popular culture has been: Be afraid. Be very afraid.

For the last few months we’ve been inundated with propaganda about nuclear war.

After the Corona craze had run its course, we had a brief interlude of monkeypox hysteria, but that never seemed to develop the momentum necessary for a full-blown panic. So now we’ve moved on to the Ukraine crisis, and the evil Vladimir Putin, as a source of doom-and-gloom media histrionics.

The nuclear war theme emerged fairly soon after Russia invaded Ukraine. There was a big push to paint Mr. Putin as threatening to use nukes, even though he never did any such thing. At the same time we started to see “what to do in the event of a nuclear attack” PSAs in various major American cities. And the mainstream media kept up their fear-mongering with various nuclear-themed reports — retrospectives on the Cuban Missile Crisis and other incidents of nuclear alarms during the Cold War, analyses of what a nuclear blast would do to this or that major city, how to deal with radiation poisoning, etc.

I’ve recently come to the conclusion that a nuclear war is very unlikely, although I expect a “radiation incident” fairly soon, possibly even before the midterm elections.

The reason I say this is that the globalists of the New World Order, as exemplified by the World Economic Forum, are obviously not anticipating any nuclear attacks. They are ramping up their push for digital central bank currencies, social credit scores, 5G technology, the Internet of Things (and Bodies) and other long-term projects that involve intensive electronic infrastructure. That’s how we know they’re not planning for the grid to go down. They must have mapped out a way to keep enough juice flowing to at least keep the cell towers functioning, even during the horrific energy shortages that lie directly ahead.

Since the globalists, the media, and the top levels of the Western political apparatus are all in league with each other, we may assume that the nuclear war scare is in fact a feint.

I have a theory about the reason for it.

First they make sure the populace is terrified of a nuclear attack.

Then a “radiation incident” of some sort is arranged. Probably in Ukraine, via the false-flag use of a tactical nuke, perhaps, or an “accident” at one of the nuclear power plants, most likely the one in Zaporizhzhia.

As a result everybody in the West, especially in Europe, becomes frantic about radiation poisoning.

Then guess what happens?

Surprise! Pfizer and other pharmaceutical giants devise injections that mitigate the effects of radiation disease!

Rolled out at warp speed in just a few weeks. Administered by medical workers fitted out in radiation suits. Everybody is urged to show up at designated injection sites and get their “protective shots”.

They get everybody trembling in fear over the radiation, and then they provide the magical solution: yet more injections.

Compliance with the “booster” regime has fallen off to less than 25% in most countries, so something else is needed. A radiation incident is just the thing.

The push for more injections has been intense and obvious since late 2020. The big question is: WHY?

The flu shot was never pushed anywhere near as hard as the series of mRNA jabs. I’ve never in my lifetime seen anything like the propaganda blitz that we’ve been subjected to on behalf of the experimental “vaccine”. Somebody really, really wants to see more needles in arms.

The evidence for the harmful effects of the mRNA treatments is now undeniable. They are especially contra-indicated for small children, and now the CDC has just given its imprimatur to a new regime that will, in effect, force parents to have their kids vaxed in order for them to attend public schools.

I think we can rule out the possibility that top-level health authorities are motivated by the medical well-being of their citizens. It’s fairly clear now that they’re pushing these injections despite the fact that they have been proven harmful.

After browsing various paranoid postings in the deplorable alternative media, I see three possible explanations for this demonic campaign:

A combination of some or all of the above reasons is possible, even likely.

So the good news is that no one need fear the imminent appearance of a mushroom cloud on the horizon.

The bad news is that we can expect something that is far worse for us, in the long run.

The sad thing about the Internet of Bodies is that an awful lot of people, maybe a majority, will eventually choose to participate voluntarily. The propaganda is very effective. Embedding those chips is so convenient, and all your friends are doing it, so why not?

The big test will be when or whether it becomes mandatory.

It’s like the use of cell phones for everything. I don’t own a cell phone. But how long until owning a cell phone becomes mandatory? It will be made more difficult not to own one after cash is abolished and you have to have a phone to buy necessities. And if you somehow manage to get around all that, will there be a law which says you have to possess and carry a cell phone, or risk being arrested?

I’m not on any social media. Will it become mandatory to have a social media account of some sort? All so that you can have your social credit score updated regularly based on what you post or like or buy.

Well, anyway… That’s how we know the elites are not expecting the grid to go down. They have plans for us that include the absolute necessity of a continuously functioning electric grid. 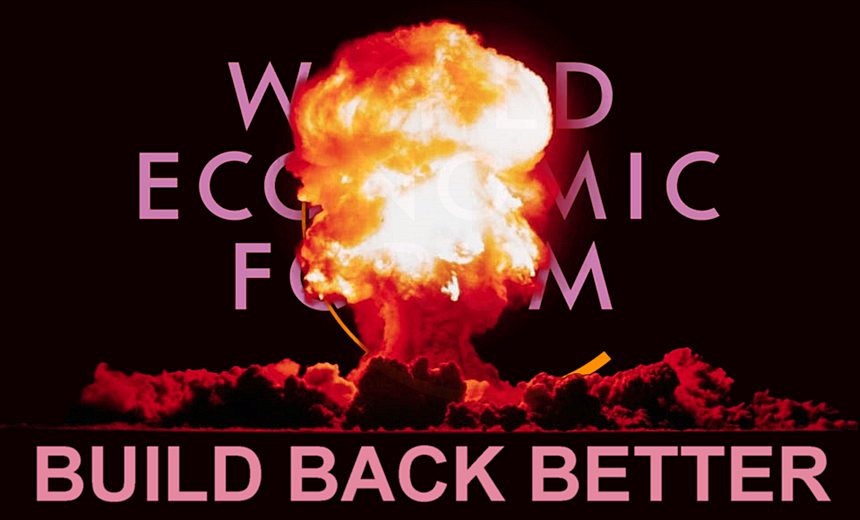 12 thoughts on “Fade Away and Radiate”