The following essay was posted earlier today at Vlad Tepes in a slightly different form. Vlad embedded the videos in the original post, but I’ve just included them as links. 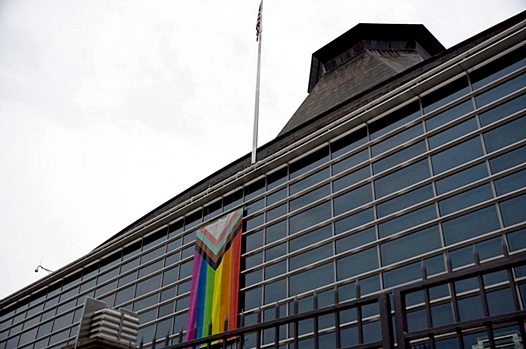 It is about stopping people from reproducing

All of it, from what I can tell. First, watch the opening 40 seconds of this video where it is revealed that the group the EU wants injected with Covid shots the most is pregnant women:

The list of legal changes, not to mention attacks and transformations on the culture all have a few things in common depending on what level of abstraction we operate on. But at the practical its for sure one result. Making normal human reproduction nearly impossible and certainly very undesirable. In fact, changing the cost-benefit of having a family in every possible metric, sexually, psychologically, financially and in every way.

So let’s look at some of the things which make reproduction less likely. These are not in chronological order. Just the order I remember them.

Feminism: The original Feminist project was a rebranding of a Marxist line of effort to make marriage and families difficult. To collapse the West by creating a “war of the sexes” (before they came up with the word “gender”) when in the 200,000 years of human evolution prior to that, there was no war of the sexes. Below is an interview I did with an expert on feminism, Karen Straughan, back in 2018. It is still interesting and to the point, in my opinion. Karen is actually listed at the SPLC as a Male Supremacist enabler. So you know she has to be worth listening to. She covers a lot in this video, including insane and unfair divorce laws which also make people less likely to have children.

(There is some language in this video)

Experimental mRNA injections: We have been writing daily about these shots. But it became known early on that the spike proteins your own body makes by the trillions after the shot have a special affinity for ACE2 receptors. These can be found in the heart, but especially in the endometrium and also the gonads. Both male and female. Dr. Chris Shoemaker reported that there is a dramatic drop in sperm production for six months after each injection. Which is quite a coincidence, as that is when WEF-controlled Western governments seem to demand the entire population space out their shots. At least one every six months.

I should add that Bill Gates introduced a vaccine to India some years ago which had the effect of sterilizing a lot of people who received it. One may suspect that was the primary purpose of that shot, since the effect was so far afield from the one for which it was administered.

Also, here a Kenyan medical doctor reminds us that attempts to sterilize people with vaccines is not new.

Glorification of all sexuality other than heterosexual which could lead to conception:

Gay pride is all year. A flag substantially larger than the US flag was photographed hanging on the side of the US Embassy in Ottawa well after “pride month” was ended. It was the new flag that includes every possible sexual activity other than men with women and women with men. Homosexuality is positively canonized. Criticism of any sexual activity other than men with women is pretty much a crime, as Canada’s loathsome hate-speech laws now include non-“heteronormative” groups as needing the protection of censorship. One of the cabinet members of British Colombia, BC’s health minister Dr. Bonnie Henry, during Covid suggested along with social isolation and masks and so on, that men use “glory holes”. Can’t imagine why you wouldn’t get Covid that way, but I can see how no one gets pregnant. But then, BLM protests and ANTIFA protests where also immune from Covid. Only conservative gatherings were a health risk in 2020.

[Pride flag at the US Embassy in Ottawa; see photo at the top of this post]

It is still illegal for a child under 18 to get a tattoo. After all, its a permanent mark on the skin and its quite possible when they get a little older they may not think its such a great idea to have the entire Smurf village tattooed on their chest, or whatever is popular with children at the time. You cannot drink under 18, and in some places even older, legally. You cannot buy cigarettes, even for someone else under — I think — 19 years old now in Ontario. No voting, no driving, no getting on rides unless you are at least this high. But you can get your testicles or breasts cut off and drugs that stop puberty, all without parental consent in more and more places and at a younger and younger age without parental consent. Permanent changes that typically result in lots and lots of suicides. It is even illegal to try and talk them out of having these insane things done under Canada’s new “anti-conversion therapy” laws. But one thing all these things do — genital removal, puberty blockers — is make damn sure you will never have children.

Although I am pretty sure that laws governing how children are to be treated are not remotely enforced equally across all ethnic groups, it still seems like I could save a lot of time letting Canadian comedian Russell Peters make my next point for me. In any case, the state increasingly imposes itself on families, and while heaping more responsibilities on parents, it also removes more rights from parents and gives an insane amount of rights to the state. See item on trans just for one example.

But there is less and less doubt that it is the communist notion that children are not an extension of their parents, but in fact are property of the state. What children are actually making it to the world in any case.

Clearly killing babies before they are born has been turned into a sacred thing, even in the minds of many conservatives. It took decades of propaganda to do this. But it is done. Some places are trying to extend the “right to abortion” even past birth or during birth. The attacks on all who question the total and absolute right to abortion by all for any reason at any time are so dishonest that it’s clear there is an agenda at work beyond women’s rights. As stated on this site frequently as well as by great thinkers such as Diana West, Stephen Coughlin, Andrew Bostom and many more: “With the Left, the point is never the point. The Revolution is ALWAYS the point.”

This is clearly a theme you have to keep in mind whenever listening to the Left on any issue. They generally don’t care about the issue. They just want whatever is the most destructive thing to Western free societies. And they are geniuses at phrasing evil and deadly policies in ways that feel noble and righteous. This is abundantly clear in the abortion issue. The concept that there is more than one body in the equation is not allowed to be included in any debate that might actually be permitted.

Assisted suicide with no oversight other than the person killing the subject:

(Maybe also click through to see the comments. People are augmenting this video with their own stories which are very revealing.)

So much so, that the cost-benefit of finding a human lover has changed. No links for this one. But to us, this looks like another line of effort to end, or dramatically slow down, the rate of reproduction. Lots and lots has been written on what pornography may do to a society. No need to reproduce any of that here. Rumours are that Soros money is behind some of the larger platforms of this nature. No idea if its true, but it would be a solid indicator that the purpose of free, high quality and majorly fantasy pornography is to make real human romantic relationships less likely to occur for several reasons. Sexual release can be had with no costs using pornography, and real world encounters with real world women may not make sense to a young man raised on a steady diet of pornography.

We are dog lovers at this site. But each thing to its proportion and all things have their place in balance. Dogs and cats and other animals have come to fill the hole in many people’s lives that children normally would. They are another drug in a sense, to prevent the effort at having real children. It is now established fact that when you pat your dog you get the same chemical in your brain as when you connect with a child. I believe it is called oxytocin, and dogs cause the release of oxy in people in spades. The following documentary deals with that but is worth watching anyway as one of the best documentaries on dogs ever made. Not to mention it smashes the whole communist concept of tabula rasa out of the water. Communists believe people are like aphids. Aphids are actually clones, and communists believe that humans are identical in potential, but only culture and environment makes people different or better at things than others. This is a large part of the explanation for the Killing Fields in Cambodia and the Cultural Revolution in China, where children are given guns and made to torture and kill adults, since they cannot have their “new man” until they kill the seeds for the next generation’s ideas of the old way of things. “Dogs Decoded” shows why that is completely untrue. While not on topic, its a great watch. But the aspect of dogs as family members is. Not that there is an issue with dogs as family members. But maybe its an issue when you have dogs instead of family members. The ultimate in the cuckoo’s egg.

I look forward to any contrary argument in the comments, and any other examples of anti-Western, anti-democratic policies and cultural shifts imposed by the Left (as a rule) which also may lead to the dissuasion of people from having children, European or otherwise.