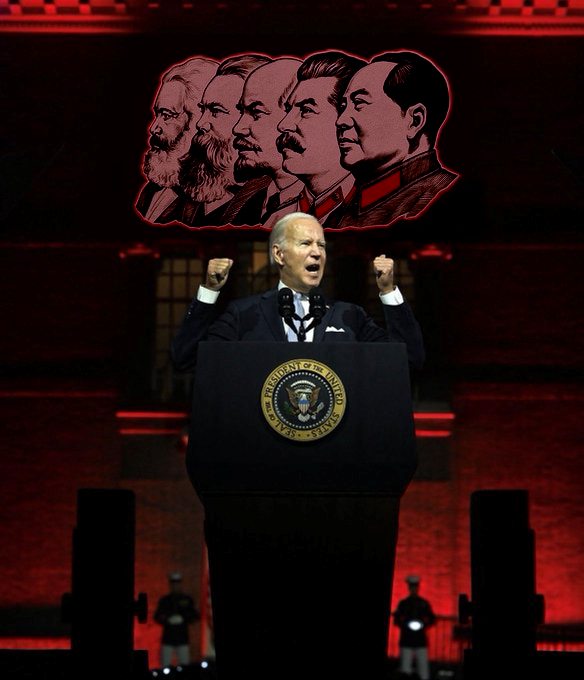 As you all know by now, last night General Secretary President Biden gave a speech in Philadelphia in which he pronounced anathema against people like me (and presumably like most people reading this). We are dangerous extremists, “semi-fascists”, and domestic terrorists. We are a “threat to democracy”.

For those of you who can stomach it, the entire speech may be watched here. It is now commonly referred to as the “Red Sermon”.

Given the tone of the speech, and the “optics” of its delivery, an augmented graphic for the occasion seemed warranted. Maybe someday Mr. Brandon will join the pantheon, and his august head will be added to the other five in solemn ceremonial displays staged by the regime.

It should be noted that the content of the president’s speech is not intended to be meaningful. No one should listen to it or read it for what it says. It is intended to provoke and incite the “Deplorables”, in hopes that some of them might initiate rash armed action against the federal behemoth, thereby justifying a state of emergency, martial law, and a vigorous crackdown before the midterm elections.

My advice: Don’t take the bait. But that’s just me.

12 thoughts on “The Red Sermon”