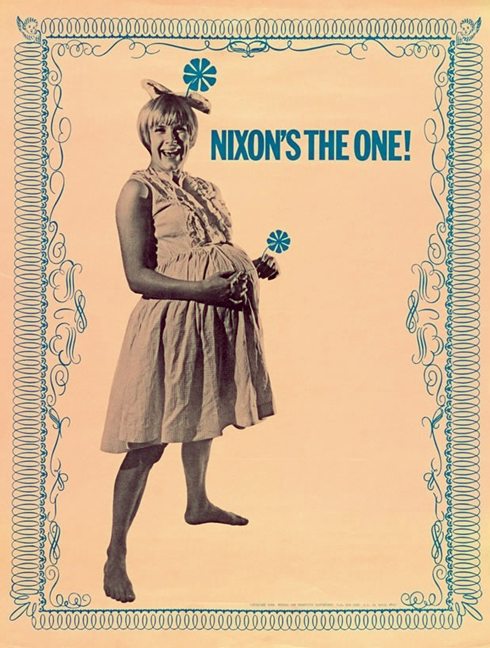 I have an extensive image library with graphics for all occasions — or so I thought. This evening, when I went looking for something to illustrate a story about a pregnant trans-man, unfortunately I couldn’t find anything. However, I stumbled across the poster above, which will just have to do. It’s a sojourn down memory lane for hippies of a certain age.

The following article was originally published in German, but it concerns the latest trans insanity from the UK. Many thanks to Hellequin GB for translating this article from Boris Reitschuster’s website:

I’m probably hopelessly old-fashioned. And my level of knowledge is completely outdated. Anyway, that’s the conclusion I should actually draw from a new ZDF tweet. See for yourself:

ZDF presents us with a man who has been pregnant twice and has given birth to two children. #ReformOerr #OERRBlog pic.twitter.com/Yh6m1LhbQL

I have to admit quite frankly — even at the risk that some “woke” contemporaries will classify me as a “Nazi” — that I have always assumed that only women can bring children into the world. Maybe you, too? Then we are something like fellow victims.

ZDF now wants to teach us otherwise. For which we also have to foot the bill ourselves with our [TV] license fees.

The fee broadcaster’s tweet is pure propaganda. According to Duden [dictionary], this is defined as the “systematic dissemination of political, ideological or similar ideas and opinions with the aim of influencing general awareness in a certain way.”

And here the wish is clearly conveyed that in the future it shouldn’t matter who carries a child. And subliminally gives the impression that it is normal for men to have children.

But it is not. And children can only be given birth to by men who were born as women. And who didn’t have her uterus removed. And during the time of pregnancy, do without the hormone treatment that you otherwise need to be a man.

I wish everyone the happiness of having a child. And I’m happy for every trans-man who can make this dream come true. But I don’t want to be showered with propaganda from stations funded by public money.

Apparently it’s not just me.

User Anja writes: “Important clarification, otherwise I would never have known that these people could also become pregnant. I also thought that non-binary don’t have any gender characteristics.”

Duke: “He wants a future where it doesn’t matter who bears the child. P.S. Of course trans men can have children. They’re actually women. Or have I misunderstood that?”

GP: “That was once with a man and a woman. There are now 27 genders. Most are childbearing.”

MHTweet: “Won’t be cool until the person can fertilize themselves.”

DaggiFfm: “For both pregnancies, transman Freddy, who was born with female sexual characteristics, had to pause his hormone treatment. With the help of a sperm donor, he was able to become pregnant and carry his two children himself. ZDF spares us such trivialities.”

Oli: “They are now trying to use trans as an adjective instead of trans woman or trans man becomes trans woman as if they were normal women and men…”

But there is also verbal counterfire, for example from the user Maria: “Anyone who tries to distinguish between normal men and women and ‘wrong’ men and women will not stop at normal and ‘wrong’ people/ethnic groups etc… Reflect on your point of view.”

In fact, the Brit Freddy McConnell, a former journalist for the left-wing Guardian, gave birth to his second child, as reported by the portal 24Vita.

McConnell was born a woman and has been living as a man for a decade. He gave birth to the child via emergency caesarean section. The court refused his request to be registered as the father and not as the mother of the children. Biological father is a sperm donor (for the “Woke”, my wording “biological father” is probably already “Nazi”, but then, I don’t care). Although McConnell is legally recognized as a man, authorities don’t want to recognize him as the father of his own child — only as the mother. It was the same with my first child. McConnell went to court but has so far lost.

My conclusion: We officially pay television fees for diversity of opinion and balance; instead we get propaganda of the purest form. The publicly funded journalists try to re-educate us and push through their own life plans as binding. You are breaking the law: the Interstate Broadcasting Treaty.

Nothing is impossible in Punch & Judy Theater Germany. Nowhere else in the world are there so many crazy people running around as in Berlin — just like it was in 1920-1945. It doesn’t seem impossible that one or the other male contemporary might also become pregnant. A quick look at the Bundestag and at the general public is enough to see that one or the other is possibly pregnant by their corpulence. According to the mindless ideology of the Left and the Greens, there are not only two genders, you can also feel and live as an amoeba. Therefore, it is not surprising that paid propaganda TV spreads this nonsense and maybe, just maybe, wakes some of the sheeple up.

One thought on “Pregnant With Meaninglessness”