The political situation in Thailand has once again become very entertaining. H. Numan sends this report on the latest goings-on.

Thai politics is something to behold. The unassailable leader of today can suddenly disappear in a puff of smoke. He may be a police lieutenant-colonel, a general or dumbocratically elected. It doesn’t matter. Nothing lasts forever. Not even ‘retired’ general prime minister Prayuth Chan-o-cha. His demise was sudden. He has been taken away by… no, not the Grim Reaper. By the Constitutional Court.

Thailand has a coup-o-cracy. The preferred way to change governments is not by means of elections, but by a coup d’état. Thailand became ‘democratic’ in 1932. Before that, it was an absolute monarchy. Funnily enough, the king of that time, Rama VII, was reforming slowly towards a more democratic form of government. But not fast enough for his nephews. Like young progressives today, they wanted it all, right now! A coup was organized, and the kingdom became a ‘constitutional’ monarchy. The king no longer ruled, but reigned. His nephews did the ruling, and kicked out their uncles.

The king went to England for medical treatment, and wrote a letter back home to the government. “You know what you can do with your kingdom? Yup, and use some lubricant with that!” He remained in England until he died in 1941.

I’ve calculated that Thailand has had about the same number of coups from 1932 onward as The Netherlands has had elections. Roughly, one every four years. Some governments lasted longer, most lasted more briefly. Just about everybody has a go at it. The police (which in Thailand is a branch of the armed forces anyway), the army, the navy and the air force. Even civilians played the game of Junta once in a while. 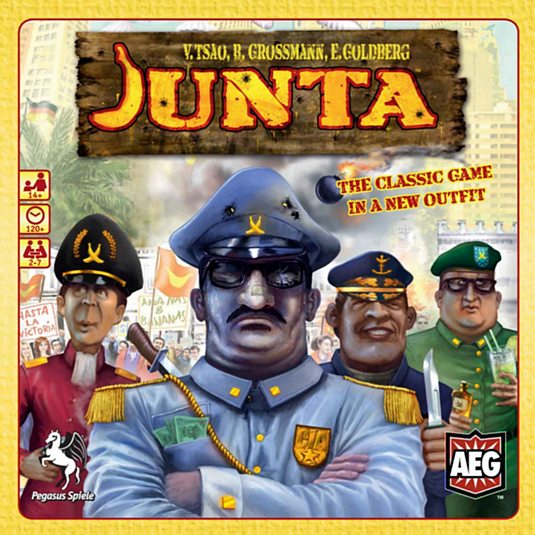 I’ve been in Thailand for 25 years, and witnessed at least four coups and many more attempted coups. That’s excluding all the coup-by-court attempts that usually weren’t successful. Sometimes they are, and the result can be hilarious.

After a period of calm when Thaksin Sinawatra was democratically elected and coup-o-cratically removed from office, we had a bunch of somewhat democratic governments. One of them was led by Samak Sundaravej. His tenure was six months in 2008. His position seemed unassailable. He was utterly corrupt — a prerequisite in Thai politics — slippery as an eel, had the full support of the Democratic Party (they share the name, corruption and cronyism with your Democratic Party) and the army.

The opposition tried anything they could to get him ousted, in vain. It looked like he glued himself to his seat. However, Khun Samak had one weakness. He really liked cooking. That was his passion. A TV station invited him to do a cooking show on TV, and he accepted. The station paid him Bt. 2500 for it. That’s almost nothing, not even $70. However, it was a payment. The constitution (the 23rd, I think it was) clearly forbade government ministers to accepts any kind of monetary rewards outside his salary. Hey, said a backbencher. He’s accepting money. That’s illegal! The next day after the cooking show he was indicted and quickly forced to resign from politics. A prime minister forced to resign over cab fare to a cooking show!

Now we see something almost as hilarious. The current prime minister is Prayuth Chan-o-Cha. He couped his way into office in 2014. It was the usual same old, same old. A democratic government was too corrupt and hugely unpopular. The army had to move in to replace it. No other choice was possible. It was the first coup that got the support of the general population!

Normally, the junta would deeply regret that it had to act that way, but all they would do is repair the damage done by the previous government and call for elections as soon as possible. Then they would create a government with people they prefer and step aside. However, Prayuth rather liked being the PM. So he dragged his heels for as long as he could. Instead of a few month junta period he stayed on for four years. By then he had the constitution rewritten. This is, I think, the 25th.

Then he announced he wouldn’t mind doing another term as prime minister. Just to be sure, he had written in the constitution the army can appoint without elections thirty officers in parliament who had veto powers for a period of 25 years. In theory this gave him and the army guaranteed governance until 2045. Needless to say he didn’t make many political friends with that. Just a few weeks ago we witnessed a censure debate over the government’s performance, which Prayuth survived.

And again, a backbencher started adding things up and found a neat line in the constitution: a prime minister cannot be in office longer than eight years. 2022-2014=8 Hey, he already served his maximum! The Constitutional Court or ConCourt (what’s in a name) was called in to rule on this conundrum. The court had a quick look at it and said: Yup, it’s eight years all right. Out you go!

So this is where we stand now: Prayuth has been placed on non-active, and vice premier Prawit Wongsuan is now caretaker prime minister. For as long as he will last, because right now Joe Biden is more coherent, far more popular and in much better health. Prawit is old, in bad health, vile and the personification of corruption.

When he became minister after the 2014 coup, he had to declare all his assets. He forgot to declare a collection of 26 very expensive watches. Each of them was worth more than his annual (declared) income. The National Anti-Corruption Committee was called in to investigate the affair. Prawit’s excuse: Oh, so sorry. Those watches aren’t mine. They belong to a friend, who lent them to me. Unfortunately, that friend passed away. I simply hadn’t the time to give them back to his family. That answer was perfectly acceptable to the National ‘Anti’ Corruption Committee, and made them the laughingstock of Thailand. The affair happened in 2017. People haven’t forgotten it. Any political cartoon of Prawit usually has a bunch of watches in it.

That’s where we are right now. Prayuth hasn’t cleared out his office yet. He’s not seen as a (terribly) bad guy; he’s even reasonably popular. Prawit, that’s a different story. He was never popular to begin with. He didn’t get where he is now by being a nice guy, but by his power and position.

I can’t say how this will work out, as this is a work in progress. Prayuth has to clear his office first. After that he’ll probably try to wriggle back into it. Prawit barely knows he’s alive. It seems the jolly old times are back again.