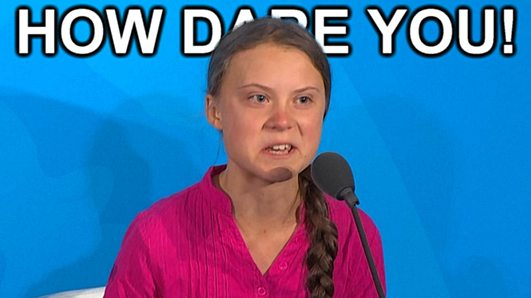 1,100 scientists declare in manifesto: There is no Climate Emergency!

A total of around 1,100 scientists from all over the world are opposing the climate madness, which not only threatens global prosperity, but is also being used by the World Economic Forum and its supporters for a dystopian agenda.

Is the global climate changing? Yes of course it is. And has been for billions of years since we have had an atmosphere on this planet. Does man have any influence on it? Most likely, although obviously not to the extent that the followers of the new Climate Religion would like it to be with their prophetess Greta, who is largely promoted by the elites. [And makes tons of money through it, wink, wink…]

At least approximately 1,100 scientists and experts from all over the world are of this opinion. So much more than one would expect if one follows the common media narrative, which claims that the so-called “climate emergency” caused by anthropogenic climate change is a global scientific consensus.

The Global Climate Intelligence Group (Clintel Group) has released a statement entitled “There is no climate emergency”. This declaration was signed by more than 1,100 scientists and experts from around the world, led by Norwegian-American Nobel laureate and physicist Professor Ivar Giaever. It says:

So while these more than 1,100 scientists and experts are thinking objectively about climate change and the human contribution to it, Der Spiegel for example seems to focus more on defaming Professor Giaever, who accuses him of spreading “crude theories”. Why this? Because he doesn’t just blindly follow the alleged “mainstream wave”, but has his own thoughts on this topic.

There was a animated video several years back, long before the plandemic, by a young German YouTuber — I forget her name and the title of the video — about just that. In the video you saw a bunch of old, fat, money-grubbing shysters wondering how they can take more control over the people and steal even more of their money by selling them fear. They asked one of their younger minions, and that guy thought about it and said that it would be a brilliant scheme to sell people on the idea and fear that the “air” is running out, and if they don’t want to die of suffocation they need to buy their “canned air”. And lo and behold, people fell for it and worked themselves to death to buy a few cans of “air” each day to keep themselves and their families alive. Needless to say, the video ended with the planet consumed by empty “air cans”.

“Tyrants preserve themselves by sowing fear and mistrust among the citizens by means of spies, by distracting them with foreign wars, by eliminating men of spirit who might lead a revolution, by humbling the people, and making them incapable of decisive action.” — Aristotle

8 thoughts on “Blaspheming Against Gaia”