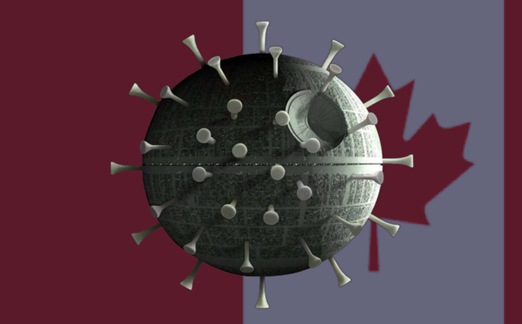 Dr. Mary O’Connor has been a practicing physician in Canada for 47 years. Because she failed to adhere to the Corona narrative, she has been targeted by the Ontario College of Physicians and Surgeons and has had her medical license yanked.

When the College found out she was writing exemptions from the COVID “vaccine”, it demanded that she turn over her records and charts for the affected patients. She refused. She maintains that not only would it be ethically wrong to do so, it would also violate the law. The authorities, of course, have no interest in her scruples, and have hauled her into court to force her to comply (see the RAIR Foundation article for more details).

Many thanks to Vlad Tepes and RAIR Foundation for conducting this interview with Dr. O’Connor:

Below is Vlad’s post about what happened to Dr. O’Connor:

This is an excellent example of how formerly benign and perhaps even beneficial institutions such as the Ontario College of Physicians and Surgeons have become weaponized and are now instruments of political control. Gone is the quaint notion of “go and get a second opinion”, now replaced with Stasi-like operatives acting as patients to spy on doctors to make sure they are enforcing the political lines on disease treatment. No personal expertise or judgement allowed.

Until Covid, or let us say in 1 BC, medicine was practiced by doctors using their best judgement to determine what disease a patient suffered from, then find the best way to treat it with the least danger associated with the treatment. Patients were often encouraged to seek a second opinion.

Now medicine across the Western world has become what is often referred to as, “Corporate Medicine” where a higher authority, like the government, determines all courses of action for all aspects of medical health. The Soviet Union also did medicine this way. Talk to anyone from behind the Iron Curtain to find out how this worked out. Like in Canada today, everyone had to learn a sort of ‘secret language’ to communicate with each other. To hide the truth within the official lie.

Please watch this video carefully. Some of the most horrifying aspects of what happened to this veteran Ottawa doctor are understated. But the reality is what it is, and must be understood for what it is.

2 thoughts on “All Your Patient Are Belong to Us”