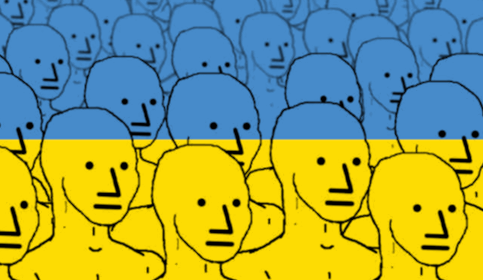 German citizens who were originally enthusiastic about taking in Ukrainian refugees now seem to be experiencing buyers’ remorse.

Many thanks to Hellequin GB for translating this article from the Münchner Merkur. The translator’s comments are in square brackets:

Some of the people who took in Ukrainian refugees have lost their initial euphoria. The district office helps to arrange accommodation.

A hundred days and no end: “I acted on instinct, didn’t think twice. I only saw the plight of the Ukrainian refugees,” says a woman from Dorfen, who doesn’t want her name to appear in the newspaper. When war broke out in Ukraine three months ago, she wanted to help. Like others, she spontaneously decided to take in a Ukrainian family. Now the problems are multiplying.

Woman from Dorfen reports: Taking in Ukrainian refugees is becoming more and more of a problem

The family she took in arrived in Munich in mid-March. A 47-year-old mother with a daughter (15) and a son (8). The family lives on the second floor of the house. They have two rooms. They share the bathroom and kitchen. “Living together went well at first,” says the 45-year-old from Dorfen, who has two small children herself and works part-time.

She reports on being used as a constant driving service, on waiting in telephone loops every day to get information. The Ukrainians are used to having electricity at home that costs next to nothing. “The light is on day and night, the washing machine is turned on because of two blouses.” She knows that this does not mean bad intentions, but it’s still annoying in the long run. Also that their guests throw away so much food. “They can’t stay forever — we have a completely different mentality.” [obviously, Germans have to work for everything in Germany, and they don’t.]

Over 1,000 Ukrainian refugees in the district of Erding

1,074 Ukrainian war refugees are currently being accommodated in the Erding district, including 464 children and young people. 655 people are housed with private individuals and 419 in district accommodation. “If people have found private accommodation in the Erding district and can no longer stay there, there is the possibility of contacting the asylum management in the district office,” says the authority spokeswoman Claudia Fiebrandt-Kirmeyer.

There it is then checked whether there is a suitable place available in an asylum accommodation. “If accommodation is possible, the refugees can be accommodated — that’s why we are still looking for accommodation.” This is an enormous relief for those affected and their supporters, says Josef Kronseder from the refugee aid in Dorfen. “The refugees can switch from the private to the state system. Many children are already in welcome classes, feel comfortable and don’t want to be deported again.”

After the wave of willingness to help, will some people experience a rude awakening to living with Ukrainian war refugees? Most certainly they will. Although the “Welcome Refugees” seems to be virtuously intoxicating for many, along with the Ukrainian Flag for their Facebook and Instagram pages, when reality sets in… WELL, they start to whinge and whine and want to get rid of the guests quickly. What is the term for this breed of people again?

Also, in the Mainstream Media you always see women with children fleeing on foot. However, many ‘flee’ with their expensive SUVs and behave in a less than modest way, like a ruling caste, as seen in Vienna recently.

And after decades of noting that Ukrainians are often brutal gangs, one should not assume that they became lovable people overnight. Just a year ago, Ukrainian gangs were on the wanted list in almost every crime show on national TV; today it’s all hushed up because it no longer fits the picture that politicians want to convey to Germans. Just ask the Greens.

8 thoughts on “The Bloom is Off the Ukrainian Rose”