Our Hungarian correspondent László breaks down the scaremongering propaganda about the latest epidemic craze. 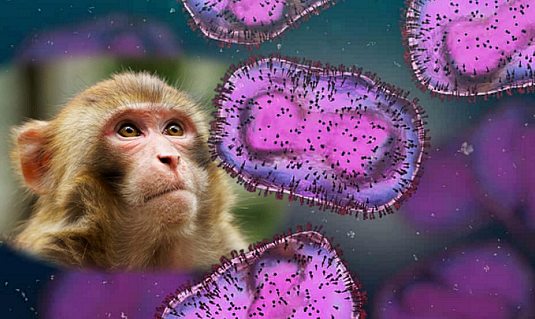 Monkeypox Psy-Op: “How worried should you be?”

What many have suspected is now supported by evidence: it is a psychological operation again.

In an apparently coordinated propaganda campaign, an awful lot of media outlets have been asking the exact same question:

“How worried should you be about monkeypox?” [highlight is mine].

That you have to be worried is no longer a question!

A list of media outlets that are all searching for the answer to the above torturing question:

Independent, Boston University, Time, University of Michigan, MSN, Reuters, My Doctor Finder, The Guardian, NDTV (Indian) — and the list goes on and on.

Shortly after the Covid scaredemic that has shredded the nerves of the population, “experts” are not even bothering to pretend to be factual — for example by asking “how dangerous” this upcoming “pandemic” is. Therefore the notion (not the fact) that it is dangerous, is already a given. Which means that many people probably think they have to be worried; the only question is HOW worried. At least the “elite” would like to believe that the serfs think so.

“How worried should you be”… The Deity of Science, the aggressive bouncer of the “elites”, has a paternalistic relationship with the man of the street when it orders him, its subject, what to feel in any given moment. Outer, objective reality does not matter any more; the Powers That Be are targeting your emotions directly. (No wonder “they” are planning to literally wire up your brain.)

This is like making a horror movie! You project a horrible yet invisible threat and then you are floating it, letting the viewers’ imagination do the rest of the work of priming their own minds… And then BOO, you scare them with the current bogeyman!

“How worried should you be” — LOL, such blatant “nudging” of the sheeple.

No, I did not make this word up: “nudging” was first mentioned during the last two years by the SAGE group, the team of behavioral psychologists in the UK government that had been entrusted with the wicked job of elaborating a mechanism to control the poor Britons, primarily through fear. And this time it even goes beyond nudging: it looks more like dragging people on a leash.

That said, it would not be so funny if large numbers of people reacted positively to this latest fearmongering campaign, because then it would signal that a sort of Stockholm-syndrome has been formed between the masses and the Superior Powers of the parasitic overclass that the SAGE or other psy-ops teams work for. Part of the syndrome is the victim’s inability to separate his self from that of the abuser’s, which leads to direct control, since the victim is less able to act as a separate entity that can make autonomous decisions.

Thus this sort of psychological operation annihilates the individual as such — which is a precondition of authoritarian and totalitarian dictatorships. When the ‘individual’ is no more, the ‘commonalty’ is born; which means Communism is borne. Mind you, the villain in the forefront, Klaus Schwab, has a Lenin statue on his shelf…

In totalitarian dictatorships individuals are also turned into kinds of puppets or children. And this seems to be an explicit goal of the present operation, i.e. to turn adults into children for the System. Stalin, the “Father of Nations” would agree.

Take the propaganda piece from the tabloid My London, for example, and notice how they do not answer their own question of “how worried should you be”, but are floating the scaremongering by saying that “right now” monkeypox is not a danger [highlights are mine]:

“Asked whether the monkeypox situation could become a pandemic, WHO’s monkeypox expert Dr Rosamund Lewis said: “Right now this is an outbreak and outbreaks can be stopped. So our efforts right now is to stop forward transmission of this outbreak and also to support the countries in Africa that live with this disease day in and day out.”

In an effort to completely prevent you from owning your own feelings like an adult, the “expert” takes away your authority by claiming to be an expert, unlike you. And then the newly born God of Science who just pulled the rug from under you, informs you that there is such a thing called a “monkeypox situation”. Since when is “situation” a term in public health? Yet, without any further ado, your new supervisor informs you about the right degree of your fear of the “situation” they claim not to know much about [highlights are mine]:

Here we go again: there is “an increasing number of cases”, they say. So this is a casedemic again, with the useless and fraudulent PCR test that can turn the casedemic on and off at will, while it does not test for one specific virus and cannot indicate whether you are sick. Which means that the pox “pandemic” is most probably null and void — before it has been announced. They have just changed the bogeyman from “Covid” to “Pox”.

If it is any kind of “situation”, then it is a totally Kafkaesque one, with a fair dose of gaslighting, especially exerted by the phrase “we don’t know”. It is actually a many-layered gaslighting:

Please forgive me the vulgarity, but this is nothing short of mindf**kery; and it is even more than that: it is weaponized behavioral psychology.

“We don’t know” also has the advantage of providing plausible deniability when it comes to further predictions, lies and accountability. We only know what and when we want to know — you know. And when we do know that we know what you do not know, then we will order you to do something. For instance, we know very well that we will lock you down, track you, humiliate you and take your rights away. We will attack you when you are completely off-balance because you think you do not know anything any more.

It is actually not the first time this scenario has played: search for “how worried should you be about coronavirus” and you will see.

What many have suspected is now supported by evidence: the Scaredemic 2.0 is being built. Whether it can take off the second time is another issue, but they are certainly working on it.

So now the right question is: “How worried should you be about psychological operations”?

17 thoughts on “How Skeptical Should You Be?”