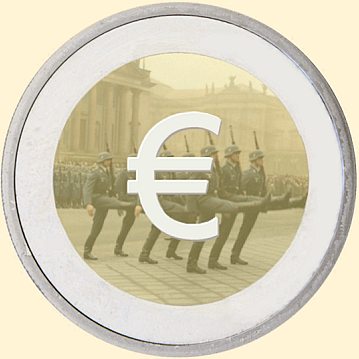 Some years ago, when the idea of central bank digital currencies (CBDC) was first floated, the new all-electronic money was touted as an innovation that would make commercial transactions easier, more convenient, and more secure for the consumer. Then, when the “pandemic” hit, digital money was also promoted as a touch-free way to avoid contagion with the dreaded coronavirus.

There was always much more to the CBDCs, of course. The full potential of the new currencies is now being openly discussed at Davos as I write this. Once cash is abolished and all your income and payments are put through via CBDC, every transaction you make will be fully tracked by the government and financial institutions (between which there will no longer be any meaningful distinction). What you spend your money on will be known in detail. Your spending habits will be analyzed by AI systems, which will monitor your carbon credits and your use of non-sustainable resources. Since the currency will be tied to your individual digital identity, your ability to purchase certain goods and services may be limited when the State deems it appropriate.

Throw in your cell phone and the ubiquitous 5G surveillance, which includes facial recognition, and you will have no privacy whatsoever, just as the WEF promised. You’ll own nothing except for the limited personal items that you are allowed to possess. And you’ll be happy! All while you eat those delicious crickets, which can be prepared in a mouth-watering variety of culinary ways.

The following article discusses the European variety of CBDC, the digital euro, which will be deployed and controlled by the European Central Bank.

Many thanks to Hellequin GB for translating this piece from Der Wochenblick:

Objections are only possible until June 14

The last veil falls: the WEF globalists and EU grandees want to rob the citizens of even the last bit of freedom. The plans for a digital central bank euro are taking on more and more concrete forms. While a cash ban is only a matter of time, decentralized cryptocurrencies are also being hit.

Crypto crisis as a springboard for ECB digital money

The star witness for the threatening process is none other than ECB President Christine Lagarde herself. In an interview with a Dutch broadcaster, the former French finance minister and ex-head of the International Monetary Fund (IMF) expressed the view that she considers the free digital currencies to be completely “worthless”, thinks they are based on nothing. In doing so, she reacted to price turbulence in Bitcoin & Co. — you can never trust the “highly speculative” values. In her view, the situation is quite different with the digital Euro, which her institution wants to promote. Because the Central Bank can be trusted…

It was precisely the implosion of a so-called “stablecoin” linked to the US dollar that was responsible for the unrest on the crypto market. Although the mechanism differs from that of the digital euro — unlike Bitcoin, for example — only in the controlling instance, Lagarde is intensively beating the drum for her prestige project, which is soon to take concrete form.

“Supplement to cash”: Sand in the people’s eyes

Objections to the EU Commission are only possible until June 14. This was hardly communicated publicly. No wonder: because actually one only wants to hear objections from so-called “financial experts” and other “stakeholders” — and not those of the citizens. To prevent them from protesting, ECB Director Claudio Panetta asserted months ago that the project would not replace our cash, only supplement it.

But many critics have their doubts: the EU and ECB have been campaigning for upper limits on cash payments for years — always under the pretext of the alleged fight against money laundering. So it turns out that you mainly want to throw sand in the eyes of the people.

The idea of digital central bank currencies is also an important topic at the current summit of the World Economic Forum (WEF) in Davos. Also in the plenum: the immediate successor to Lagarde at the head of the IMF, the Bulgarian Kristalina Georgiewa. But Lagarde, after all a WEF board member, is also an active participant in events dealing with the “global role of Europe”.

The close involvement with the think tank around the “Great Reset” mastermind Klaus Schwab makes us skeptical that it is really about making things better for the Europeans. After all, the WEF predicted that by 2030 we would all “own nothing”. As is well-known, digital censorship is also a core issue for the globalist clique.

Eliminate dissidents: We shall “own nothing”

Schwab, Lagarde & Co. are still gently waving their velvet gloves — but in the end, when there is no alternative to the centralized digital euro, they would be able to interlock their control mechanisms, among them the EU plans for a digital identity that includes a social credit system. It would then be possible to rob annoying dissidents of their existence at the push of a button.

After watching the “Führer” Klaus Schwab giving his speech at Davos, I noticed something that was missing: the crowd shouting “Sieg Heil, Sieg Heil, Sieg Heil” I guess they were told not to, because it might otherwise wake up too many of the sheeple to what is really going on. “You’ll own nothing and you’ll be happy — with the scraps from our table, until it’s time for you to shower” is most likely the complete sentence.

12 thoughts on “One People, One Reich, One Currency”

Leave a Reply to Do not believe them Cancel reply