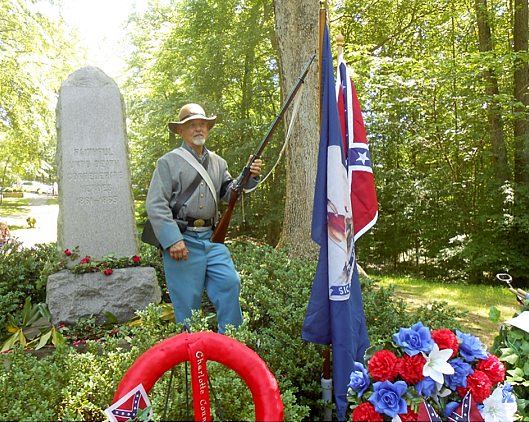 As most of you know, I joined the Sons of Confederate Veterans (SCV) a while back. Given the current cultural climate here in the Nation Formerly Known as the United States of America, it’s about the most politically incorrect organization I could belong to. I suppose the Klan would be worse, but to the progressive mainstream it’s undoubtedly “Klan, Sons of Confederate Veterans — same thing.”

Many years ago I wrote a poem entitled “Mason Dixon” that began with these lines:

The central obsession of our federal estate
is the bloody conflict that divided it.
Thirteen decades later its veterans’ reunions
and widows’ pensions are no more,
but the dead still rest uneasy
in their ordered rows.

The sleep of the Civil War dead is even more disturbed these days. If the woke brigades get their way, every last Confederate soldier will be dug up from his final resting place and — What? Burned? Thrown in the swamp? Shipped to Devil’s Island?

We who are descended from Confederate veterans are expected to repudiate our ancestors. The new politically correct regime is determined to wipe their collective memory from our culture and replace it with a Snidely Whiplash version which is all about slavery and the cruel, evil slave-owners who were righteously vanquished by the virtuous Union armies.

Slavery was an abomination, but the war was about a lot more than just slavery. Here in Virginia it was about being invaded — in 1861 the Union army came down the Shenandoah Valley west of the Blue Ridge, torching farms and crops, and taking prominent citizens hostage to be held against the good behavior of the rest of the community.

There were hardly any slaves in the Shenandoah Valley. Do you really think that slavery was the most important issue on the minds of the citizens of Winchester and Front Royal and Port Republic when their young men took up arms, joined the militia, and left their homes to muster under the command of General Robert E. Lee?

When I talk to my liberal friends, I sometimes mention that I’ve joined the SCV, just to see what their reaction will be. When they express consternation (as is usually the case), I point out that Virginia was invaded by a foreign aggressor in much the same way that Ukraine was invaded last February. Shouldn’t we celebrate the heroic (albeit futile) resistance of the Virginians against that aggression, just as we celebrate the heroic Ukrainians?

That’s a difficult one for the liberal mind to grapple with. It seems that sometimes invasion is a good thing — it all depends on who is invading whom.

Before 1865 Virginia was a sovereign commonwealth, part of an aggregation known as the United States, the membership in which was considered a voluntary association. But the enemy won the war, and that changed everything. Our sovereignty was destroyed, and states’ rights became increasingly a fiction. Our liberties were steadily eroded, reaching a culmination in the totalitarian dystopia under which our spirits groan today.

Before then the phrase “United States” was treated as a plural noun, but it has been understood as a singular one ever since the ink dried on the surrender in Appomattox on April 9, 1865. 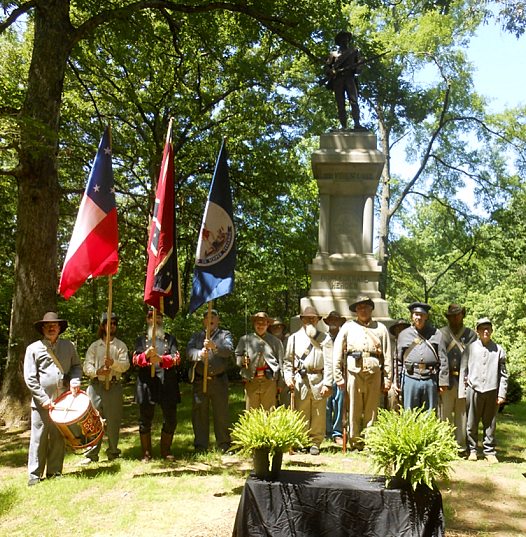 This morning I attended the Memorial Day observance at the Confederate Cemetery in Farmville. It was organized by the United Daughters of the Confederacy (UDC) in collaboration with the SCV. Several chapters of the UDC were in attendance at the ceremonies, as were several camps of the SCV.

The event was unabashedly Christian. It opened and closed with a prayer, and the various speakers made repeated references to God and Jesus Christ in their remarks about the events we were commemorating.

We pledged allegiance to the U.S. Flag, the Commonwealth of Virginia, and the Confederate battle flag. Yes, I know those pledges seem contradictory. But we lost the war, and as honorable men, we must acknowledge our suzerainty under the superior power of a victorious adversary.

We sang Amazing Grace. We sang Dixie. A lady from the UDC sang Taps. And the honor guard concluded the ceremony by firing a three-volley salute to the men who were buried on the hillside below us.

(Those graves are unmarked, not because the site is a mass grave, but because the original wooden markers eventually rotted away, and the community was too poor after the war to replace them with stone versions.)

The Memorial Day observance today in the Farmville Confederate Cemetery was the same as any other observance all across the country: it commemorated the valor of honorable men who served their country and gave their lives for it.

In our case, the day was made a little more poignant by the overwhelming pressure from the larger culture to forget those men, but we refuse to do that. We will remember them. 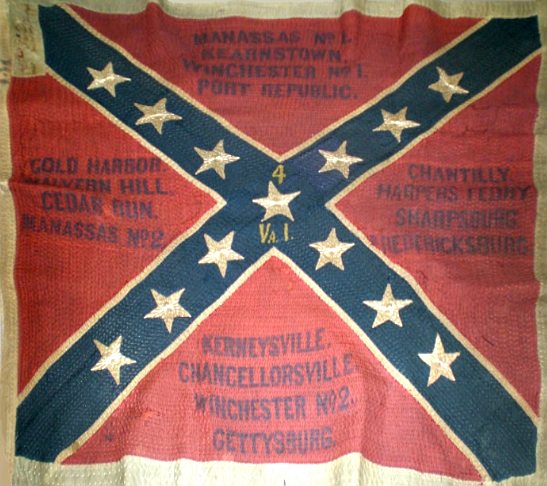 P.S. I don’t think there was a single Biden voter in attendance today at the Confederate Cemetery.

55 thoughts on “Lest We Forget”