One of the curious facts of our time is that both Vladimir Putin and Volodymyr Zelensky are alumni of the Young Global Leaders sponsored by the World Economic Forum. Moreover, just about all prominent Western politicians (and many who are not at all prominent) are also alumni.

So what’s really going on with the war in Ukraine? With that question in mind, our Hungarian correspondent László fisks a recent speech by Mr. Putin. 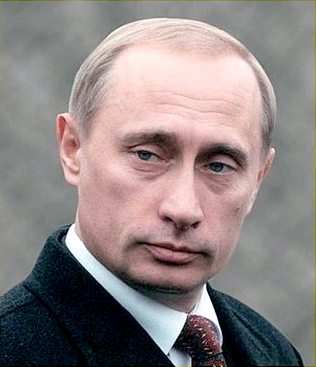 Below are excerpts from the transcript of Russian president Vladimir Putin’s recent speech that was supposedly on the war with Ukraine and the West.

“And I emphasize: even in the current difficult situation at the end of the year, we need to achieve a reduction in the level of poverty and inequality. This is a quite feasible task even today. I ask the Government and the regions to focus on achieving this task. And I would like to add that it is not only of an economic nature, as we all understand, but is also a matter of social justice.”

“reduction in the level of poverty and inequality”

— Communism. (He is talking about it in connection with the situation inside Russia.)

“I would like to express my gratitude to the Russian business community, the labor collectives of companies, banks and organizations that not only provide an effective response to the sanctions challenges, but also lay the foundation for further sustainable development of our economy.”

— “Sustainable development” is a known buzzword for the transformations planned for ushering in the New World Order (NWO). Most governments in the West have it in their written strategies. And the president of a country “expressing his gratitude” to private entities speaks volumes. Moreover, the fact that Putin says that these companies “lay the foundation for further sustainable development of our economy” is a clear indication of public-private partnerships… Actually, there is a more accurate term for public-private partnerships: it’s called fascism.

“this is how we have built our counter-coronavirus measures”

— In the name of freedom, of course. Is Russia different? No, it isn’t. And remember, it is supposed to be a speech on the Ukraine war, right after the Corona-hoax.

“I am instructing all branches of the federal government in the regions to coordinate their work with the regional authorities in the next six months, and for governors to create operational headquarters to ensure economic development, and to personally lead this work.”

— Building back the economy from above; like the good old “five-year plans” in the Soviet era. “Rhymes” with Build Back Better in the West. Controlled demolition provided by the “war with the West”, so that you can “build back better”.

“The State Council and its specialist commissions have already proven their effectiveness. I ask the State Governance Committee headed by Sergei Sobyanin to work together with our government colleagues to identify problematic issues on the regional agenda, develop the best solutions and apply them to all of Russia’s regions. We have had good experience in dealing with the epidemic.”

— He seems to entrust the same people with the transformation, justified by the war, who were also responsible for the Plandemic measures. An NWO crisis-team that need not be ‘specialists’ in anything (like healthcare or the economy) but the transformation of society.

“All the strategic, national goals we have set for the period until 2030 must be achieved. The current challenges and the opportunities they present should only mobilize us, and that is what we should set ourselves up for, aiming to achieve tangible results in the interests of our citizens.”

“I ask the regions to get actively involved in organizing the Agency for Strategic Initiatives’ Strong Ideas for New Times forum, where every citizen of Russia will be able to present their proposals and concrete projects aimed at developing their city, region, and country as a whole.”

— “Citizen participation” (in the Great Reset), as Mr. Schwab said something similar. I am not really sure what it is, but I expect some trick in it. Like: everyone can participate, as long as they think the same as Klaus Schwab’s and Putin’s masters. (Putin said it in connection with [Agenda] 2030.)

“the current situation is certainly a test for all of us.”

— A “test”. The same word Hungarian PM Viktor Orbán used recently when he talked about [Agenda] 2030. But I am sure it is just a coincidence.

My take: Starting from the Ukraine war, through the Russian Plandemic response team reignited, the Russian president finally reaches [Agenda] 2030 in his speech. So Putin is using the present “war crisis” to further the ‘Agenda 2030’ a.k.a. the New World Order in Russia; the same way the Plandemic has been used as a tactic of demolition and transformation for achieving the same goal.