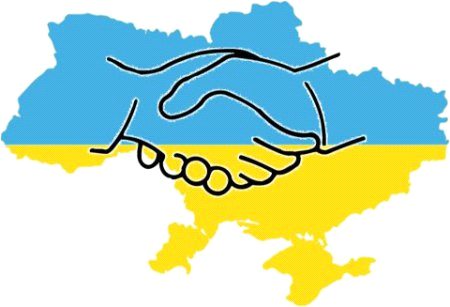 Below are two German-language articles, both translated by Hellequin GB, that bear on the current conflict in Ukraine. Russia has been the aggressor, but the casus belli that prompted it was designed and engineered by the CIA, the State Department, the bankers, and George Soros — in short, by the New World Order.

The first article concerns possible legal consequences for anyone in Germany or Czechia who publicly fails to support Ukraine. I’ve also read that a similar law is in effect in Slovakia, but the penalties are more draconian, with a possible sentence of ten years or more.

From the German-language service of RT:

Czech Republic: Up to three years in prison for “pro-Russian” statements

The Czech public prosecutor’s office has warned its citizens against criminal liability for “pro-Russian” statements in connection with the military conflict in Ukraine. In Germany, too, criminal law has norms under which consent to Russian action in Ukraine could be punishable.

The Czech Prosecutor General’s Office in Prague has issued a warning that “pro-Russian” statements related to the Russian intervention in Ukraine would be punishable as “condoning crimes” or “denying, questioning, condoning or justifying genocide”. According to the latter norm (Section 405 of the Czech Criminal Code), a prison sentence of one to three years is mandated.

The statement by the Attorney General states that the right to freedom of expression would take a back seat in this respect. Specifically, the following public behavior is warned of:

If anyone publicly (including at demonstrations, on the internet or on social media) condones (accepts or supports) the Russian Federation’s attacks on Ukraine or, in this context, expresses support for or praises the leaders of the Russian Federation, may he or she may, under certain conditions, also be prosecuted for condoning a crime under Section 365 of the Criminal Code or for denying, questioning, condoning or justifying genocide under Section 405 of the Criminal Code.

There are also norms in German criminal law that correspond to the cited laws. This is § 140 StGB, which provides for a fine or imprisonment of up to three years as a sanction for “rewarding or approving of crimes”. However, according to legal experts, denying genocide is punishable if it is a legally recognized genocide. In particular, denying the Holocaust is a punishable offense in Germany.

In view of the current heated mood in Germany, it is advisable to be careful when making statements about current events.

The second article describes the explicit public support expressed by a Ukrainian MP, who says she fights to defend the New World Order.

From the Swiss portal UncutNews:

MP of Ukraine: “We are fighting not only for Ukraine, but also for the New World Order”

Ukrainian MP Kira Roedik of the liberal and pro-European party Holos said on Fox News on Sunday that she and her team remain in Kyiv to fight. “We are part of the resistance. We are armed. We are ready to fight.”

“We fought against Putin for eight years,” added Roedik. “This is a crucial moment because we know that we are not only fighting for Ukraine. We fight for the New World Order, for the democratic countries. We knew that we would be the shield for Europe. We knew that we would protect not only Ukraine. We protect all the countries that will follow if we fail. That’s why we mustn’t fail.”

A few days ago, the deputy published a photo posing with a Kalashnikov. She wrote that she is learning how to use a Kalashnikov and preparing to take up arms. The post has been liked more than 300,000 times.

Earlier this month, Roedik announced that criminal proceedings are pending against the Holos party for its economic activities.

Late last year , at a roundtable on cooperation between Russia and South American countries, former Bolivian President Evo Morales said that “new world order policies are aimed at thinning out the ‘superfluous population’”.

The “redundant population” refers to the elderly and people with disabilities. In some cases, poor and ordinary people are also seen as a problem for capitalism, Morales said.

If the Devil is looking on, he must be rubbing his hands with glee, for even in his demesne there can be no spectacle more demonic than this.

6 thoughts on “In a Democracy, Opposition to the New World Order is Not Permitted”