Whoopi Goldberg got herself into a mess of trouble recently for her remarks about the Holocaust. David Boyajian takes a look at the hypocrisy of those who led the charge against her, Jewish and otherwise. 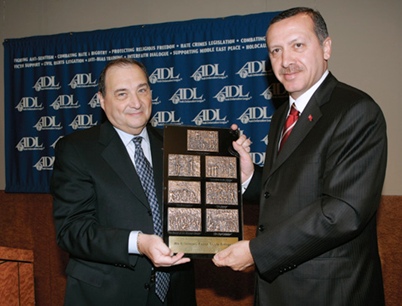 The award-winning actress/comedian/author Whoopi Goldberg, co-host of ABC-TV’s “The View”, has been suspended for two weeks for a minor, though understandable, slip-up (Monday, January 31) regarding the Holocaust.

Meanwhile, some of her Jewish accusers have been guilty of far worse — including genocide denial/diminishment — although mainstream corporate media have rarely reported that fact.

Born Caryn Elaine Johnson in NY City in 1955 to black parents, Goldberg has no Jewish ancestors but merely feels Jewish. She invented her name.

While The View was discussing the Holocaust, Goldberg interjected that it wasn’t about “race” since both Germans and Jews were “white.” It was “about man’s inhumanity to man.”

American Jews and non-Jews, plus organizations such as the Anti-Defamation League (ADL) and the American Jewish Committee (AJC), swiftly, and sometimes harshly, criticized Goldberg. Some want her fired.

On Stephen Colbert’s Late Show on Monday (taped in the daytime), Goldberg explained herself. “Being black… race [is] a very different thing to me so … I thought the Holocaust wasn’t about race.”

Similarly, most Americans regard Jews as a religious or ethnic group (and white) and Germans as a white ethnic group.

Thus, Goldberg’s reasoning was understandable, even if historically incomplete.

On the freewheeling The View, is the liberal, black Goldberg obliged to know and explicate 1930s Hitlerian racial ideology?

After the Colbert taping, Goldberg tweeted that the Holocaust is about both “race” and “man’s inhumanity to man… The Jewish people… have always had my support … I’m sorry for the hurt I have caused.”

On Tuesday’s The View, she again acknowledged that the Holocaust “is indeed about race because Hitler and the Nazis considered Jews to be an inferior race… I regret my comments.”

Nevertheless, fellow black and ABC News President Kimberly Godwin gave Whoopi a whippin’: “Take time to reflect and learn … The entire ABC News organization stands in solidarity with our Jewish colleagues, friends, family, and communities.” Translation: You and I must yield to ABC’s power hierarchy.

Yet for decades the ADL and AJC colluded with Turkey and Israel to deny or diminish the Armenian Genocide committed by Turkey (1915-1923) and to defeat Congressional resolutions on that Genocide. No one disputes that.

William Parsons, the late U.S. Holocaust Museum’s Chief of Staff, personally told me that the ADL stealthily opposed the recognition of the Armenian Genocide.

Some Jewish groups claim credit for ensuring that such a [Armenian Genocide] resolution never passes.

Jewish advocacy groups, including the Jewish Institute for National Security Affairs [Jinsa], the American Israel Public Affairs Committee [AIPAC], B’nai Brith and American Jewish Committee [AJC] “have been working with the Turks on this issue” for more than 15 years, said Yola Habif Johnston, director for foundations and community outreach at Jinsa.

“The Jewish lobby has quite actively supported Turkey in their efforts to prevent the so-called Armenian genocide resolution from passing.”

However, Managing Editor Douglas Frantz decided that an Armenian couldn’t be objective about the ADL. So he assigned the task to the Jewish writer Richard Simon.

Had Goldberg made analogous statements about the Holocaust, her career would now be over.

Imagine Armenian American organizations’ fate had they opposed the scores — if not hundreds — of Holocaust legislative initiatives in America.

The Times later forced Arax out.

Inspired by Arax and others, I initiated a campaign in Massachusetts against the ADL in 2007.

A diplomatic uproar between Turkey and Israel ensued.

In 2007-2008, a dozen Massachusetts cities and the umbrella Massachusetts Municipal Association kicked out the ADL’s so-called No Place for Hate program.

They realized that the ADL was unfit to lecture anyone about civil/human rights.

The AJC is Worse than the ADL

The AJC has been even more hostile to Armenians than has the ADL.

On another occasion he crudely boasted that the AJC’s stance on the Armenian Genocide was “B.S.”

The AJC, said Jacobs, “will be Turkey’s friends officially in Congress.” And it was.

AJC board member/ superstar Cheryl C. Kagan, a Maryland State Senator, said that an Armenian Genocide resolution was like designating a state cat. And what happened to Armenians was “an alleged massacre.”

Imagine if Whoopi Goldberg had uttered similar things about the Holocaust.

Azerbaijan’s “lobby in the U.S.,” Aliyev has announced, “is the Jewish community.”

One wonders if the AJC and Harris know about America’s FARA (FOREIGN AGENTS REGISTRATION ACT).

And yet Harris dares to criticize Goldberg.

The AJC should remove “Defending democratic values for all” from its motto. The ADL slogan “to secure justice and fair treatment to all” is pathetic.

Only after many years of pressure did the ADL and AJC finally acknowledge (insincerely, no doubt) the Armenian Genocide. Many principled Jewish academicians, human rights advocates, organizations, and elected officials did so decades before.

The ADL and AJC have never apologized for their war on Christian Armenians. It’s too late now. Contrast that with Goldberg’s apologies to Jews.

Nor have they and similarly smug, genocide-denying/diminishing Jewish organizations opened their archives to expose the full details of their war on Armenians.

In the meantime, the ADL, AJC, and similar organizations need to leave such blameless people as Whoopi Goldberg alone, stop intimidating others, and pray for redemption.