The following guest essay concerns the (non-)response of the legal profession to the Corona tyranny that that has been imposed on us for the last two years. 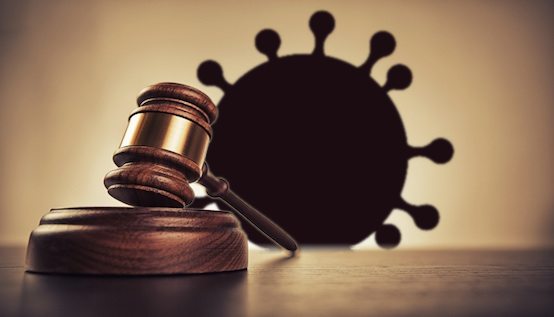 Where Were the Lawyers?

In response to the COVID-19 pandemic, we have seen many local and state governments issue sweeping executive orders temporarily abrogating or severely limiting basic individual rights. Governors have shut down houses of worship and many businesses, and have mandated lockdowns (stay home), social distancing (keep away from other people) and the wearing of protective equipment (masks and gloves). Police officers were used to enforce these orders, and we have all heard stories of small business owners who were fined or even arrested for violating these executive orders.

People, including lawyers, were understandably panicked, and many willingly complied with these executive orders. Yet one would have expected the legal profession to object or at least push back a bit against the severe curtailment of basic constitutional rights. However, the legal profession was largely silent. Instead, it focused on issuing guidelines supporting these executive orders, cutting salaries and staff, holding online mental health support groups, and courses on navigating the “new normal.” One state bar association went even further and demanded mandatory vaccination.

The lack of response reminded me of a horrifying incident related by Sebastian Haffner in his semi-autobiographical work Defying Hitler. Haffner was a law clerk in one of Germany’s highest courts. Shortly after the Nazis took power, Haffner was doing legal research in the court’s library when several Nazi brownshirts burst into the library shouting “Out with the Jews!” Some Jewish lawyers quietly got up and left. One Jewish attorney refused to leave and was severely beaten. Neither Haffner nor any of the other lawyers objected, and several lawyers actually applauded.

Haffner felt ashamed because he had bought peace with his silence.

6 thoughts on “Where Were the Lawyers?”