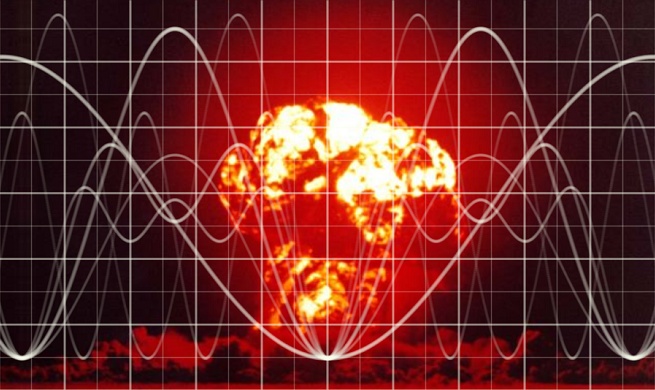 When I started thinking about this essay, I remembered that I had used the same title in the past. I looked up the original — it turned out to have been posted more than fourteen years ago, when I was still a neophyte in the blogging business.

Here’s my summary of the Heinlein story that inspired the post:

Back in the early 1950s the science fiction writer Robert Heinlein wrote a story for Galaxy magazine called “The Year of the Jackpot”.

The protagonist is a statistician named Potiphar Breen, who consults as an actuary for various insurance companies. He deals with probability and statistical trends in his work, but his hobby is the study of various cycles in human behavior and natural phenomena.

To entertain himself he has plotted graphs of various cycles — the rise and fall of the hemlines of women’s skirts, the incidence of various diseases, climatic fluctuations, and so on. He has noticed that whenever several of the significant trendlines bottom out at the same time, a major human catastrophe inevitably occurs, such as the French Revolution or the Civil War, with the most recent being the Great Crash of 1929.

Breen, observing that all the trendlines are about to bottom out again, and to an extreme not seen before in human history, decides to retire to a cabin in the desert with provisions and ammo to wait out the coming troubles. The situation deteriorates, with earthquakes, contagion, insurrection, and anarchy, culminating in a mushroom cloud rising high over the city of Los Angeles.

But that’s not the real jackpot. I don’t want to spoil the ending of the story; you’ll have to read it for yourselves…

Circumstances have changed a lot since then, but the theme remains a compelling one. The conceit involves what the poet Ted Hughes called the “cycles of concurrence”: the multifarious tides in the affairs of men that converge upon a single moment, which becomes a singularity in human history.

At one point I had my eye on 2009 as the Year of the Jackpot, and then later 2012 (to coincide with the end of the Mayan “Long Calendar” cycle and the reelection of Barack Hussein Obama). After that I gave up predicting the jackpot. We seem to be a lot closer to it every day, but it will arrive whenever it arrives.

Ten or twelve years ago the trends I noticed involved mass immigration, Islamization, political correctness, government debt, and “quantitative easing”. Since then a number of additional sine waves have emerged to warrant attention: the actions of the Deep State vis-à-vis Donald Trump, the baleful interference of Communist China in American affairs, the Western effort to gin up a war with Russia, the increasingly overt machinations of the globalist New World Order, and of course the “pandemic” of COVID-19 and its accompanying “vaccinations”. The last two draw together a lot of other threads as all the cycles trend towards bottoming out at the same time.

We seem to be heading for a cataclysmic dénouement in the near future, but there may be yet more cycles whose oscillations have yet to be plotted on the graph. Who knows?

Yet the jackpot is coming. It could be this year or next year, or it could be postponed for a generation or so. The system has proved remarkably resilient so far. It’s too early to write its obituary.

17 thoughts on “The Year of the Jackpot”