The following guest-essay by Don Laird discusses the parallels between the contamination of the Canadian blood supply back in 1980s, and the possible contamination of the blood supply in 2022 as a result of blood donated by “vaccinated” people. Readers are invited to report in the comments on any known medical/legal issues concerning blood transfusions contaminated with modRNA being given to unvaxed patients.

The Echoes of Krever

I was talking to someone the other day and he broached a subject, an aspect of the current mRNA inoculation experiment that had slipped my mind.

He asked: What steps, if any, are currently being taken by doctors, hospitals, medical infrastructure and Canadian Blood Services to ensure that vaccine-free persons are not unwittingly given transfusions of whole blood or plasma that are contaminated with the mRNA gene therapy?

Think about that for a minute… or perhaps you’ve already thought about it.

Of course this subject must be taken in context with the thousands of persons who were killed via the wilful and reckless contamination of Canada’s blood supply system in the ’70s and ’80s, the very same that gave rise to the Krever Inquiry.

The corruption and contamination of Canada’s blood supply had been achieved through the decades-long wilful and reckless failures of hundreds of incompetent and negligent doctors, bureaucrats and administrators as they allowed unscreened blood contaminated with AIDS and hepatitis to be placed into Canada’s blood supply system. In one case of spectacular negligence and failure, blood that had been sold by American prisoners in confined in penitentiaries within the Alabama Department of Corrections was acquired by senior administrators within Canada’s blood supply system and then placed unscreened into that same system.

It must be noted that of all the bureaucrats, government workers, medical professionals, politicians and corporate executives who were implicated in the Krever Inquiry for their incompetence, negligence and corruption, not a single one of these corrupt and failed men and women spent a single day in prison for their crimes, the same crimes that killed thousands of Canadians.

It must also be noted that of all the bureaucrats, government workers, medical professionals, politicians and corporate executives who were implicated in the Krever Inquiry for their incompetence, negligence and corruption, not a single one of these corrupt and failed men and women was fired from their jobs, was permanently banned from ever being employed by any level of government, and/or permanently banned from ever holding a position of public trust, this for their crimes, the same crimes that killed thousands of Canadians. 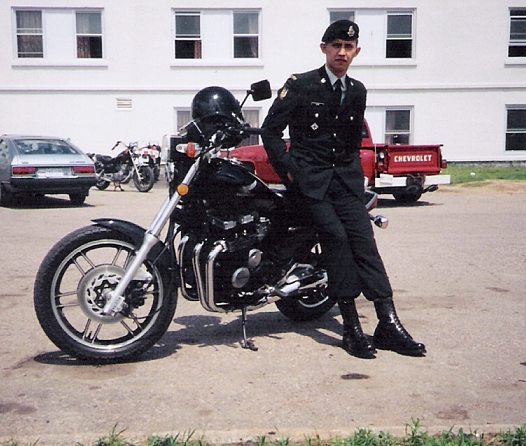 I had developed a serious infection that required excision. I found myself at the NDMC (National Defence Medical Centre) in Ottawa for that surgical procedure. While in hospital awaiting my operation I was asked to sign release/consent forms. I did sign but I crossed out the section of the release/consent forms that related to “transfusion”.

My editing of the release/consent forms resulted in a rather heated conversation between me (a lowly 27-year-old trooper) and a surgeon bearing the rank of full colonel.

I told the colonel that I had not been given a chance to “bank my own blood.” I told the colonel that it was now becoming evident across Canada and North America that our blood supply system was contaminated with diseases like AIDS and Hepatitis and was killing hundreds of people. (This was before the days of smart-phones, internet, email and the ability to send massive amounts of information in various forms to millions of people around the world at the speed of light with just the click of a mouse.)

The colonel was visibly angered by my response and assured me that “all our blood is safe” and that I must consent to transfusions.

I further indicated to the doctor that, post-op, I would be accessing all documentation concerning the operation, and if I found a single drop of blood or plasma had been administered there “would be war”.

The colonel was visibly hostile and responded that he might cancel the operation owing to my refusal to accept a transfusion.

The operation was performed and was a complete success with full post-op healing completed in about a month. I did access all the records of the operation and noted I had not been given a drop of blood or plasma.

I was honourably released from the military in 1988.

Five years later, in 1993, the highly respected Justice Horace Krever of Ontario’s Court of Appeal was charged with the commission of the inquiry into the deaths of over 8,000 Canadians suffered as a result of the contamination of Canada’s blood supply system. That inquiry became known as the Krever Inquiry.

As mentioned above, in spite of the deaths of over 8,000 Canadians and the utter destruction of the victims’ immediate and extended families, the echoes of which are still being felt today, of all the bureaucrats, government workers, medical professionals, politicians and corporate executives who were implicated in the Krever Inquiry for their incompetence, negligence and corruption, not a single one of these corrupt and failed men and women ever spent a single day in jail for their crimes, the same crimes that killed thousands of Canadians.

In fact, worthy of note are the comments made by Justice Krever, that in his conduct of the Krever Inquiry, he had never in his career faced such aggressive conduct from politicians and bureaucrats in their opposition to the full, frank and public review of the failures, corruption, conduct and events that led to the deaths of so many Canadians.

Also worthy of note, that same aggressive opposition by bureaucrats and politicians to the Krever Inquiry resulted in Justice Krever being forced to appear before the Supreme Court of Canada in a judicial notice that sought permission for the Krever Inquiry to publish the names of the persons that were the subject of investigation by the Krever Inquiry.

Justice Horace Krever was successful in his SCOC application to publicly identify the persons responsible for the deaths of so many Canadians whose blood was turned to black poison through the criminality, negligence and trademark malfeasance of so many bureaucrats, administrators, doctors and politicians.

In a ruling made unanimous by all jurists of the SCOC authorizing the Krever Inquiry to publish names, SCOC Justice Peter Cory said, “The Krever Inquiry must have the power to find misconduct…” Justice Peter Cory also said, “In order to do so, [they] must also have the necessary authority to set out the facts upon which the findings are based… If this were not so, the inquiry process would be essentially useless.” Cory said that reputations will be affected, “but damaged reputations may be the price which must be paid to ensure that if a tragedy such as that presented to the commission in this case can be prevented, it will be.”

How remarkable that as thousands of Canadians died as a direct result of the criminal conduct of these highly corrupt bureaucrats, doctors and politicians, not one of whom went to prison for their crimes, all that concerned these monsters was their “reputations”. How remarkable indeed.

Now, a short 25 years later, in the midst of this two year festival of incompetence, negligence, corruption, fraud and what can easily be argued as the criminal corporate and government malfeasance known as the Coronavirus Kabuki Show, as the official Pandemic Narrative begins to come apart at the seams, as the statistics emerge concerning the fraudulent claims of “vaccine efficacy”, as the “pandemic profits” enjoyed by predatory and parasitic corporations are calculated in the billions, as the insidious motivations of total and tyrannical desires for absolute power and control of mass populations are revealed to be the true catalyst for the Coronavirus Kabuki Show, we are once again as a nation at that same crossroads of wilful and reckless failure, corruption, incompetence, negligence and malfeasance, the same that resulted in the deaths of over 8,000 innocent, defenseless and unsuspecting Canadians.

Only this time the unspeakable and inconsolable agony wrought from wrongful deaths and injuries may be counted in the hundreds of thousands.

Downloadable PDFs of the final report of the Krever Inquiry

Here is a link to the sickening treachery of the politicians and bureaucrats who opposed the release of their names.

Justice Krever was forced to apply to the Supreme Court of Canada for permission to make the names of the guilty parties public. That permission was granted.

Of note, a clearly a reflection of the torment suffered by millions around the world in relation to the “Pandemic”, is a quote from the final page (718) of the Krever Inquiry Final report:

In a letter to the premier of his province, a severe hemophiliac infected with hepatitis C and HIV through blood products described the isolation and stigmatization of persons infected with these diseases. His letter reads, in part:

“Some of us were so frightened and confused that we did not even kiss, hug or touch our children for 3 years for fear of contaminating them. As a father you can, I hope, understand the torment and anguish you would feel if you caused your own child’s death. We not only understood this reality but lived daily with it. As a man, I hope you can appreciate and understand the necessity of responding to your sexual desires. But do you fully appreciate what it does to a person to lie each night for five or more years with the woman you love, the mother of your children, and be mortally afraid to touch her for fear that both of you will die of AIDS and that as a direct result of your actions your wife will die and your children will be both motherless and fatherless? Safe sex works well in individual situations but over a long period of time the percentages work against you. I once had a loving wife and 4 children, a successful business career and a lovely home. My health deteriorated, and 3 years ago I had to quit a $50,000 a year job. My marriage is in ruins, I now live [apart from] my wife and children. Hemophiliacs in general, before AIDS, had a very stable marriage, very few resulted in divorce or separation, now this situation has reversed and we face one of the highest per capita separation and divorce rates. The irony of this situation is, when we desperately need a stable, a loving relationship to fight the stress of AIDS — we are denied it”…

5 thoughts on “The Echoes of Krever”