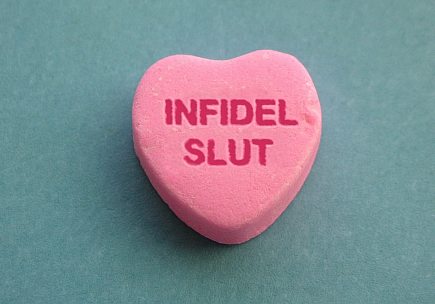 Joakim Lamotte reported for his reporting on Swedish pupils in minority

Joakim Lamotte spoke to a girl who reported that she was bullied, beaten, and harassed because she was Swedish. Now the school’s Center Party principal is reporting Lamotte to the media ombudsman and the presses’ professional ethics board.

In Joakim Lamotte’s reportage on Facebook, it is described how Swedish pupils at the English School in Västerås are harassed simply for being Swedes.

The Swedish pupils at the school have turned into a minority since a large number of pupils from the Third World have applied.

Joakim Lamotte interviews the former student Emelie, who reports that as a Swede, she was beaten, bullied, and isolated, and that in the 7th year she was forced to change to a school with more Swedish pupils. Those who bullied her come from Iraq, Syria, Kurdistan, and Africa.

It went on so long that Emelie was forced to spend all her time outside of class in the school restroom. She even sat there eating her lunch.

“We finally took Emelie out of the English School. Had we not done so, I don’t know whether she would have survived this,” says Emelie’s mother in the reportage.

According to Lamotte, he has heard many pupils from the school with similar reports about how they are bullied and harassed because they are Swedes.

But when Joakim Lamotte contacted the principal, Maud Segerstedt, who is active within the Center Party, she hung up. Then she emailed him and stated that she would report Lamotte to the media ombudsman and the press professional ethics board.

“This is completely absurd. A principal’s job is to answer reporters’ questions when it comes to misconduct in the school. But as usual, certain people in power do everything to shoot the messenger instead of solving the problem,” writes Joakim Lamotte on Facebook.

9 thoughts on “How Dare You Tell the Truth About Cultural Enrichment in Sweden!”