At the moment we’re in the “phony war” stage of the Great Collapse and hyperinflation. Despite the unprecedented creation of fiat money — not just in the USA, but across the West — consumer price increases have only just begun to accelerate. We’re at the beginning of an inflation that has to run its course, and there’s no telling how bad it will become before the situation stabilizes again.

The Congress is determined to spend more money, and lots of it. Even if the “Build Back Better” legislation doesn’t pass, they’re going to spend. They have to — next year is an election year. They need to be able to tell Joe Schmoe: “Look at all the federal goodies I delivered to you! Vote for me again!”

And it doesn’t matter what all those trillions are spent on. It could be windmills; it could be aircraft carriers. New highways, electric cars, gender reassignment surgery for teenagers, new army bases, solar power subsidies, a light rail line from Portland to Pensacola — it doesn’t matter. The resulting inflation will be the same.

The USA abolished the convertibility of paper currency to silver in 1964, and abandoned the gold standard in 1971. Since then the only anchor for the dollar has been “the full faith and credit of the United States government.” I don’t know how much that particular commodity is worth, but we’ll soon find out. 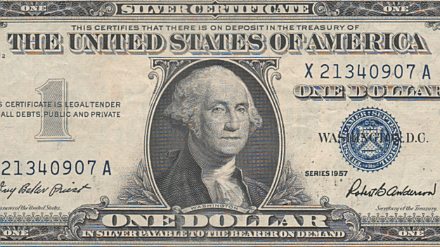 The following remarks are adapted from an email exchange on the topic that I had yesterday with a long-time reader and correspondent.

Re the financial collapse — I’m sure you remember Trent Franks, the former congressman from Arizona. A great guy, but he got taken down by #MeToo, if I remember correctly. I met him several times back in the day, when I was working with the groups in DC. More than ten years ago, when he had just given a talk, I had a chance to chat with him afterwards. I kind of buttonholed him about the national debt. This was during Obama’s big spending binge and all that quantitative easing unleashed by the Fed after the crisis of 2008-2009. The debt seemed huge even then, but it’s about five or six times as big now. Anyway, I said to Rep. Franks: “The national debt can never possibly be paid off. [Whatever the figure was back then] simply can’t be paid off. We will either have to default on the debt, or go to hyperinflation.” His face fell, and he looked genuinely distressed. He said: “Yes, I know — we’re going to have to monetize the debt. It’s horrible.”

Mind you, that was about twelve years ago, and the rigged system has been kept afloat somehow for all the years since. Back then I didn’t believe it could hold together for two years, never mind twelve. And here we are about to enter 2022 with the same flim-flammery still going on. So I no longer predict when the whole corrupt edifice will come crashing down. It has to happen someday — it’s mathematically inevitable — but it has held up this long, which is astonishing. I don’t even try to guess when it will all fall apart.

From what I read of the plans for the Great Reset, however, the collapse is part of the plan, and will be triggered when the time is considered right. At the bottom of the debt pyramid is consumer debt — credit cards, mortgages, home equity loans, etc. All those instruments are listed as assets on the books of major financial institutions, and are traded as derivatives and so on as if they had actual value. When the economy collapses and the inflation sets in, consumers will go into default en masse, and cause the collapse of everyone further up the chain. At that point the global digital currency will be in place and ready to roll out. Individual consumers will be offered the chance to trade in their assets — homes, cars, whatever — for a slice of the new currency and the forgiveness of their debts. But they will no longer OWN those assets, they will be LEASING them, using the new currency. They will be allotted their UBI, Universal Basic Income, and the subscriptions will automatically be deducted from their digital accounts. They can spend the remainder, but the system will set automatic limits on how much they can spend on certain categories. Not too much red meat! Not too much travel in private vehicles! All to save the planet.

Those of us who are not in debt — and I am one — will not have to opt-in to the new system. However, cash will eventually be abolished, and at that point we can either surrender to the Borg or be reduced to barter and whatever black market currencies appear. We will be squeezed more and more, much like the unvaxed are being squeezed now.

That’s a rough outline of the plan as I understand it. The main point is that the current system will fail because it has been DESIGNED to fail, as part of a careful process that has been rolled out over the last fifty years or so. World government. A digital currency linked to a social credit score. Total surveillance — smart everything, the Internet of Things, etc. Total socialism. The boot in our faces, forever.

That’s my dystopian view of what lies ahead. I don’t know if it’s possible to resist it successfully, but I want to live to be ninety, so I can see how it all turns out.

26 thoughts on “Full Faith and Credit”