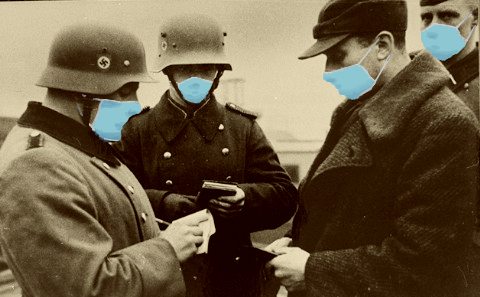 The following brief video shows a protest march in Italy against the “green pass”, which is what the vax passport is called in several European countries.

The reaction to the protesters’ symbolic gear of repression is an example of the familiar rule: no one is allowed to make Holocaust analogies except leftists.

3 thoughts on “No Green Pass!”