Seneca III poses some interesting questions about the cryogenic aspects of the experimental mRNA treatments against the Wuhan Coronavirus that are now being mandated worldwide. 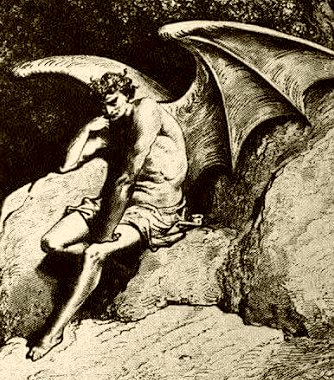 Get thee behind me, Satan!

During a recent conversation with my GP, we were discussing my annual flu shot and a Covid-19 booster. The point arose that the AstraZeneca/Oxford vaccine needs only to be kept and transported chilled, but the mRNA types, Pfizer-BioNTech and Moderna for example, must be deep-frozen and kept that way until thawed out for injection.

This led me to consider the mechanisms of natural hibernation where, when the ambient temperature reaches a particular low, some animals cease eating, take shelter, close down most of their metabolism and enter into a form of near stasis until they awaken and becomes fully active again with the onset of warmer weather.

Consequently, I decided to take a deeper look into the process and function of hibernation with particular reference to the mRNA Covid vaccines and temperature.

All indications are that mRNA vaccines are living mutagens, Genetically Modified Microorganisms (GMMOs), parts of which are dormant for some reason. Having examined some of the online Scanning and Transmission Electron Micrographs and their derived schematics it would appear that there are several segments in the chain which do not seem to be involved in dealing with the virus nor serve any function related to that task, which leads to the question: ‘To what extent have these types of vaccines been created using CRISPR technology and for what purpose?’

CRISPR technology uses RNA to guide scissors-like enzymes for various tasks. X chromosomes which have a special status in mammalian genomes with, amongst other things, a specific occurrence of genes that influence both female and male fertility also synthesise thousands of enzymes such as DNA replicators to tailor specific sequences of DNA in order to eliminate or edit genes.

CRISPR (Clustered Regularly Interspaced Short Palindromic Repeats) form the basis for CRISPR-Cas9 genome editing technology, yet the X chromosome and X-linked variants have largely been ignored in genome-wide and candidate association studies of infectious diseases due to the complexity of statistical analysis of the X chromosome.

This exclusion is significant, since the X chromosomes contain a high density of immune-related genes and regulatory elements that are extensively involved in both innate and adaptive immune responses. Furthermore, many diseases present with a clear sex bias, and apart from the influence of sex hormones and socioeconomic and behavioural factors, the X chromosome, X-linked genes and X chromosome inactivation mechanisms contribute to this.

When applied to vaccines, what is the CRISPR editing designed to accomplish in relation to or with the apparently dormant/redundant segments? What occurs if the edits are configured to activate some concealed function when the temperature of the injected environment reaches the human norm of 36o C (96.8o F)?

What if the designers of the vaccine emplaced them for the purpose of sustaining the physical integrity of the mRNA chain without considering any detrimental long term side effects?

Why has the UK Government mandated that people double-vaccinated with AstraZeneca — which uses an inert (dead) cold virus from chimpanzees to stimulate and thus kick start the immune systems — be forced to have a Pfizer booster shot rather than another shot of AstraZeneca/Oxford vaccine?

Hard questions to answer from outside the ruling cabal, or at least too hard to expect a cogent response from a government that has a collective IQ and scientific knowledge resembling that of a retarded artichoke. PPEs, Classics and Diversity Studies degrees might be useful when climbing the greasy political pole but totally useless when scientists with vested interests are running rings around decision makers.

Cui bono? Well, it certainly might be a good idea to ‘follow the money’, particularly with respect to the past and present investment portfolios of certain Senior NHS Mandarins and other ‘scientific advisors’ who may or may not have their heads deep in the lucrative academic or Big Pharma troughs.

Our once not much revered Mathew John David Hancock, the somewhat less than charming ex-Health Secretary and friend of the WEF Reichsführer, Klaus Schwab, might be able and willing to answer that question if pressed. Or perhaps not unless we can get him on a Rack.

[At this point I emphasise that none of the research and opinion I have encapsulated above has been lifted from The Lancet. Resultant from several recent articles that appear to me to be primarily serving only the interests of China, the WHO and Big Pharma I now regard that publication the weekly Beano of the medical profession.]

Finally, I must emphasise that microbiology and genetics are not my field (maths and physics). Hence, my hope is that there are GoV readers out there who are well qualified and informed in those disciplines and know different. If so, please, please tell me I am wrong, that I’m just an old conspiracy theorist.

Conversely, my great fear is that I may be correct, at least on some of the points I raise and in the answers to the questions that I have posed. What a terrible thing that would be, because it will take at least one generation of rapidly falling fertility rates on a mass scale to reveal such an arcane reality, and by then it would be too late because they — the shadowy pursuers of ultimate power — are now pushing hard for us to vaccinate children as young as five.

Disturbing concepts, these, and I share them with you in case anyone can shed some light on those dark corners where shadows echo the seminal question of our time: ‘Is there true Satanic evil afoot here or is this attempt at cleansing our species simply malfeasance promoted and driven by ambition and greed?’