Our Israeli correspondent MC sends this essay on the dire excesses of contemporary public policy, including the “vaccine” situation in Israel, which suffers from one of the worst cases of the Coronamadness. 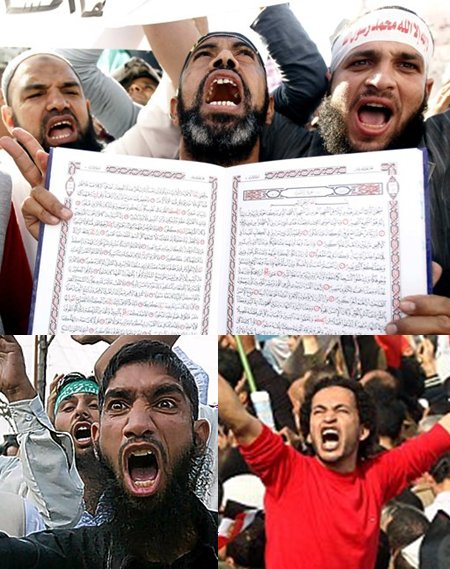 Do you Love to Hate?

Any private view that deviates from the approved ‘liberal’ meme is now labelled as hate. I hate Islam, for example; I do, I do.

They send these missiles over and they explode near me and my family, but although the firing of missiles at civilians is a war crime, it is an acceptable war crime because Islam is a religion of peace and lurve. Isn’t it?

I have to say it is because to point to the world-domination aspects of Islam is ‘Islamophobia’ and Islamophobia is a ‘hate’ crime.

In 1941, in operation Barbarossa, the Nazi armies swept across the Russian Steppes, raping, looting and burning as they went. Liberals (modern day Nazis) would have those peasants whose livelihood had just gone up in flames smile and accept their fate for the greater good. A freezing winter of starvation and death is not an excuse for ‘hate crimes’; to be a hate crime, the action must fall into a violation with very narrowly defined victim and perpetrator groups.

If you come to Israel you will find that the majority of people are of Mediterranean appearance, with very dark Ethiopians, and very light Russians, but to liberals Israel, and all Jews, are white supremacists, no matter what their skin colour. Since most Jews in the USA are Ashkenazi Jews of European extraction, then Jews in Israel must therefore be ‘white’ and ‘supremacist’ (living in the ‘holy land’ as ‘occupiers’ claiming to be the ‘chosen race’, regardless of their origins).

Everybody knows that God in his wheelchair, just before he died, anointed all liberals to carry on his works of lurve, compassion and coercion. After all, it is ‘right’ and ‘just’ to make people conform for the benefit of all of us. Forcible conversion is a major part of the socialist creed.

For a Liberal, there are two ways of doing things; the Liberal way and the wrong way. To do things the wrong way violates Liberal principle and is thus implied criticism; a hate crime because ‘liberalism’ is one of the defined victim/perpetrator groups.

We no longer debate issues; we just manoeuvre our opponents into the treacherous quicksand of mudslinging. Any dialogue can be reduced to a monologue by just a few well-placed liberal epithets invoking ‘racist’, Nazi, Fascist, hate and conspiracy theory.

Recently we have seen quite a few so called ‘conspiracy theories’ prove to be accurate. When somebody puts two and two together and gets four, when they were supposed to get five, if we then yell “CONSPIRACY THEORY” for all we are worth we can make it all go away.

If we put these points together we can logically draw the following conclusions:

There are some embedded assumptions here, the main one being did China release WMD at the Armed Forces Games? This article from March 2020 is interesting…

China was engaged in damage limitation and projecting blame on the USA, a well-known Communist tactic. So who knows what really happened? I suspect General Milley does.

It is easy to dismiss the above as a ‘conspiracy theory’ but it does explain the otherwise unnerving actions, treasons and self-interest of General Milley.

I am not a Trump worshipper, but he did a remarkable job in his four-year term. A big failure was that Hillary Clinton was not prosecuted, or at least put on trial for her obvious lapses of security. Unfortunately, this Trump failure only confirmed the ‘too-big-to-fail’ culture also applies to the rule of law. Some being more equal than others is a prime facet of tyranny, and President Trump failed to deal with it.

There is some vanity in President Trump. He is still boasting about ‘warp speed’ when it is obvious that he was either played by Big Pharma, or was part of the scamdemic itself. Warp Speed was really about logistics of getting an already developed experimental vaccine needles into arms in high numbers. When was the President told that Covid is no more dangerous than influenza? It may be that his Deep State advisors kept that from him as well.

When I first wrote about the possibility that Covid-19 was a mass elimination event, I had hoped I was wrong, but a few months down the line events still seem to point that way. We have a lot of fatal ‘breakthrough’ cases that are making the government spinning top wobble. Could ‘Delta’ just be ADE beginning to kick in?

This video just about says it al for those of us here in Auschwitz Block 10 (Mengele’s HQ) Israel. I know we are better off than some, but somehow ‘Never Again’ has just lost some of its poignancy for me.

Loving one’s enemies is unique to Judeo-Christianity. All the warlord cultures hate their enemies and will use any means to defeat them. Yahushua ended up being tortured to death by the Herodian crowd of pseudo-Jews and their Roman masters. Is our Government obsessed with the exact same hatred? Judeo-Christianity is about listening to your enemies as they put their side of the argument, instead of punishing and killing them.

Our governments seem to have forgotten this, as they ready their ausweis protocols, their stop-and-interrogate protocols, and their exclusion protocols. Hamas may send over their nasty explosive rockets, but the Government has now become a much more toxic and dangerous enemy, with many servants willing to execute their own people. “The government is with us; kill the unvaxxed.”

Why the reversion to the barbaric? Why shout “never again” and then open once more the doors of murderous tyranny? Is a positive bank balance worth risking the wrath of Yahovah?

Is it because of corrupt deals, as in New South Wales, Australia? Cui bono?

Some of my relatives who did not survive WW2 lived in Lithuania where the local populace turned against the Jewish community there, egged on and supported by the Sicherheitsdienst des Reichsführers-SS 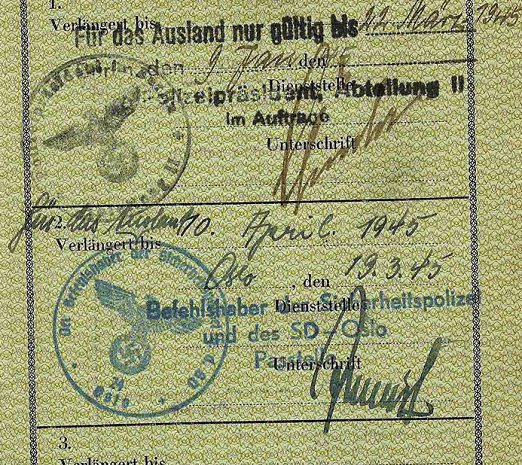 German (green) passport extended by the SD in Norway, March 1945

In hindsight, the Lithuanian Jews who got sent to the gulags were the lucky ones — they were much more likely to survive World War II than those they left behind. In June 1941, Hitler launched a surprise attack on the Soviet Union, overrunning the Baltics in a few weeks. As documented by eyewitness testimony, photographs, and Nazi records, the Christian majority welcomed the Germans as liberators and right-wing paramilitary groups began massacring their Jewish neighbours before German rule had even been firmly established. Over the next three years of German occupation, around 200,000 Jews, more than 95 percent of Lithuania’s Jewish population, were murdered—a more complete destruction than befell any other European country. In an of inversion of Denmark, the nation where massive local resistance to the Nazi occupiers saved the lives of most Danish Jews, in Lithuania, zealous local collaboration ensured near-complete extermination. One of the only ways for a Jew to survive the Holocaust in Lithuania — the deadliest place on a deadly continent — was the way Yitzhak Arad did: as a partisan fighting the Nazis and their collaborators in the forests.

The subject of the article above is about how modern day Lithuania is criminalizing those Jews who fled the Nazis in order to fight with the communist-backed partisans. One man’s war criminal is another man’s anti-fascist…

When they finally come for me, to put me in an anti-vax concentration camp, would I be justified in running to the Judean Hills to join a resistance movement like King David of old? (see 1 Samuel)

It seems ironic that I should emigrate to Israel from the UK due to instances of anti-Semitism, only to find the same sort of thing here — politicians off their rockers (or taking bribes). Our minister of the Interior and Minister of Health were caught discussing the irrelevance of health issues to the insistence on green passports:

Ahead of a weekly Cabinet meeting, Horowitz turned to Interior Minister Ayelet Shaked noting that “there is no medical or epidemiological justification for the Covid passport [green pass], it is only intended to pressure the unvaccinated to vaccinate.” He was unaware Channel 12 News was recording behind him.

Israel is supposedly a democracy, but with limitations. One of those is the stranglehold of the media on COVID propaganda. Few in the country read outside of the controlled ‘news’, so politicians are almost unaccountable.

I have just been thrown out of the local government office because I do not have a Covid-19 ‘ausweis’. I therefore cannot sort out a $250 overcharge for water. Just what is the difference between a Covid ‘ausweis’ and Hitler’s Nuremburg laws which made a particular group of people non-citizen as a prelude to a mass extermination?

The Covid-19 ‘ausweis’ violates Basic Law and all sorts of other treaties and conventions, yet most people are convinced that the unvaxed are responsible for breakthrough Covid, and that this justifies a Nazi-style exclusion. Obviously the ‘safe and effective’ vaccine is neither safe nor effective when the unvaxed walk into the room. Are the public so scared and irrational that they cannot work this out for themselves, or is it that, like the Lithuanians, they need a weak minority group on which they can focus their hatred?

The Nazis are back, and people are flocking to support them. Because the names have changed, and the focus has changed, they do not recognise or associate that their actions of hatred are exactly what happened in 1930s Germany. Germans were told that Jews were a threat to their health; now here in Israel they are being told that the unvaxed are a threat to health. Need anything more be said?

As an afterword, consider the article here: