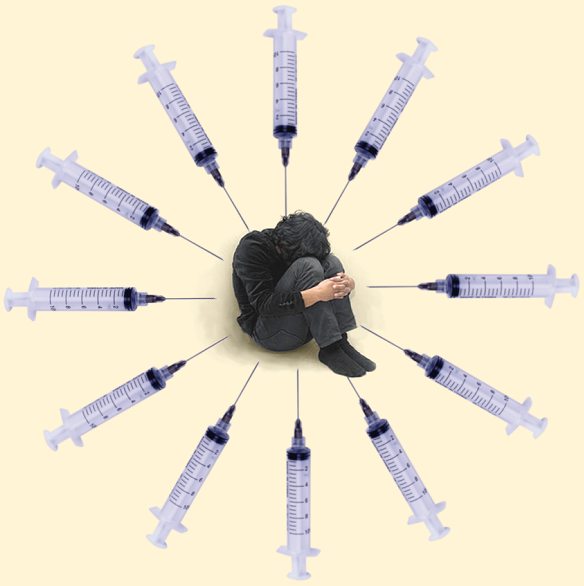 Germany is facing a new wave of COVID-19 this autumn as people move indoors and the Delta variant rages through the population. Among other measures being discussed is the establishment of a legal basis for cracking down on the unvaxed.

Many thanks to Hellequin GB for translating this article from the Epoch Times:

The SPD [Socialist] politician Karl Lauterbach has warned of the sharp rise in Corona numbers among children. “After the autumn break, we will see significantly more outbreaks in schools because the children can no longer ventilate,” he told the editorial network Germany (RND, Monday editions). Lauterbach called for a nationwide uniform test strategy in schools.

The SPD politician demanded: “Test three times a week, that would be my suggestion, in the morning with antigen tests, because these detect the prevailing delta variant very reliably. In addition, five test days in a row for contact persons of infected people.” This could practically end the uncontrolled pandemic in schools. Children who have had contact with infected people do not have to be in quarantine.

Lauterbach may want to tighten rules for unvaccinated people

But care is not only needed when it comes to schools, Lauterbach told the newspapers: “There will also be chains of infection in companies. The same goes for bars and restaurants. We can expect a continuous increase.”

According to Lauterbach, a federal-state resolution on a uniform approach is needed. “I feel sorry for the children who are now exposed to the long-Covid risk,” he told the papers. “The fact that we are now stopping testing in many places with increasing numbers is completely unacceptable,” he added.

Lauterbach also demands “an urgent legal basis that enables us to maintain the protective measures and probably even to tighten them — at least for those who have not been vaccinated.”

In Bild the chairman of the board of directors of the German Foundation for Patient Protection, Eugen Brysch, demanded daily free rapid tests for people in need of care and their contacts. Brysch told the newspaper: “Germany must protect the 2.3 million people in need who are dependent on inpatient and outpatient care, as well as hospital patients, with daily free tests for them and their contact persons”.

Maike Finnern, chairwoman of the Education and Science Union (GEW), sees the schools as prepared for a second Corona autumn. “Viewed nationwide, schools are better positioned this autumn in terms of health protection than they were a year ago,” said Finnern to the RND. The vaccination rate among employees in the schools is extremely high. “If the prevention path is continued consistently, the schools can remain open.”

Finnern criticized that many schools are still not equipped with air filters. “There is an urgent need for action here,” said the GEW chairwoman to the newspapers.

That unappetizing piece of ordure Klabauterbach seems to see himself as the new “Josef Goebbels” for General Secretary of the Central Committee of the German Socialist Party Olaf Scholz. I really start to fear for my parents and other family living in Germany.

3 thoughts on “Cracking Down on the Unvaxed”