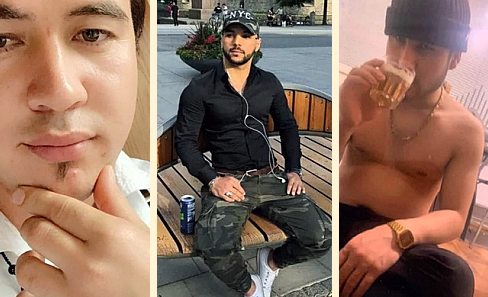 Below is yet another account of debased behavior by Afghan immigrants in Modern Multicultural Sweden. I presume that the Silence of the Feminists reigns on this one, as it usually does in such cases.

And just think — Sweden, along with most other Western nations, is about to be subjected to a new flood of thousands of Afghans who have been “rescued” from the Taliban in their homeland.

Many thanks to LN for translating excerpts from this article in Fria Tider. The story of violent degradation is difficult to read; those who are sensitive to descriptions of brutality and sexual abuse may want to skip this translation:

Three Afghan men have been sentenced to long prison terms for subjecting a mentally handicapped woman to aggravated gang rape at a special residence in Upplands Väsby.

“I love you so much,” the woman wrote to one of the rapists, who tricked her into believing he was her boyfriend.

Lisa is 24 years old and lives in Upplands Väsby in a special accommodation for disabled people who cannot take care of themselves.

Lisa has autism and a cognitive impairment, which means that she is intellectually at the level of a small child. She has difficulty following conversations, has a limited perception of time and has difficulty maintaining her hygiene. According to staff who help her, she is very naïve, cannot say no, and believes the best of everyone.

“She also has a hard time understanding that someone’s intentions towards her may be potentially harmful,” it says in a plan for support measures that the municipality has drawn up.

On weekdays, Lisa is at a municipal daycare where she paints and does crafts. One day in May when Lisa got there, the staff noticed that she was very sad.

“They did something stupid to me, I have a sore butt. They used a cider bottle,” Lisa said.

“I shouted, ai! it hurts, but then they did it even harder.”

The staff quickly realized that Lisa had been abused and called the police.

During a police interrogation, Lisa said that an Afghan named Abul Fazl Yaqubi, whom she called her “boyfriend”, had come to her home this weekend with another Afghan, Esmaili Jawid. They bought wine, cider and soft drinks which they offered Lisa.

After drinking a bit, Abul Fazl suggested that they play “truth or consequences”, a game in which when a spinning bottle points to someone, they must either tell a truth about themselves or do something that the other participants in the game decide.

Esmaili pulled Lisa down on the floor. While Abul Fazl held her arms, Esmaili pushed the cider bottle up between her legs.

“And then I just feel a cider bottle that they put in, far in and then I felt that it hurt a lot in my abdomen,” Lisa says in interrogation.

The bottle is pulled out and put in again. The second time makes it even worse. Still, Lisa does not dare to say no.

“You may be beaten if you say no.”

After the Afghans raped Lisa with the bottle, they took off their clothes and told her to go into the bedroom.

Inside, the abuse continues. Esmaili has intercourse with Lisa and repeatedly puts her fingers in her private parts. Then Lisa starts shouting that she does not want to. But her “boyfriend” Abul Fazl silences her screams by pressing his fingers down on Lisa’s throat.

During the course of the investigation, it turns out that this is not the first time that Lisa has been abused. A similar incident occurred a month earlier, in April. A third Afghan, Shokrallah Shahzad, also took part. Back then alcohol was drunk and the Afghans played truth or consequences with Lisa. She was then penetrated not only vaginally but also anally with a bottle.

“They pulled me down to the floor and then my boyfriend held my hands and then they put the cider bottle in my rear and they told me that they would not put it in that far, but it hurt and it hurt. I said no, I do not want to; I said stop; I even screamed stop,” Lisa says about the abuse.

Lisa got in touch with Abul Fazl via Facebook in March of this year. Messages taken by the police from her phone show that she quickly falls in love with Abu Fazl, who calls her his “girlfriend”. She overwhelms him with tenderness ratings.

“I love you so much,” she writes, followed by a long line of red hearts.

“I miss you very much darling you are my wonderful boyfriend all my life.”

“My sweet best wonderful boyfriend I love you so I almost cry with joy.”

Lisa had sex which she describes as “voluntary” with Abul Fazl on a number of occasions. However, the staff who care for her say that she has “vague ideas about what sex is,” but is easily manipulated and wants someone to care about her.

13 thoughts on “Love in the Time of Cultural Enrichment”