Nitzakhon, who blogs at Granite Grok, has initiated a worthy project that aims to compile a roster of information on children who have been killed by the “vaccine” against the Wuhan Coronavirus. It’s a good idea, and I recommend that everyone help him dig up the data. His email address is at the bottom of the post. 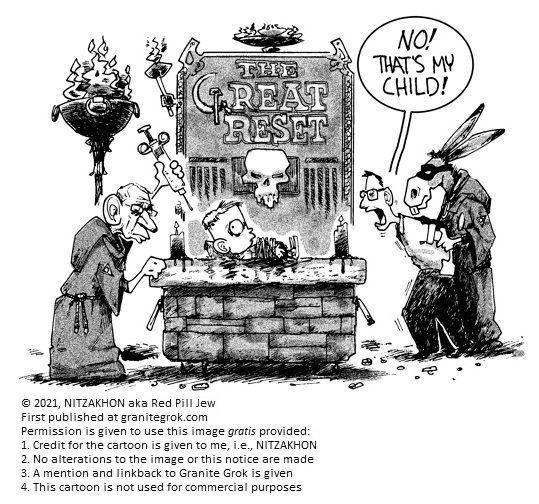 At the Baron’s request I have summarized my post at Granite Grok. Here is the original. My thanks to him to his consideration for helping me put this information on Gates of Vienna.

We are emotional creatures who can reason, and we react to risk not by cold numbers-driven analysis but rather by how we feel. Consider that the risk of a plane crash is very low, but there are people who dread flying because of their fear of being in a crash — heedless of the actual statistics of flying safety.

Fear, and its bigger cousin dread, are why we’re in the situation we’re in: facing a needle into every arm being mandated globally. Of course there are machinations and plots behind all this, but the vast majority of people have had fear pumped into them non-stop for so long they cannot think logically, but merely are captive to dread of this virus.

It is bad enough that fear is being used to poison adults. The natural dread that any parent feels when their child is threatened has been weaponized against us to — soon — push school boards and parents to believe they must protect their children by Jabbing them.

Two posts from Granite Grok, specific to pushing this into kids — locals are trying to head off the potential mandates for their children:

But to the point. As I said in Jab Judo, use the enemy’s tactics against them. They’ve pumped fear into the population to drive them to the Jab… so drive fear into parents ABOUT the Jab. Thus, my goal is to collect stories about children who have died from the Jab so far. Names, details such as age, what Jab, how long after, and ideally a picture to compile into handouts showing page after page after page of images and data such as this:

These can be printed out and handed out to parents as they attend school board meetings. And if we compile enough they can be read aloud as public comments — which must be entered into the meeting’s minutes, and are likely Zoom-broadcast out to the community.

No parent, hearing 10, 20, 30, or more of examples like this — one right after another — could fail to have their hearts gripped by dread and the prospect of their child being one of these dead kids after a Jab.

And that’s the point. Once dread takes over, all the honeyed words and slick assurances that it’s “safe and effective” will not matter. Parents will die to stop it. Add in a few other resources, like the Children’s Health Defense, LifeSiteNews, and Surak’s site as a conclusion of places to go for more information.

Please help! I need to compile, ideally, at least 100 such cases. The more the better!