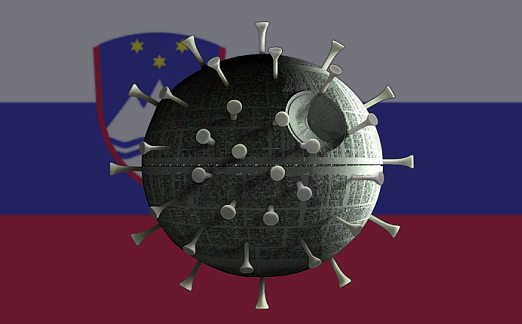 Earlier today our Hungarian correspondent László sent this note about the Coronamadness in Slovenia:

Yahoo fails to mention what Hungarian state TV claims about Slovenia: if you are unjabbed, you are a de facto pariah in Slovenia, effective from today. If you have no “immunity card” or a negative Covid-test not older than 48 hours, you will be excluded from the following services: buses, trains, gas stations, banks, post offices, shopping malls, hairdressers, cosmeticians, restaurants, hotels, events, healthcare facilities, employment offices, social administration centres, public administration offices, GPs, nursing homes. You can still buy food without the Corona-papers.

Imagine: if this is true (please check it out with locals), you can travel only by bicycle because you cannot even refuel your car or motorbike, and you cannot get on a train or bus. You cannot enter a bank… You cannot buy clothes. If you are fired for being unjabbed you cannot get unemployment benefits. You cannot visit your sick relatives in the hospital. You get no healthcare! etc. Life becomes nearly impossible there without the Mark of the Beast.

As László suggested, I asked our Slovenian correspondent Andrej Turjaški to confirm the report. Here’s what he said:

In brief, it is true. But it also needs a longer clarification to understand it.

Disclaimer: I got the jab.

Just as the pandemic was starting in March 2020, the new coalition was suddenly formed in Slovenia. So a new government was formed. Instead of a left government, led by the demi-intelligent comedian Marjan Šarec, a center-right one was formed with a prime minister named Mr. Janez Janša, who is a staunch opponent of communism.

Even before the new government was formed there were protests against it fueled by NGOs and media. Media in Slovenia are 90% leftist, and they constantly attack everything the government does. So the left politicians and media started to undermine measures that were taken in order to prevent the spread of the coronavirus. Nothing that the government did was right. This, coupled with the fact that Slovenians don’t exactly abide by the laws and bylaws, meant that protective measures were mainly on paper but were not enforced. This all led to a dramatic increase of new Corona cases at the end of August and beginning of September, so the government indeed decided that enough is enough, and that percentage of vaccinated people has to increase. Currently the percentage of fully vaccinated population is just under 50%.

The followers of the Slovenian Left (all supporters of the hard-left parties, that never separated from hardcore communism) stage a protest every Friday. They use every opportunity to mobilize people to take to the streets, so they used the anti-Corona measures to stage massive demonstrations in Ljubljana today against these new measures to fight Corona, or better, to entice people to take the jab.

You see, just as in the World War Two, the Left in Slovenia is again using this crisis in order to secure power. The Covid is just a façade.

3 thoughts on “Corona Fascism in Slovenia”