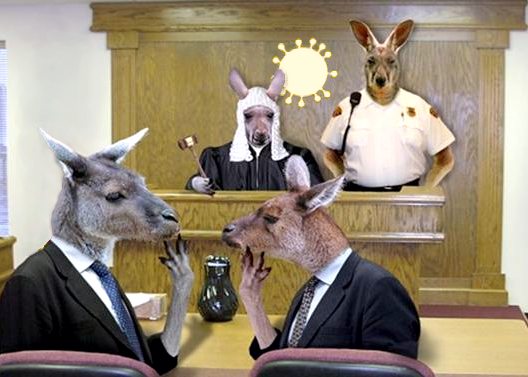 …but fortunately for the accused, the sentence was suspended.

One of the most notable (and chilling) aspects of the Wuhan Coronavirus crisis is the uniformity of the official responses to the “pandemic” across the entire Western world. There is some variation among nations, but the general approach of all governments is similar, with Australia and Slovenia being the most thoroughly totalitarian, and Demark and Sweden the least. Within the USA there is, as might be expected, considerable variation among the states. Florida and Texas stand as bulwarks of liberty, while New York, Michigan California, and Hawaii are vying to see who can be the most repressive.

The following article concerns a Hungarian pharmacist who was convicted of “spreading rumors” about COVID-19 and given a one-year suspended sentence. Based on the description of his “crimes”, I’m as guilty as he is — everything he said seemed eminently sensible and factually true. I guess I’m lucky to live in the United States where it’s still very difficult — for the time being — to convict people of crimes for nothing more than the opinions they publish.

Many thanks to László for translating this article from Mandiner.hu:

The virus-sceptical pharmacist was sentenced to one year in prison for spreading rumours, with the sentence suspended for two years. In an article published last year, Mr. Godény called the government’s anti-pandemic measures “virus propaganda” and wrote that the mandatory face mask was harmful to health. The criminal conviction handed down by the court is not yet final.

The Nyíregyháza District Court has issued a decision in the case of the virus sceptic Görgy Godény, Mandiner has learned from László Szilágyi, spokesman for the Szabolcs-Szatmár-Bereg County Prosecutor General’s Office.

As reported by our newspaper, the pharmacist was charged with the crime of spreading rumours during a special legal regime by the Nyíregyháza District Prosecutor’s Office at the end of June, after he published an article on the Internet in November last year, the content of which would be capable of hindering the effectiveness of protection against the coronavirus.

In his article, entitled “Freedom of Choice”, Mr. Godény called the shopping time limit for pensioners a pointless measure, described the government’s actions as virus propaganda and called the whole defence an artificially created hysteria.

As for the compulsory wearing of face masks, he said that they were harmful to health and did not fulfil their protective role. His claims were capable of misleading the public, as he received a large number of comments and hundreds of shares on his website and social networking site.

The prosecution in Godény’s case, acting on the basis of the case file only, moved for a so-called criminal judgment, without a trial, asking for a suspended prison sentence.

According to the order issued on Friday the pharmacist was sentenced to one year’s imprisonment, suspended for two years, for spreading rumours.

However, the decision is not final, as the accused and his defence lawyer may request a retrial in the case. The prosecution, however, considers the sentence to be appropriate, said László Szilágyi.

As we also reported, the pharmacist announced on his social networking site at the end of August that the YouTube video-sharing portal had permanently deleted his channel.

2 thoughts on “A Year in the Slammer for Spreading Rumors…”