It turns out that the débacle in Afghanistan has caused casualties in the interim Dutch cabinet. Our Dutch correspondent H. Numan has the report. 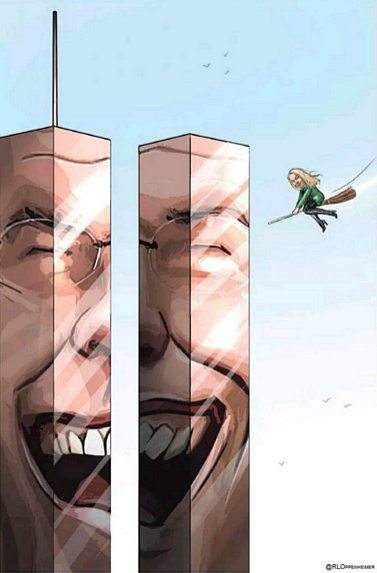 A new cabinet? Not bloody likely.

At the beginning of March the Dutch went to vote. That’s a cool six months ago. A new cabinet coming soon? No, that will take a while. A very long while. Yesterday the Dutch vice-premier and minister for foreign affairs, Sigrid Al Qaq, was forced to resign. Again, as the current cabinet is demissionary. It had already resigned. She was the first Dutch victim of the US surrender in Afghanistan.

Both the (demissionary) ministers of defense, Ank Bijleveld, and for foreign affairs, Sigrid Al Qaq, had to explain themselves in parliament about Afghanistan. Before the surrender parliament had asked both to take measures for proper evacuation, which they hadn’t followed up. Parliament didn’t like the answers, and approved a motion of censure. Ank Bijleveld refused to resign, but Sigrid Al Qaq did. A motion of censure is not a motion of no confidence. In the first case, a minister can resign. In the second case, a minister must resign. It took a while to get some sense into Mrs. Bijleveld, but after 24 hours she finally resigned as well.

That makes the already very difficult cabinet negotiations next to impossible. Why? The voters voted for the impossible. Let’s have a quick look at the results: the VVD won (= didn’t loose a lot) with 34 seats. Runner-up was D66, with Sigrid Kaag — Al Qaq, they got 24 seats. Next was the PVV with 17 seats. Those are the big parties. CDA (Christian democrats) lost massively; they have 15 seats left over.

On the right side of the ballot a lot of new parties gained and lost seats. But none of them got over 7 seats. On the left side everybody lost. Some not so much, others a lot.

The powers-that-be don’t want a conservative government. In real life, that’s impossible anyway. To form a truly conservative cabinet you need no less that seven parties. That has never happened. The largest Dutch coalition had five parties, and collapsed within a couple of months.

The most logical solution would be a continuation of the present coalition, as it could be a workable cabinet. However… before the elections began, the Christian Union (Communist Calvinists) explicitly ruled out working together with D66. Sigrid Al Qaq retaliated likewise. So that option is a clear no-no.

The next option was a progressive cabinet. That might work, too. However, the lame (PvdA, our Labour party) firmly hold hands with the blind (GreenLeft, the communist party). They want to rule together or not at all. That demand is completely unacceptable for the VVD, for a very obvious reason. In such a cabinet they would become the minority party. Such a cabinet would effectively be a communist cabinet, with the VVD as a convenient scapegoat.

That leaves only two options: a minority cabinet or new elections. Calling for new elections has never happened. But it seems painfully clear this option is the only workable one. Why? Because the results of the elections are already old hat!

Since March a lot has happened. The Christian Democrats (CDA) committed suicide by ousting their enfant terrible, Pieter Omtzigt. They have 15 seats at the moment, but are polling at 9. Right now, that is. Because they are in the political elevator going down. Fast. I have no idea why they committed suicide. With Omtzigt as leader, they would have won the elections. Possibly enough to have him as the new prime minister. They would at least have recovered from their downward track. I wrote about this just after the elections.

However, they kicked him out. Or rather, they forced him out. He wasn’t ousted from the party, but they made him resign. Which he duly did. Now he’s running as an independent. We don’t know what he will do. If he sets up his own party, which is almost certain, that party is already polling at 20-26 seats. At least six of those seats will come from the CDA.

Which means the clock in Omtzigt’s office will chime “pay back!” every hour. He’s unlikely to accept those who made him resign. As politicians go, Omtzigt is straightforward and honest. You can make a career out of that. Just look at Geert Wilders.

It’s doubtful Geert Wilders knew where the path he chose would lead to. Same goes for Omtzigt. Both made decisions; circumstances and the future decide what comes next. Logic dictates that Omtzigt will allow only the most credible (and conservative) CDA politicians jumping ship to join his party. Anything else makes no sense. That means that he’ll be open for a real conservative cabinet. Which means a cabinet with the PVV and/or other conservative parties. That is what circumstances will force him to, whether he likes it or not.

All the above makes a minority cabinet a stillborn baby. The Christian Democrats currently hold 15 seats, but will be lucky to keep six of them in new elections. Probably fewer. That doesn’t give them a strong hand in negotiations or in a minority cabinet.

The lame and the blind holding hands tactic didn’t work. Labor hasn’t recovered from their fall from grace, and GreenLeft is on the way down. Like in the last elections, they demanded too much and got nothing.

The other left-wing party, D66, is knee deep in doodoo. At the moment they have 24 seats, but that won’t last long. The cartoon you see at the top of this post shows the Twin Towers with the face of Mark Rutte in it, being attacked by a witch on a broomstick. That witch is Sigrid Al Qaq. It is a response to a lecture Mrs. Al Qaq held.

As it is, Mrs. Kaag — Al Qaq is fluent in Arabic, with a track record of foreign postings in the Middle East. It is a near certainty she quietly converted to islam. We don’t know, as she keeps her religion firmly to herself. All we know is that she’s virulently anti-Semitic and pro-Palestine. You do the math.

Mrs. Al Qaq isn’t doing very well in her party right now. She had a lengthy propaganda movie about herself made by her department and public broadcasting companies. That movie, surprise, surprise, came out just before the elections. Unlike Triumph des Willens, the reception was pretty much negative. The message was: Elect Kaag as first female prime minister, because she wants to be the first female prime minister. People are questioning why this piece of s**t propaganda had to be paid for by the public. And why it was broadcasted as a full hour-long documentary on prime time.

Next, the cartoon. She gave a speech at the Schoo-Lezing. This is a very prestigious political lecture held annually at the beginning of the parliamentary year. In this lecture she called Mark Rutte a jerk, unreliable, misogynist and anything you can think of, without mentioning his name. Rutte didn’t respond as he could and should — by firing her on the spot. He can’t, because they are negotiating a coalition.

That doesn’t mean to say her lecture won’t have consequences. She clearly closed the door for any possible coalition with the VVD. Closed the door is an understatement. More like, slammed the door shut, nailed it, and placed landmines in front of it. The cartoon shows it better than I can in many words.

Her needless slandering of Rutte doesn’t sit well within her party. All the D66 big shots are up in arms. What the hell was she thinking? Did she ran out of Ritalin? Where is a straitjacket when you need one? She didn’t need a face mask, but a muffler!

Even worse: her response to that cartoon was proverbial woke: she was highly offended by it. How dare they? Instead of ignoring the cartoon, she publicly attacked it. That’s political suicide. Every politician knows that. However, woke Al Qaq ignored it, as all the woke do. We woke can do that, you know. Well, go woke, go broke. I don’t know if she has an attendant in front of her shouting “dead man walking!” She really needs one. The only reason she is still leading D66 is that they need time to find a replacement.

Oh, before I forget. Is it possible to resign, when you already have resigned? Apparently so. Mrs. Sigrid Al Qaq was part of the cabinet of Mark Rutte, which resigned in February. This is the second time she has offered her resignation to the king.

2 thoughts on “A New Cabinet? Not Bloody Likely.”