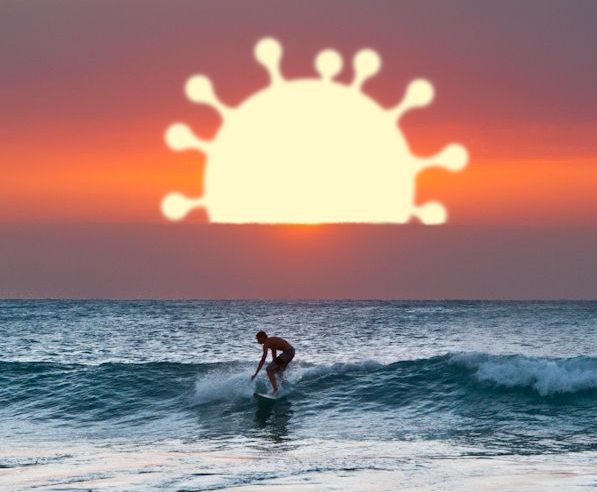 DISCLAIMER: I have no idea whether the number of vax deaths cited in the story below is accurate. First of all, the author (who is not a native English speaker) has misinterpreted the 45,000 deaths within 72 hours of “vaccination” as being for Hawaii alone, which is obviously absurd. The lawsuit was filed in Hawaii, but the figure is plainly meant to refer to the whole of the USA.

I spent some time looking around the web for other articles about the lawsuit. All the mainstream reports that mention it consisted of “fact-checking”, and (surprise!) concluded that the figure given was false. Those numerous fact-checks made my spider sense tingle, because we’ve all seen what the professional fact-checkers have identified as “fake news” in the last few years, and especially in the last nine months. And I know for certain that the adverse effects of the “vaccine” are being deliberately under-reported, as Mr. Green says — I’ve seen multiple independent reports attesting to that fact.

So make of this what you will.

Many thanks to Hellequin GB for translating this article from a German news site. The translator notes: “The embedded video has more emotional power than the article in itself, in my opinion.” See the original article for the embedded video, which is in English:

A group of lawyers filed a giant class action lawsuit against the US state of Hawaii. One of the hired lawyers made a statement at a press conference and named the unbelievable number of 45,000 vaccine deaths in 72 hours as the reason for the lawsuit.

Renowned Hawaiian lawyer Michael Green made a name for himself last week with a class action lawsuit against the US government’s vaccination campaign, to which he is demanding an immediate stop, and wants claims for damages. The lawsuit is now also joined by around 1,200 employees of the Hawaiian healthcare system — paramedics, nurses and doctors — who have been campaigning for weeks against the “indirect vaccine requirement” imposed by the governor and mayor of Honolulu. It is believed that thousands more citizens will join Green’s lawsuit in the US island state alone.

According to the plaintiffs, contrary to the official figures, there are now 45,000 fatalities in the USA alone as a result of the experimental Covid vaccinations. The US portal Rumble.com quotes Green as follows:

“The tests we saw by doctors across the country show that nearly 45,000 people who received these vaccinations were dead within 72 hours,” attorney Michael Green said at a news conference Thursday.

In addition, it is completely unnecessary to test asymptomatic people, as required by the Center for Disease Control and Prevention (CDC) — because they could not spread the virus, either.

“First the carrot, then the stick”

In the Hawaiian capital there is increasing resistance to the vaccinations required by the government, including among civil servants. In an emotional statement, Fire Chief Kaimi Pelekai reported that he had lost his job because he refused to inject “an experimental vaccine into my body that can kill people,” the fired firefighter said, according to local media. Even among the employees of the public transport company, quite a few employees are now going to the barricades. However, since the powerful Teamsters Union is involved in this case, the city administration does not want to risk mass layoffs: There are no fewer than 800 bus drivers and administrative employees who want to remain unvaccinated.

“Members have expressed concern that the vaccine is still under emergency approval,” said Wayne Kaululaau, President of Local Teamsters. For the Pfizer / BioNTech active ingredient Comirnaty, the provisional approval was converted into a regular approval by the US approval authority this week — due to considerable political pressure. However, this does not change the concerns of employees. They don’t want to be vaccinated — even though it will become mandatory for all Honolulu urban bus drivers by October 1st at the latest. The alternative is daily tests; if both are refused, there is a risk of punishment or dismissal.