I posted last week about the possible reasons why the U.S. government and all other Western governments are urging their citizens to get the COVID “vaccination” with the most intensive propaganda barrage I’ve ever seen.

Up until now the incentives offered have been mostly carrots — cash payouts, free stuff, tickets to Bruce Springsteen concerts, the right to enter restaurants and dine indoors, etc. However, one could sense that the sticks were on the way. They’ve become more obvious in the last couple of weeks, with the mandates imposed by the French government, and the restrictions on the unvaccinated announced by New York Mayor Bill “Stalin” de Blasio.

Yesterday a couple of new data points appeared that help us understand which way the wind is blowing. First of all, President Joe Biden said that he expected the FDA to give full approval to the vax by “mid fall”. Immediately following that announcement, like magic, someone at the FDA leaked information to The New York Times saying that the Pfizer “vaccine” will receive full FDA approval this fall.

This will clear the way for the federal government to impose a national mandate requiring citizens to get the jab. As long as the mRNA/spike protein treatment remained experimental, the government’s ability to make the vax mandatory was hobbled — that pesky Nuremberg Code kept getting in the way. With full FDA approval, however, the jab is no longer experimental, so that particular obstacle will be removed.

For myself, I intend to be a broken record about the “vaccine” for as long as I can, until four burly orderlies pin me down while the nurse sticks a needle in my arm. According to law, everyone is entitled to give “informed consent” to any medical treatment. I wish to be fully informed, so please show me the results that show the adverse effects of the “vaccine” after five years, according to the clinical studies. No such information exists, of course, and will not until at least 2025. Therefore I cannot be informed. Therefore I deny my consent, for all the good it will do me.

I expect the government to hold back from the Full Monty on vaccine coercion for a little while. Not all federal judges are yet fully under the thumb of the new regime, so the Powers That Be inside the Beltway, if they are shrewd, will avoid any executive orders that would be in obvious violation of Constitutional protections.

However, the feds have numerous methods of getting around that annoying Constitution; they’ve been using them for decades. Those methods mostly involve the power of the purse: any entity that receives federal funding must comply with the federal mandate, or risk losing that funding. Such entities include state and local governments, hospitals, family practices, public universities and community colleges, public schools, non-profit organizations, numerous private corporations (including grocery stores that take food stamps etc.), and individuals who receive Social Security payments or disability or are treated by practitioners who receive Medicare or Medicaid. In other words, damned near everyone in the country can be forced to get the jab at the risk of having vital resources withdrawn, all without violating their Constitutional rights.

That’s what I’m expecting. I’ll be tightening my belt and hunkering down. I’m hoping the Amish markets will resist the federal mandates even after Food Lion caves in.

Brandon Smith has posted an excellent essay entitled “We Will Not Comply: A Campaign Against Medical Tyranny”. His basic idea is that we “vaccine hesitants” should consciously decide to act as a decentralized resistance against the new Stalinist reality. To be organized and have leaders is to invite FBI infiltration and prosecution. However, if we simply act spontaneously and support each other, we can make the enforcement of full compliance quite difficult for FedGov. After all, there are many millions of us.

To that end I have included his graphic at the top of this post. I’ve appended various additional anti-vax graphics below, which everyone can borrow and distribute as they see fit.

For my own part, my contribution is simply that I WILL NOT COMPLY. I won’t voluntarily allow myself to be jabbed, and am willing to live with the consequences, whatever they may be. 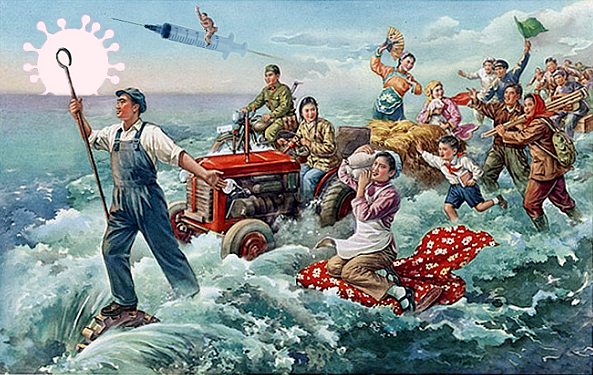 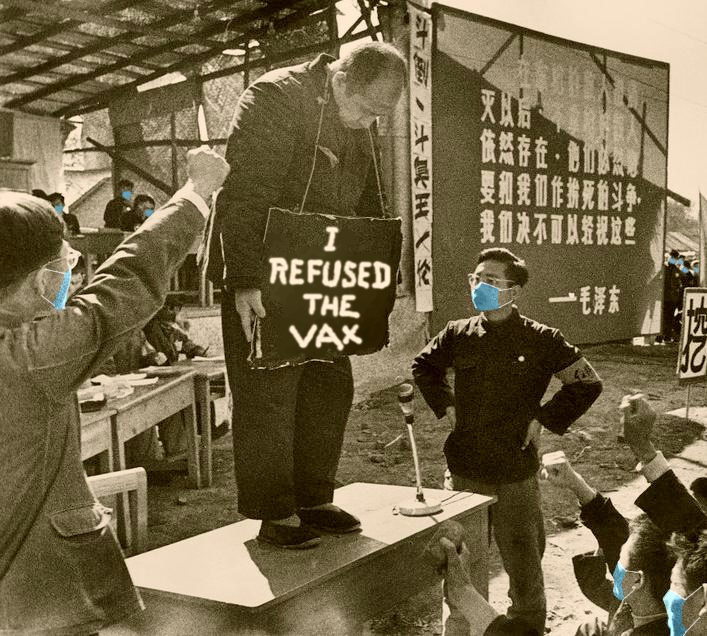 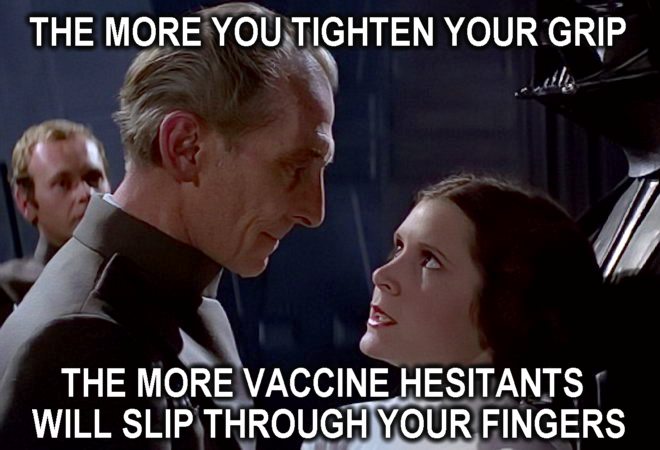 14 thoughts on “You Can Take That Needle And…”