Our Dutch correspondent H. Numan discusses several examples of a two-tiered justice system, both in Thailand and The Netherlands. 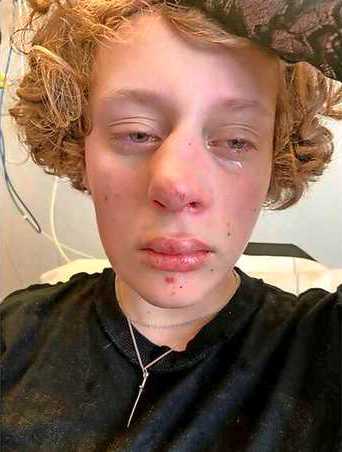 Is The Netherlands turning into a banana republic kingdom? You decide. Let’s begin in Thailand with Red Bull, the famous energy drink. It was invented here by Chaleo Yoovidhya. When he died, he was one of the richest persons in Thailand. Most of his fortune ($5 billion) was inherited by Vorayuth Yoovidhya. He’s a typical upper class playboy. He drove his Ferrari over a policeman, flattening and killing him in the process. After the accident he simply drove off. His lawyers did everything to keep him out of jail. Ably helped by the police, I have to say that. Without the help of the boys in brown (or the brown clowns as they are often called) he couldn’t have fled the country. Several times, actually. This incident happened in 2012. He fled to England, where he lives a very comfortable life in exile. The charges are about to expire. When they do, he can come home without any problems.

The country was — and is — in an uproar. Merely mention the name of Vorayuth, and people turn red. Yes, it very much is class justice. Everybody knows that, and everybody hates it. In a (very) minor way Vorayuth was punished: it cost him many millions to stay out of jail. Not really a heavy burden, as his inheritance is well over $5 billion.

Over to Banania on the North Sea. A fortnight ago a group of Dutch upper class good-for-nothings provoked a fight on Mallorca with a passer by, who happened to be Dutch as well. One of them kicked Carlo Heuvelman in the head, when he was already beaten to the ground. Carlo died on the spot of his injuries. The group fled the scene and the country. Back to home sweet home. One stayed behind, and was arrested.

So far, nothing unusual. That begins now. The news broke pretty soon afterwards. Also that the perpetrators were not arrested. The police merely ordered them not to leave the country. Ordered? I doubt it. Probably politely asked it, pretty please with sugar on it. It gets even better.

The public prosecutor announced that in the EU it is possible for a local magistrate to ask the other country to take over the case. That caused an outcry nationwide. In Spain, those hoodlums would receive 12-18 years each, at a very minimum. In Holland nothing of the kind. Probably community service. At worst, a couple of months in a much more luxurious cell.

Which… of course happened, the very next day. The Spanish court requested its Dutch counterpart to take over the case. GeenStijl.nl immediately published not only that news, with their opinion about it, but also the full names of the culprits. This is something new. It’s customary ‘for privacy reasons’ to describe a suspect with his first name and initial. Like Volkert G, not Volkert van der Graaf. Incidentally, that character sued some newspapers for publishing his full name. (He lost.) Unless, of course, the suspects are adherents of the religion of peace. In that case they are described as ‘citizens of…’ or ‘boys from…’ or with initials only. We Dutch are not that stoopid, so initials only doesn’t work well with the letters A(chmed), H(assan), M(ohammed) or Y(ussuf).

Technically GeenStijl didn’t break that unwritten rule. They circumvented it, by publishing (and explaining in detail) their Google search results. They had the first names, and the city. That was enough.

All of them live in Het Gooi, an area for the upper crust of Dutch society. Their parents directly went to work to keep their offspring out of jail. All of them are well-to-do and influential. Many of them are lawyers themselves, or know the involved magistrates intimately.

Now pause for a bit. This is what happened to me, when I was a teenager (14). I was caught by the police doing something mischievous: shooting an air pistol where I wasn’t supposed to do that. My dad had to pick me up from the station. He intentionally walked there, so he could kick me back home, literally. Which is exactly what he did. The officers saw my father was white-hot and would punish me a lot more severely than any judge would or could. No charges were filed. I learned my lesson and couldn’t sit for a week.

Not so with our elites. More the opposite. They know very well their precious boys were going to feast on water and paella for the coming 12-18 years. That would look very bad on their resumes. They pulled some strings, and got results. The murderers are to be tried in The Netherlands. For… reasons.

After GeenStijl published the names, the prosecutor, Rutger Jeuken, got furious. He lied said he didn’t know anything more than the public, as he hadn’t made the request to have the boys tried in The Netherlands. He called it a witch hunt, and insinuated that this could lead to very light sentences. Which, of course, is a contradiction. Harsh sentences are in Holland reserved only for those the elites don’t like. Certainly not for the elites!

Poor Mr. Rutger Jeuken. Not only has he been teased all his life over his family name (jeuken = to itch). Now he’s turning into the butt joke of the week. Spoiled elite brats will get preferential treatment. Don’t complain about it, otherwise they get an even lighter sentence! Pray, how? The court will withhold their cookies and milk? Inform them that murder is not done? You can’t get lighter sentences than in Holland!

Apart from that, why should the trial be held in The Netherlands? That’s a silly legal loophole that needs to be stitched up fast. This is a clear-cut case: a bunch of juvenile tourists murdered another tourist in Spain. Nationality is not an issue. Language is not an issue. The very idea that the Dutch don’t speak good enough Spanish is preposterous. There are plenty of good translators available in Spain. Their parents can well afford it. This is a very clear case of preferential justice.

We’re not done yet. At the same time a 14-year-old Dutch boy who thinks he is a girl was beaten up severely by two Moroccan boys of the same age. They asked this trannie-to-be what he was, boy or girl. They didn’t like Frédérique Brink’s reply, so they broke his nose and jaw.

Nothing out of the ordinary, so far. The usual gay-bashing we come to expect from mohammedan boys. It hit the news, though. What made it special is the daddy. What does a normal father do when his son/daughter is beaten to a pulp? Stay at home, and comfort him. Not this daddy. Within 24 hours he appeared on national television. Here’s a box of Kleenex and a strip of aspirin, Frédérique. Daddy’s going on telly! To tell the world how sorry he is(n’t). He said he understood these boys, and forgave them for what they did. What a caring father!

GeenStijl (and other journalists) dug into daddy. He’s divorced. His ex-wife doesn’t agree at all with his ‘forgiving’ attitude. Her son/daughter was assaulted. This publicity (s)he doesn’t need at all. Daddy’s name is Paul Brink. He is a bit of a — let’s put it politely — sleazy figure. Has illegal weapons at home, and was involved in the Panama Papers. He also has a criminal record (extortion). You don’t need to be a sleazebag to mingle with the upper crust, but it sure helps.

The news hit the media pretty big. In this case the prosecutor had the two juvenile boys arrested, for inflicting grievous bodily harm. After a fortnight the arrest was extended. This is quite unusual, to say the least. Rarely are juveniles under 16 kept under arrest, and even more rarely will that arrest be extended. A lot of people are now asking the question: why? Eight known (and adult) murderers can stay comfortably at home, while two minors for a much less severe crime are kept in extended arrest. If anything reeks of class justice, these two cases do. Do mind, these cases are not related. They just happened at the same time.

As this is a highly popular news topic, all well-known and famous Dutch hastened to show [free] sympathy. Wait. Isn’t that directly supporting what Geert Wilders says? Yes, indeed it is. However, our celebs have a little loophole. They show [free] support for the victim, and against the act. Not against the perpetrators. Those are juveniles who don’t know better. A very weak excuse, but I don’t hear too many people making the connection. So, it works.

There are days I’m ashamed to be Dutch. This is such a day.

6 thoughts on “Welcome to Banania”