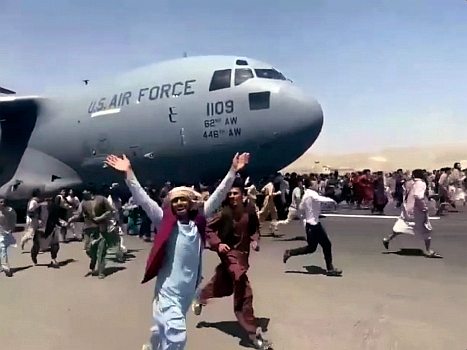 Like most Americans, I started paying close attention to Afghanistan in the weeks and months after September 11, 2001.

I had been well aware of the country before that, beginning with the Soviet invasion in late 1979. I remember reading the reports in the World News section of The Washington Post about the arming and training of the Afghan mujahideen by the CIA in their efforts to thwart the Russians. Some of the greybeards in the Taliban and al-Qaeda got their explosives training from American intelligence operatives thirty-five or forty years ago.

I was also aware of Osama bin Laden before 9/11. I read about him in reports about the Khobar Towers bombing in June of 1996, the bombings of US embassies in Kenya and Tanzania in August of 1998, and the bombing of the USS Cole in October of 2000. I knew that he was reputed to be holed up in Afghanistan, and our military leaders were itching to go in there and take him out.

After the Twin Towers fell I started reading intensively about what I now call the Great Jihad. I had read Among the Believers by V.S. Naipaul back in 1981, when it first came out, so I was aware of the inevitability of the clash between Islam and the West. After 9-11 I read additional works on Islam, beginning with The Sword of the Prophet by Srdja Trifković (whom I had the good fortune to meet and work with years later). When Jihad Watch started up, it became an invaluable resource for understanding Islam.

Before Dymphna and I founded Gates of Vienna, I hung around on various right-of-center blogs and forums. In the first few months after 9-11 it seemed that everyone was on the same page. It’s hard to credit now, but back then Andrew Sullivan, Jonah Goldberg, Roger Simon, Mark Steyn, and Glenn Reynolds were all more or less in agreement.

By 2004 or 2005 that had changed. The party-line Republicans heeded the words of George W. Bush and observed the distinction between “Islam” and “Islamism”. Pakistan was our “staunch ally”. The despots of Qatar and Saudi Arabia were our “friends”. Condoleezza Rice referred to Islam as the “religion of peace and love”, as if this were San Francisco in 1967. I think that was when I permanently disassociated myself from the Republican Party. When my liberal acquaintances referred to me as a Republican, I would say indignantly: “I’m not a Republican — I hate Republicans! The only thing worse than a Republican is a Democrat.”

I diverged from the mainstream and became a right-wing extremist, and more specifically an Islamophobe. That put me beyond the pale, and eventually got this blog kicked out of Pajamas Media.

Watching the situation in Afghanistan evolve over the next twenty years made me into the cynic I am today. Remember Mullah Omar? Osama bin Laden was Public Enemy Number One, and Mullah Omar was Public Enemy Number Two. Despite having the greatest military in history and absolute control over Afghanistan, the United States could not go in, pull him out of his hole, and “bring him to justice”. It was obvious that high-level corruption was at work, that we had cut a deal with one or more tribal mobs allowing the Mullah to remain unscathed.

And then there was the tradition of bacha bazi, the nancy boys of Islam. The time-honored Afghan custom of sodomizing pre-pubescent boys was allowed to continue unchecked, and our soldiers were ordered to turn a blind eye to it, even when it occurred on American military bases.

And then there was the opium. Not only did poppy production remain unimpeded, it even increased. The CIA took effective control of the opium trade, making sure that the lucrative racket stayed in the hands of its favored allies in organized crime.

And then there was Pakistan, which had always been the Taliban’s best friend. Osama bin Laden was allowed to escape from Tora Bora — more corruption at work — and hole up in Pakistan for another ten years. The Pakistani intelligence services knew exactly where he was, and there he was allowed to remain until he outlived his usefulness and our staunch ally gave him up.

All those trillions of dollars poured into the bottomless sandbox. So many valiant soldiers deprived of life and limb. So much baksheesh handed over to tribal chieftains and mullahs and provincial satraps to pay for their harems and their little boys and their lives of luxury.

I remember those heady days after the ousting of the Taliban in the fall of 2001. Right-wing commentators exulted in the fact that the Soviets had been unable to defeat the mujahideen after nine years of counter-insurgency, while we had finished the job in just a few weeks.

Only we didn’t. We decided that we had to win hearts and minds, and harvest the poppies, and enrich the tribal leaders. We lingered for another twenty years, and any time skeptics objected to this exercise in futility, why, there was always another school to build, more girls to educate, more degrees in gender studies to hand out. How could we leave, when the LGBTQIs of Afghanistan were still oppressed by the patriarchy?

They bled us white, and now the Russians are laughing at us, because we spent a thousand times as much in the Hindu Kush as they did, and departed with our tails between our legs anyway twenty years later.

Afghanistan is often referred to as the “graveyard of empires”. First Alexander the Great, then the British Empire, then the Soviet Empire, and now the American Empire.

Let’s face it, though: American hegemony may have found its final resting place beneath the tarmac of Kabul Airport, but it had been receiving end-of-life care in the hospice for a long time before that. The Taliban simply pulled the plug on our life support and put us out of our misery.

The Hindu Kush is a range of vast mountains that abuts the Himalayas and bends southwest through Pakistan into Afghanistan. A high-altitude pass through the range serves as the principal route between the high plains of Afghanistan and the fertile lowlands of the Indus Valley. According to accounts from Muslim antiquity, the name means “Hindu-killer”, and refers to the fact that most of the Hindu slaves who were brought up from the lowlands by their Islamic masters died en route in the bitter cold of the high passes.

By calling this post “The Yankee Kush” I mean no disrespect to Southerners (of whom I am one). When angry foreigners scream “Yankee go home!” at us, they don’t just mean the boys from New York and Boston and Chicago, but also include the boys from Biloxi and Richmond and Memphis. Foreigners don’t understand the sectional animosities of the USA, and pay no heed to them.

When I lived in England in the 1960s, my schoolmates referred to me as a “Yank”. During my early days there, I sometimes said indignantly: “But I’m not a Yankee! I’m from Virginia!” Unfortunately, such distinctions were meaningless to the Brits. Massachusetts, Maine, Virginia, Alabama — it was all the same to them. Except for Texas — for some reason, they seemed to understand that Texans were different.

34 thoughts on “The Yankee Kush”