It’s always interesting to get a non-American viewpoint on American politics. Our Dutch correspondent H. Numan is better-informed than most Europeans about what goes on here in the USA, so his insights are entertaining as well as instructive. 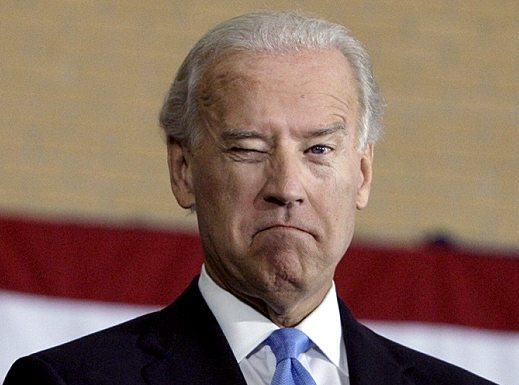 I normally don’t write a lot about the USA, but sometimes I have to. The humiliating surrender in Afghanistan is such an occasion. Surrender? Yes. It’s not a withdrawal with some minor hiccups when you leave $85 billion worth of equipment behind, and willingly throw your allies to the wolves. Actually, this is a follow-up to the article I wrote when the Biden victory was confirmed. It’s a lot worse than you think.

Benedict Arnold merely tried to sell West Point. Joke Biden actually sold the United States. At this moment Afghanistan has one of the best-equipped armies in the world. That’s not a joke. The Taliban has more and better equipment than France, Germany or the UK. Plus plenty of money to buy whatever they lack. Oh, so they don’t have pilots to fly those Black Hawks? No problem, we hire some. How much equipment was left behind? Enough to give each and every Taliban fighter his own truck, plus a couple of rifles.

Was surrender necessary? Of course not. Portugal had the same problem after their Carnation Revolution in 1974. The revolutionary government dissolved the Portuguese colonial empire overnight. They did it as it should be done: first they evacuated civilians. Next they evacuated everything remotely possible, including toilets, water taps and bathtubs. Then they withdrew their military to the last airport, while keeping a vigilant heavily armed guard. The withdrawal was finished in a couple of weeks. Nobody (Portuguese or otherwise) was killed or even hurt. That’s how you do it.

However, that was not what the caretakers of Biden — the man is clearly senile — wanted. They desired mayhem. Wanton destruction. Mass killings. Immense loss of prestige. This defeat is worse than the defeat in Vietnam, far worse. It will take another twenty years to get over it. If ever. Yes, it is that humiliating. Vietnam was a fairly developed country compared with stone age Afghanistan. They only wanted the foreigners out of their country. Contrast this with religious zealots who always talk about defeating the crusaders. They just defeated the most advanced, biggest, and professional army in the world. Surely Allah knows best! 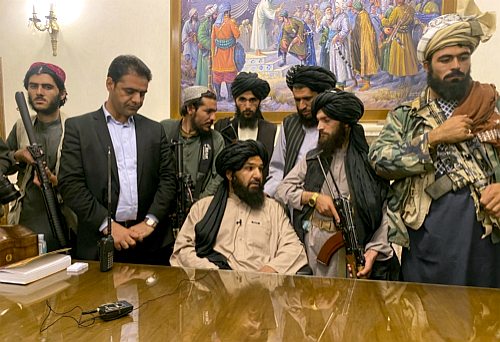 I can understand something had to be left behind, but not on this scale. That is not “an act of God” (Allah?) or “a simple mistake”. This is intentional. Leave helicopters and aircraft behind? Why on earth? You can’t fly them out? Or should I say: the minders of Biden didn’t want them to fly out? Leave a few vehicles behind? No problem, understandable. But +40,000 light attack vehicles and +22,000 Humvees? That is not an accident. That is on purpose.

It gets even worse. A Black Hawk helicopter is loaded with state-of-the art technology. You can rest assured those helicopters already are being dissected and reverse-engineered in Beijing, Tehran and Moscow. If not this week, certainly the next. Next year Russia, Iran and China have their own copies flying. That’s excluding all the technology that can be found in left behind high tech equipment, such as night vision goggles and communication gear. Forget about any advanced American technology next year. By then Russia, Iran and China have reverse-engineered everything.

In one stroke the American advantage in everything is gone: no more technology advantage, and more importantly: you lost needlessly against a bunch of stone-age shepherds armed with blunderbusses. Remember 9-11? Oh, you got satellite technology? We got box cutters!

We’re not done yet with the bad news. Biden — or more accurately: the minders of Biden — ordered all records and biometric data of people who supported the USA to be handed over to the Taliban. I kid you not. They really did that. The Taliban has now complete list of traitors they need to hunt down and execute. Which they will do.

Isis and Al Qaeda are also back. So those executions will be as barbarous and cruel as humanly possible. But … we were told Isis and Al Qaeda were defeated? Indeed, so you were. You were also told Benedict Biden won the election fair and square.

That’s kind of awkward, in the near future. People aren’t stupid. Next time the US needs interpreters, cooks or guards: no volunteers. Those people know they can’t rely on America anymore. They’ll be hung out to dry — literally. You can’t hide or disguise yourself, because of the biometric data. Be honest. Would you volunteer yourself for such an employer in the future?

Benedict Arnold tried to sell West Point. Biden really sold the USA. This might very well be the missing Reichstag fire. It is that bad.

No democratic government can survive something like this. However, you have a two-party system. The Democrats have absolute power. You can’t impeach the president or the government, because there is a Democratic majority in both Houses. The DNC doesn’t care at all that Benedict Biden’s ratings are down on the floor. As long as they have a majority in both houses, they have nothing to worry about. Rest assured they will do everything possible — legal and illegal — to keep it that way.

Forget ‘midterm elections are coming in 2022’. Sure, there will be midterm elections. That’s a full year in the future. Anything can happen in between. Look back a year. It was a near certainty Trump would get re-elected. Was he? How many people know the elections were stolen? The majority of voters still believe Trump was defeated, not cheated. Any reason to assume electoral fraud will be impossible during the midterms?

Biden may be senile, but he wasn’t idle the last seven months. First, he invalidated by presidential decree almost all presidential decrees of his predecessor. Next, he signed a few of his own. Such as the Critical Race Theory. That’s now in the official curriculum of public schools. Also, he once again allowed male perverts to visit ladies’ bathrooms. Not only that, but if you can’t win as a man against men in sports, pretend you’re a woman. It’s legal now.

In the last Olympics cheating became the new discipline. Officially. Those trannies cheaters did pretty badly, by the way. None of them won a medal. Athletes were ordered either to say they approved of it, or decline commenting to journalists. None of them approved; all of them declined. Doesn’t matter. The precedent has been set. Cheating is now allowed. Sport is dead.

Another item may have slipped under your radar. Biden announced a change of focus on terrorism. Mohammedan terrorism is no longer the biggest threat to the USA; domestic terrorism is. He didn’t go into details about who those terrorists are, but it doesn’t take a rocket scientist to figure that one out. Anyone not voting for Biden is a domestic terrorist. Not officially; not yet. But it will be, soon. Are BLM and Antifa targeted as domestic terrorists? De jure, perhaps. De facto, they can do whatever they want.

Biden is not fighting for his (political) life. The man is barely coherent. It’s almost certain he will have to resign before Christmas. Such a humiliating defeat cannot be brushed away by scapegoating a few generals. Does anyone remember The night of the long knives? Rest assured heads will roll in the Pentagon. But only the ‘right’ heads. As in: conservative generals can expect to be sacrificed. Generals who enforce critical race theory and transvestites joining the army will be promoted. Biden himself is no more than a sock puppet.

Biden has to go, that much is certain. But his minders will stay, as they weren’t elected. Kamala Harris will take over the reins of government. The only piece of good news is that she is at least as incompetent as Benedict Biden. And about as popular. Every job given to her she bungled. Does that worry her? Probably not. She’ll laugh it away. In contrast with Biden, who no longer knows anything, she knows nobody can touch her.

As long as the DNC retain a majority in both Houses, Harris can do whatever she wants. Which she will. I don’t know when the switch was originally planned. Harris wouldn’t have been Biden’s running mate without a clear understanding about when she could take over. Probably sometime next year, when the senility of Biden had become too obvious.

The situation has changed; the time schedule had to be adjusted. Biden will probably resign from office for health reasons by the end of this year. Then Harris becomes acting president. Even if her blatant incompetence prevents that, there are plenty of DNC candidates available. Nancy Pelosi, for example, is no. 3 in line for the throne.

You think the situation is bad now? Just wait until the budget has been approved. Biden is going to spend trillions he doesn’t have. Expect serious hyperinflation next year. Half the population has been forced to stay at home. They live on paychecks from the government. Right now there is a labor shortage, because it’s more profitable for workers to stay at home doing nothing.

This is exactly the way Hitler and Chavez got into power.