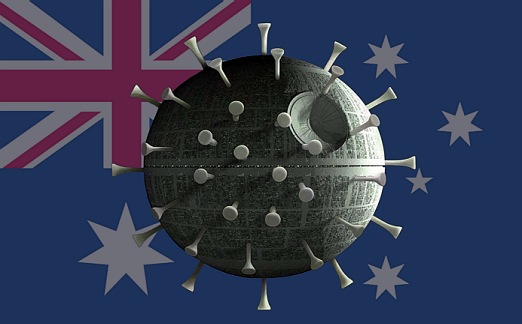 A YouTube commenter who goes by the name “ExposedTyranny” made this remark earlier today:

Fascists do not impose fascism; there’s not enough of them. Fascism is imposed by the population acquiescing to fascism, and if that stops, it’s over.

The comment was prompted by the following video of a statement by Dan Andrews, the Premier of the Australian state of Victoria, in which he announced a new rule that forbids pub patrons from removing their masks to drink their beer — when they’re outdoors:

Mr. Andrews also announced that most ordinary outdoor activities are now also forbidden (see this Sky News report for details). And, as I understand it, all this in being done into response to a negligible incidence of cases of the Wuhan Coronavirus. I don’t know how many iterations of the PCR test they use in Australia, but their number of “cases” is minuscule.

When discussed in these terms, the issue is Mr. Andrews’ judgment, or that of the health officials who advise him. That is, if the number of cases were greater, or his diktats less draconian, it might be possible to accept his rules as reasonable.

That’s not the real issue, however. The real issue is that the elected premier of an Australian state has arrogated unto himself the authority to make these decisions. And he is only able to do so because the vast majority of the population has acquiesced to his dictatorship.

Victoria has a population of roughly 6.4 million people. What would happen to Mr. Andrews’ Corona regime if, say, 20% of those people — more than a million of them — simply refused to comply? What if they went about their business normally, engaging in their routine activities, without masking or distancing or any of the other absurd fetishes of the Coronamadness?

And what if a mere 5% of the population — half a million people — were to march angrily to Parliament House in Melbourne and bellow their dissatisfaction outside the windows of their elected representatives? Or what if the same crowd were to gather outside the entrance to the premier’s private residence and shake their fists at him while rattling the wrought-iron gate?

Under those circumstances Mr. Andrews might well decide that the threat of the Chinese virus had receded, and suspend all his totalitarian rules.

But that’s not going to happen. Two years ago I would have thought it impossible that such a doughty breed could ever submit meekly to dictatorship, but that’s what seems to be happening in Australia.

Here in rural Central Virginia there was considerable passive disobedience to the ukases of Governor Ralph “Coonman” Northam during his declared state of emergency. A lot of people — probably not a majority, but a lot — simply ignored the rules and carried on as usual. For whatever reason, they weren’t afraid of the dreaded WuFlu, and they did not accept that the governor had the authority to manage the fine details of their private lives.

I don’t know what would have happened if the State Police and the sheriffs’ departments had actually tried to enforce Coonman’s edicts and arrest disobedient citizens. Maybe the vast majority would have acquiesced meekly, and we would have been in the same boat as the Australians. It will be interesting to see what happens this fall when Lockdown Two arrives.

As long as most people accept the idea that the governor, or the premier, or the president, or the prime minister can tell them what to do, then tyranny will flourish. If you consider it normal and right and proper that a political leader can simply tell you what to do, and you obey his orders, then fascism will inevitably arrive.

I don’t know what portion of the population has to reject such assertions for tyranny to be impossible, but I’m pretty sure it’s well under half. A polity becomes ungovernable if a significant percentage of the citizenry does not consider the authority of the state to be legitimate. This is what the late Mike Vanderboegh called “losing the mandate of Heaven”.

Liberty is that condition wherein the affairs of men are unimpeded by the tyrannical dictates of the State.

Freedom is a state of mind which simply refuses to be dictated to by the State. Freedom is saying, “I will not comply.”

Your liberty is removed when government goons haul you off at gunpoint and ship you to the gulag, but not your freedom. Freedom lies behind your eyes and between your ears until you draw your last breath.

I WILL NOT COMPLY. 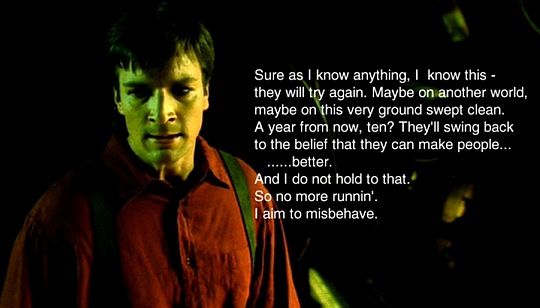 Hat tips: Vlad Tepes for the video and MissPiggy for the comment.

21 thoughts on “Acquiescing to Fascism”