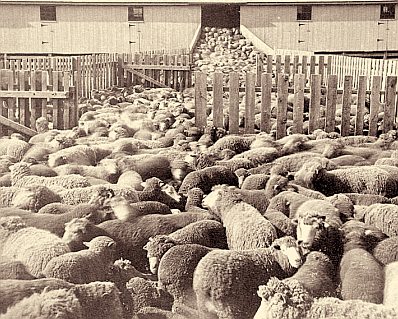 Jacques Attali is a French writer, civil servant, and former advisor to President François Mitterrand. He appeared briefly in a couple of recent videos (here and here) featuring Eric Zemmour.

The two articles below discuss Mr. Attali’s uncanny prescience about the Wuhan Coronavirus “pandemic” and the policies associated with it.

Many thanks to Hellequin GB for translating this article from Extremnews:

Jacques Attali can be described as an “insider” of the globalist hyperclass. He is the founder and first president of the European Bank for Reconstruction and Development (EBRD), president of Attali & Associés (an international consultancy specializing in strategic consulting, financial engineering and mergers & acquisitions), president of Positive Planet, former chairman of the supervisory board of Slate.fr, member of the strategic committee of the France China Foundation, etc. This is reported by the magazine Unser Mitteleuropa (Our Central Europe) with reference to a report in “MPI”.

The magazine also reports: “He is also a member of the Bilderbergers, the World Jewish Congress, the World Economic Forum, etc.

What he says or writes is therefore never without a background. Now he has published an article on his personal website on March 31 with the title “The Pandemic and After?”, in which the following paragraph should particularly catch our attention:

“We must be prepared for the emergence of new virus variants likely to be resistant to the current vaccines and the need for new lockdowns as we produce billions of doses of new vaccines at very high speeds and organize global vaccination campaigns. We will have to prepare to do this year after year, for decades; this applies to Corona and undoubtedly to many other diseases. We will then have to decide to finally do everything we should have done a year ago to prepare our society to survive as well as possible in a world of multiple pandemics: especially the reorganization of study places and workplaces so that they are structurally adapted to these periods.”

We are therefore expressly warned again here. The globalists have evidently planned a totalitarian scenario under the pretext of “epidemics” that will last for decades if we don’t stop it…

The following article can be read in English, Spanish, French and German:

Jacques Attali was an advisor to François Mitterrand, and wrote this in 1981:

In the future it will be a question of finding a way to reduce the population. We will start with the old man, because once he is over 60-65 years old, man lives longer than he is productive and it costs society dearly.

Then the weak and then the useless who do not contribute anything to society because there will be more and more, and especially finally the stupid.

Euthanasia directed at these groups; euthanasia must be an essential instrument of our future societies, in all cases.

Of course, we will not be able to execute people or organize camps. We will get rid of them by making them believe that it is for their own good.

Too large a population, and for the most part unnecessary, is something economically too expensive. Socially, it is also much better for the human machine to stop abruptly rather than gradually deteriorate.

We won’t be able to pass intelligence tests on millions and millions of people, you can imagine!

We will find something or cause it; a pandemic that targets certain people, a real economic crisis or not, a virus that will affect the old or the elderly; it does not matter, the weak and the fearful will succumb.

The stupid will believe it and ask to be treated. We will have taken care of planning the treatment, a treatment that will be the solution.

The idiots will therefore be self-selected: they will go to the slaughterhouse alone.

This selection is excerpted from his book A Brief History of the Future, published in France in 2006.