Gary Fouse has translated a Dutch article about a case that is representative of the ongoing Islamization of the Netherlands. The translator includes this introduction:

Paul Cliteur is a distinguished law professor in the Netherlands (Leiden University) and was a defense witness for Geert Wilders when Wilders was on trial for “hate speech”. In this article in the conservative Dagelijkse Standaard, Cliteur writes sarcastically of his country’s tolerance for Islamic terrorists. He addresses a recent controversy over the remarks and activism of Moussa Lghoul (Moussa L.), a.k.a. Abou Ilias, a self-proclaimed jihadist in the Netherlands and all-around angry Arab guy. Cliteur wonders why people like Lghoul cannot be deported.

Paul Cliteur: It is a big mystery why dangerous jihadists are not deported from the Netherlands

The Leiden professor Paul Cliteur writes about his “patience running out” with the soft policy toward terrorists who are dangerous to the state, and who can’t be deported. He goes further: “The Dutch system of justice, our government, the country, is endlessly patient. Completely controlled. Constitutional.” 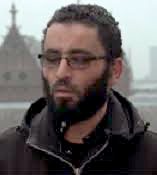 “The Hague jihadist, Moussa L. (Lghoul, a.k.a. Abou Ilias) was chased away by the police when he wanted to take action in the terror section of the Rotterdam prison because nine years’ imprisonment was demanded against two men for preparing a terrorist attack,” writes Wout Willemsen in the Dagelijkdse Standaard. Moussa had announced that he wanted to die as a martyr and that his “patience was running out,” as De Telegraaf reported. [Geert] Wilders tweeted that he had a solution for the problem: Kick Moussa out of the country.

Part of the problem is that too many people, especially people in The Hague, think that somewhere, Moussa might be a little bit right. Naturally, he cannot commit terrorist attacks. And when he does, then people say, “naughty naughty”, “wrong”, “unacceptable”. But that he, somewhere, has legitimate claims in order to think the way he thinks — that cannot be ruled out.

Take the statement by Wilders, for example, that Moussa must be deported from the country. That is not particularly fruitful. That doesn’t get us any further. Deport. Isn’t that impossible? Then to which country? Just saying it only makes things worse. And then come the reactions from the news and the discussion tables of the NPO about the words of Wilders. How unhelpful they are. What Moussa says, what he thinks precisely, and why he attaches the consequences to his attacks is not popular.

And that’s why the attacks will remain with us. Just like Wilders.

12 thoughts on “The Ghoul Who Can’t Be Deported”