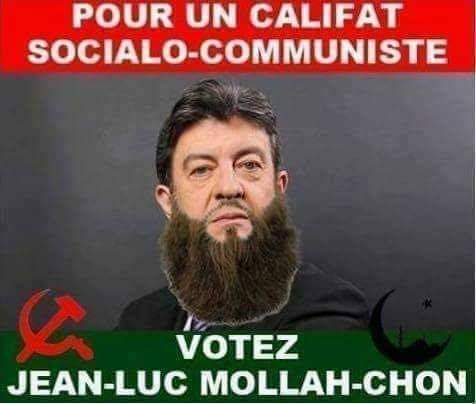 Jean-Luc Mélenchon is a French politician who was born in Morocco and ran for president in the 2017 election, coming in fourth. He belongs to the party La France Insoumise, which is not an out-and-out communist party, but was endorsed by the communists.

The video below shows a public appearance by Mr. Mélenchon in which he celebrates métissage (miscegenation) in France. MissPiggy, who translated the clip for subtitles, includes this additional note:

“I can’t live in a place where people aren’t mixed. I live in Paris in the 10th arrondissement.

“I couldn’t live in the 6th or the 7th. I can’t survive when there are only blonds with blue eyes. It’s beyond my strength. When we arrived in France, it was a horrifying for us because we had idealized France and we discovered a lost corner of Normandy.”

14 thoughts on “Celebrating the Mongrelization of France”