The COVID news kept pouring in, even when Schloss Bodissey was without electricity earlier this week. Below are three news stories about Corona-related events that have accumulated in my inbox.

First, a report from Germany about the Corona-curfews. Many thanks to Hellequin GB for translating this article from Die Welt:

The corona curfews remain in force for the time being. The Federal Constitutional Court rejects the urgent motions against the nocturnal exit restrictions. Whether the measure is compatible with the Basic Law will be examined in the main proceedings.

The Federal Constitutional Court has rejected urgent motions against night exit restrictions in the course of the “Corona emergency brake”. “This does not mean that the exit restriction is compatible with the Basic Law,” said the court in Karlsruhe on Wednesday. This question must be resolved in the main proceedings.

The First Senate justified its decision by stating that the consequences would be more serious if a stop were enacted now, but the curfew could later be declared constitutional. In addition, according to the current legal situation, the period of validity of the challenged regulation is relatively tightly limited. Nevertheless, the judges found that there was a dispute among experts as to whether the nocturnal exit restriction was suitable for achieving its goal. “It is scientifically controversial whether the nightly exit restriction is suitable for achieving its goal. Their lack of suitability is not evident,” it says in the communiqué.

However, the legislature has the prerogative to assess whether the regulation is suitable for achieving its goal. “Other means that guarantee an effective control of existing contact restrictions and a reduction in the infection rate just as effectively, but which interfere less intensively with fundamental rights, are not obvious.” The constitutional complaints are still pending. When the main issue will be decided is open. Several plaintiffs had requested that the court temporarily suspend the nocturnal exit restriction by way of an order (Az .: inter alia 1 BvR 781/21). Two weeks ago, the Bundestag passed the so-called “Federal Emergency Brake”. It has been in force since April 23 and for the first time mandates nationwide that numerous contact restrictions apply in cities and districts with an incidence value of 100 or more. With Germany-wide uniform regulations, politicians want to prevent a patchwork quilt in the federal states and get the spread of the corona virus under control. The curfew between 10 p.m. and 5 a.m. was particularly controversial. During this time, people are only allowed to move in public for an important reason, for example because they go to or come from work or have to walk the dog. However, individuals are allowed to exercise until midnight. The curfew is intended to reduce contacts and the rate of infection. 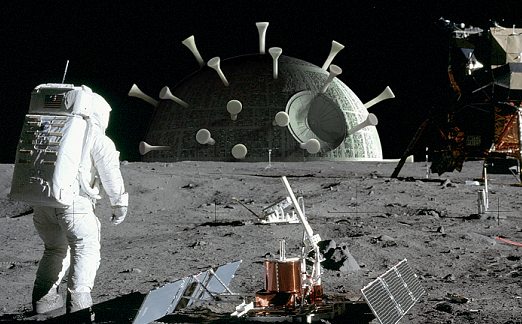 The second article, from the conservative Austrian site Unzensuriert, describes the response by the Corona Competence Team to a quarantine-breaker in Vienna. Many thanks to Gary Fouse for the translation:

Moon landing in Vienna-Favoriten. How the police moved out against a 65-year-old quarantine-breaker.

Truly a serious case for the police. Yesterday, Monday, in Vienna-Favoriten, a 65-year-old Croat reportedly broke his quarantine obligation, and in the same multi-family residence went into the home of another resident, where he reportedly gained entrance illegally.

Help from the Corona Competence Team

The alerted police, due to applicable corona regulations, called their colleagues from the standby unit “Corona Competence Team”.

With full gear, as if for a moon landing, the police officers landed on the quarantine breaker and finally arrested him for aggressive behavior.

Why do it simple when you can make it complicated?

One doesn’t know whether to laugh or cry. Instead of sending five police officers, who, probably like ⅓ of the population, have Corona antibodies, a real moon landing was staged, which creates justified fear and deliberately keeps the fear level very high among the population.

The final article from PolitikStube concerns the possible presence of microorganisms in COVID vaccines. Many thanks to Hellequin GB for the translation:

Does the Merkel regime inoculate with microorganisms?

Ken Jebsen: In the course of fighting an alleged pandemic, the federal government can recommend vaccines that may contain microorganisms that can be excreted by vaccinated people and ingested by other people.

It is enough that such a vaccination is publicly recommended! This is happening right now with the corona vaccination.

Could it be that the vaccine contains such microorganisms? It could not be ruled out.

§ 21 Vaccines
In the case of a protective vaccination ordered on the basis of this law or one publicly recommended by the highest state health authority or a vaccination according to § 17a paragraph 2 of the Soldiers Act, vaccines may be used that contain microorganisms that can be excreted by the vaccinated and ingested by other people. The basic right to physical integrity (Article 2, Paragraph 2, Clause 1 of the Basic Law) is restricted in this respect.

Anyone who thinks this is a fake can read the paragraph HERE.

One thought on “A Medley of Coronamadness”