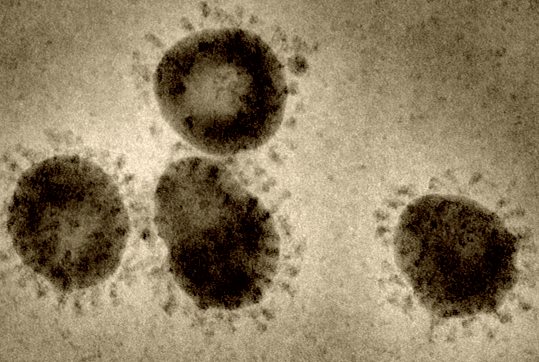 Yangon, Myanmar (Reuters) — Researchers at the King Tharrawaddy Virological Institute in Yangon have discovered a new variant of the COVID virus which they say is more virulent and possibly far more deadly than any earlier variants, even the British one.

Zaw Wai Soe, the acting Minister of Health, made the announcement on Wednesday during a Zoom conference call with high-ranking officials in the military government. Dr. Zaw Wai Soe, after consulting with the World Health Organization, determined that the new strain of coronavirus differs genetically from previous variants to such an extent that it will be given a separate taxonomic designation, Severe Acute Respiratory Syndrome Coronavirus 3 (SARS-CoV-3), and be referred to internationally as COVID-21 as a convenient and easily recognizable shorter form.

The potential lethality of COVID-21 is a result of two additional partial nucleotide sequences within the entire viral RNA genome, one of them remarkably like a partial sequence from the Ebola virus, and the other resembling the Nairovirus that causes Crimean-Congo hemorrhagic fever. Microbiologists in China and Canada have ruled out any possibility that this new strain was artificially created in a laboratory, but do not offer any explanation for the mysterious appearance of the new sequences in COVID-21.

Epidemiologists who have studied the new virus say that the following characteristics are to be expected:

Pfizer and AstraZeneca are already developing vaccines against COVID-21. Rollout is expected to begin in two to three months.

At a hastily convened press conference at the foot of the steps to Air Force One, President Joe Biden warned the American people that new sacrifices would be required of them in order that they might remain safe. He said, “Now, I know that I told my subjects… uh… citizens that we would soon be moving into the New Normal. But — c’mon, man! You can see that this… uh… new thing changes everything, and all that.”

Dr. Anthony Fauci took the microphone at that point to provide additional details: “As the president so eloquently stated, the New Normal will be delayed. When it arrives, HHS will notify citizens via a special app on their smartphones, which will also display the new rules and give people basic information about healthy practices, plus instructions on how they must behave to remain safe. The same app will also monitor their movements and activities to ensure compliance with the rules.

“I can’t emphasize too strongly that, unfortunately, we won’t be able to return to our old way of life. COVID is here to stay.”

Under the new Tier 5 restrictions, residents may only leave their bedrooms to go to the lavatory or get food from the kitchen, and must be back behind a closed bedroom door within three minutes. Using new powers granted them by the Police, Crime, Sentencing and Courts Bill, police will monitor citizens’ compliance using drones, thermal imaging, and microbots inserted through mail slots or under doors to surveil the interiors of homes.

28 thoughts on “Virulent New Strain of COVID Discovered in Myanmar”