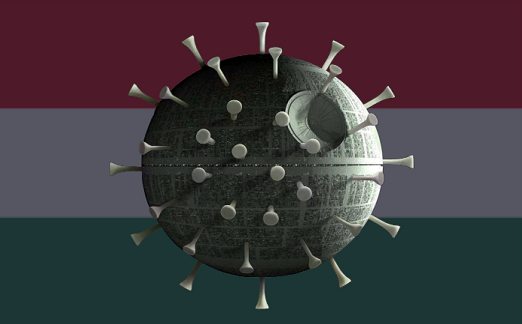 There’s more than meets the eye to the following TV news story from Hungary. The main topic of the report is straightforward enough: a culture-enricher from Yemen did pull a woman off a bus and attempt to rape her. However, the translator has noticed that there is subtle but definite propaganda in the last part of the news story.

We’ll get to that aspect of the report, but first let’s watch the video. Many thanks to László for the translation, and to Vlad Tepes and RAIR Foundation for the subtitling.

Translator’s comments regarding the main topic of the report:

It could be rape Jihad, although there is no mention of his being a Muslim, and I have no info on whether he had known his victim prior to the attack. It is worrisome that this is the first time in Hungary when the nationality of the attacker was at first omitted by the news — to the indignation of many readers (in the comments below the articles). The fact that the perpetrator was of Yemeni origin has only been published now, days later. Initially, the news was about “a man” or a “foreign man”. Hungarian women have been rather safe from this kind of enrichment so far, with very few attacks. Recently however there are more and more Muslims who stay here LEGALLY, like this attacker.

However, this video is not what it seemed to be in the first place. Only after finishing the translation did I come to realize that in reality it is an insidious propaganda piece for Corona submission. Because it suddenly hit me what a ‘beaten maskless man’ is doing in this story:

“Some days ago a maskless drunk man got punched, on bus No.9 too. Despite the requests of his fellow passengers he would not put the mask on; then the transgressor passenger started arguing with one of them, which led to the brawl.” — states TV2 in the video that started up as a crime story about a rape case.

So they almost say that the maskless man deserved it, in effect declaring maskless people fair game.

The story is also very skewed in the video. Earlier, in other news there was not much mention about a ‘brawl ‘or a ‘fight’ between the maskless man and the male Karen who finally hit him. Some days ago I heard on the radio that a man was arguing on a bus that ‘he had the right to be free of mask and that he had the power to protect himself’. And then the other man who initially Karenned him to put the mask on hit the maskless guy, who fell to the ground. So he was probably not fighting, he just got beaten up because a Karen’s ego wanted to make sure that the New Normal gets enforced against any dangerous arguments.

In other news on the same crime there was also no word about any fellow passengers who allegedly told him to put the mask on. This is probably a lie to create peer pressure on the audience. The fellow passengers most probably were silent like lambs all the way (as they usually are here in Budapest when they see a fight).

Also notice that the maskless man gets defamed when the news anchor says that he was “drunk” — to support the moral high ground of those who are masked. And then he is even called “disobedient” [of the Corona mask rules], but no name-calling for the other one who beat him up. The ultimate victim-bashing comes when the presenter says that the maskless man’s arguing led to the fight. It is similar to the way Islam says that women who do not dress properly are responsible for their getting beaten up.

Moreover, the utter insidiousness of this propaganda is the covert comparison of an innocent maskless citizen to a Muslim rapist criminal. The whole video is about the rape, but only seemingly so: in fact very few details are provided about the rape crime, and they constantly repeat those superficial ones — just to frame the story. So the rape case is only the preparation for selling the “mask crime” as something that violates the “new norms” as if they were laws, and merits getting seriously beaten up. It is a very cunning piece of brainwashing because the audience is deceived by the fact that the whole clip is seemingly about a rape — but a short segment, then changes the subject — and the whole story gets hijacked unnoticeably as we are watching it.

So the intended moral of the brainwashing: “Maskless people are like Muslim rapist criminals and they deserve to get beaten up by anyone”.

But this is not an explicit, fair message: unsuspecting people get it covertly INJECTED deeply into their subconscious minds. First the audience is made angry by the rape story, then their righteous anger is funneled into a whole different story, while their brains still carry the frame from the first story into the second one. In other words: you are induced to think that not wearing a mask is as criminal as raping someone, and you get righteously angry at ‘mask criminals’ — in a wider context with all who do not submit to the Corona ‘rules’. And on top of that, by thinking this way you voluntarily accept (internalize) the veiled threat of being beaten up if you do not obey.

This is pure fascism.

And this TV propaganda is not the only way the fascist / communist New Normal is advocated here in Hungary: for example, many times every day famous doctors on the radio state that “It is a crime against humanity to be an ‘antivaxer’,” while creepy music is playing and their righteousness is underpinned by the repeated slogan “all lives matter” (‘minden élet számít’).

The real moral of the story: we are getting brainwashed into the NWO, big time.