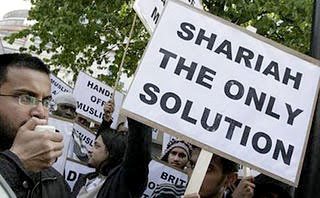 The following article from the Netherlands is a lucid and succinct summary of the problems caused by the importation of Muslims into the West.

Many thanks to Gary Fouse for translating this piece from Ongehoord Nederland:

Discussions on religion are distracting

In my previous two articles, I wrote about the usefulness and necessity of a new political system and outlined a number of suggestions on how to accomplish that.

This article and the next will be about migration. Firstly on the immense difference between the historical migration of Huguenots and Jews from Eastern Europe and modern migration. In the next article, translation into policy.

It is beyond dispute. Many societal tensions have to do with migration, citizenship, and diversity in relation to modern migration streams. How is that?

European societies, unlike in the past, are confronted with such sharp cultural differences that people wonder: Can we continue to live together? Sexual crimes in Germany, Norway, and Sweden make the problem with non-Western fellow humans manifest. The Netherlands is also struggling with this. Jews, women, and gays are victims of the multicultural society. There are surely natives who misbehave against these people, but the majority are the pre-modern foreigners who are intolerant of them. Jews cannot go out on the street with a kippah. Gays can no longer hold hands. And women can no longer go walking in certain neighborhoods. According to results from the Amsterdam Regional Police Commission, foreigners make up 75% of rapists and 69% of assailants. The Netherlands has sunk deep.

To completely shut the border is not the solution. That is not realistic. But it is also not realistic to act as if there were no problem. Islam is a problem, but that doesn’t explain all wrongs. There is more at play. This is a new political voice!

Many ascribe these (and other misbehaviors) to Islam, the religion of the perpetrators. There is much to indicate that this is, indeed, true.

Texts in the holy writings (Koran, Hadith, Sharia) such as: Kill the unbelievers (Koran 9:5); Kill everyone who insults Islam or Mohammed (Koran 33:57-61), Kill the apostates (Koran 4:89); the duty to wage war on unbelievers (jihad), “even if reluctantly” (Koran 2:216), Jews and Christians cannot be friends of Muslims (Koran 5:51), Muslims must terrorize others (Koran 8:12).

The long list of Islamic terror groups responsible for a series of attacks around the entire world, Islamic Jihad, ISIS, Al-Qaeda, Taliban, Hezbollah, Hamas, Boko Haram, Al-Nusra, Abu Sayyaf, Al-Badr, Muslim Brotherhood, Lashkar-e-Taiba, Ansaru, Jemaah Islamiyah, Abdullah Azzam Brigades and many more. And they all rely upon the holy texts of Islam. Islamic terror is, therefore, not limited to “confused crazy people” or an extreme group.

Only Muslims have problems everywhere with their neighboring peoples, whoever they are: Hindus, Sikhs, Buddhists, Christians, Jews, Baha’is, Shintos, and even themselves (Muslims with other Muslims). While any other combination of the above-named groups live together without problems. In The Clash of Civilizations Samuel Huntington lists 130 armed conflicts around the entire world. 95% of them are between Muslims and neighboring lands.

Nowhere are Muslims happy. Not in Gaza, Egypt, Libya, Morocco, Iran, Iraq, Yemen, Afghanistan, Pakistan, Syria, Lebanon, Nigeria, Kenya, or Sudan. Where are they happy? In Australia, Great Britain, Belgium, France, Italy, Germany, Sweden, the US, Canada, Norway, and India. They are happy in almost every country that isn’t Islamic.

Many testimonies and warnings through the centuries about Islam from renowned scholars, teachers, experts, scientists, and philosophers. Icons who all are wholeheartedly negative about Islam. Here are just a few illustrations:

So much aversion does not apply to the small points of the religious rules, such as prayer and fasting. The problem is the much larger part of Islam, namely the ideology. There is talk, also among Muslims, of “political Islam”. There is no “political Hinduism, Judaism or Christianity”.

All the more reason, therefore, to point to Islam as the cause for terror, atrocity, misbehavior, backwardness, and the enormous gap between Muslims and Europe. But that is not the whole story.

Religions are usually made up of religious rules and regulations, not the daily behavior and intercourse between individuals. This last one is, after genes, primarily determined by the environment in which people grow up. My behavior was primarily determined by the fact that I was born and raised in a rural Berber town in Morocco (Midelt) and not through my being Jewish. The same is true for Job Cohen, Ed van Thijn, and Jacques Wallage. They are also Jews, but behave as Dutch, and not as “Jews”.

In science, the influence of the “environment” in which a person grows up upon the behavior of people is investigated, That is how I came to the development of the “structure theory”. In it I describe a continuum from an extremely fine-meshed structure of behavioral rules and codes (the F-structure) to an extremely course-meshed structure (the G Structure). The F-structure is characterized by great tightness with little room for nuances. In all behaviors. While the G-structure is characterized by a loose, flexible approach with room for nuances and putting things into perspective. This classification of F and G has application for societies, groups, and individuals.

On this scale (from F and G), Europeans and other Westerners (The West) score high on the G-structure, and Arabs and other non-Western societies (The Rest) score high on the F-structure. The cultures on the F structure, for example, are characterized by a strict hierarchy, non-nuanced (black/white) thinking, such as in the difference between good and bad, friend and enemy, in and out group (own group vs. the others), man/woman, boy/girl, chaste or whore. While with the G-structure almost everything is fluid; there is a lot of room for nuances and perspective, but also for the individual fulfilling and interpretation of rules and codes.

The described characteristic of the F-structure is found in Islam. No wonder; religion is like a river: it takes on the color of the ground over which it flows. Two examples to illustrate:

Islamic morality recognizes the unique concept of “taqiyya”, hiding the true goal, lying about the true purpose when the intention is to strengthen Islam. Hadith: Bukhari (84:64-65); Ali affirms that lying is permissible in order to mislead the enemy.

It is clear that the F-structure contains a system of pre-modern values that are incompatible with the modernity of the West. This gap is the most important cause of the misery with the present migrants and asylum-seekers. Yet when the carriers of premodern values are Muslims, then you have an extremely poisonous cocktail. Consequently, the Structure theory thus also explains the intolerance, the hardheadedness, and the cruelty of Islam toward followers of other religions and unbelievers in the Scriptures.

Discussions over religion are distracting. A shadowy and silly debate then follows over the interpretation of texts from books that you cannot or don’t want to accommodate, in place of the behavior of individuals or groups. The cultural approach, however, offers perspective, also for those with pre-modern values. This is a major difference with the religious approach. In the next article migration policy, which is connected to this.

Professor David Pinto is professor-director of the Intercultural Institute (ICI) and publicist. He is a permanent article writer for Ongehoord Nederland. (ON)

6 thoughts on “A Structural Incompatibility”