It seems that the Brave New World has finally arrived, ushered in by means of a genetically modified virus — a device that few prophets of dystopia predicted.

In many European countries, people are now violently taking action against the government’s Corona measures and are defending themselves. In Germany, too, there is tentative resistance.

“How long will Michel* keep still?” A good friend asked me over the weekend. The time to rehearse the collective uprising has long since passed. Unfortunately, the average German citizen still believes these restrictions are correct.

However, anyone who takes the trouble and reads the headlines in the media can no longer deny the reality. This is evident in all corners and edges. Sledging children are arrested with their parents in Hamburg because they allow themselves a little free time and fun, while doctors already have verifiable evidence of mental disorders caused by the imprisonment of the people.

There is demonstrably no excess mortality for 2020, writes Der Spiegel today, but an over-vaccination. The Ministry of Health ordered more than 230 million vaccine doses for almost 80 million people.

First elections are only held by postal vote. The Ministry of Economic Affairs also wants to maintain the lockdown if the incidence number falls below 50; previously it was 100.

The attempts to establish a totalitarian government in Germany can be clearly seen in everyday life, and nobody can later say that they did not know anything about it. In the Netherlands people are already fighting for their freedom in the streets. In other countries, too, there is clear resistance, and it is only a matter of time before a showdown takes place between the people and the government.

However, there are already losers. Our life, our freedom and our trust, all of that is gone, because the corona crisis is a turning point in human history. It is nothing less than the global attempt to subjugate the world population under the specter of an emergency, united in fear. This is unique in human history. Any James Bond opponent who has tried to usurp world power looks ridiculous compared with the Corona plan. Even Hollywood hasn’t thought of this in 50 years.

But this is real and serious. You may not share my opinion, either, but I see what I see, and that means for me a global, artificially sustained state of emergency in order to finally implement measures globally that would have been unenforceable by democratic means. Climate change, environmental problems, migration and everything else can be brought under control during the Corona emergency. Because to solve these problems you need two things: human freedom must be prevented and the existing economic system must collapse in order to create something new afterwards. All of this is happening right in front of all of us, and it is by design.

Such thoughts may be banished to the realm of the tinfoil-hat wearer and be viewed as too far-reaching, but the arguments now fit the global crisis and situation and provide the appropriate solution for all problems. It cannot be a coincidence, and to create a crisis through a virus, yes you have to imagine that first.

But here neither James Bond nor any other superheroes will save us. We must become the superheroes ourselves if we want to win the war that has been declared on us. We will have to fight. For our future, our rights and our freedom. Otherwise we will be consigned to the new realm of world domination that will keep us in check with the fear of a virus.

Courageous people have already taken up this fight, and we have to make a decision in Germany, too. Liberty or bondage. What did Adenauer say? We choose freedom. 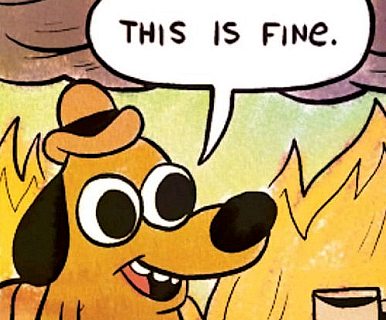 4 thoughts on “Is Europe Sinking Into Chaos?”