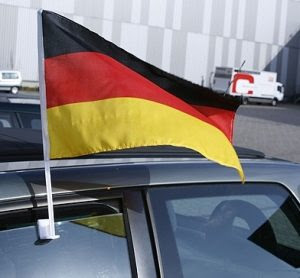 There’s an old joke about a man who is diligently searching for something in the gutter at night under a street light. A passerby stops and asks him what he is looking for.

“My car keys,” the fellow replies.

“You lost them here, in the gutter?” asks the stranger.

“Then why are you looking for them here?” asks the second man in astonishment.

“Because the light is better here under the street lamp.”

I bring this up because of a question that someone asked in the comments last night: “[T]his blog is very pre-occupied with Germany. In on those 4th Reich conspiracies are we?”

I explained to the suspicious commenter that I post a lot of German stuff because Vlad and I have three hard-working volunteer German translators. That’s why we get so much material on Germany and Austria.

I also told him that Vlad badly needs a French translator. If anyone would like to translate French (or any other language), please email me at gatesofvienna {at} chromatism {dot} net with your contact information, and I’ll ask Vlad to get in touch with you.

In the meantime, you’ll continue to see a lot of German material here (and in Vlad’s videos). The light is better in Germany.

4 thoughts on “Why Such a Kraut-Rich Environment?”